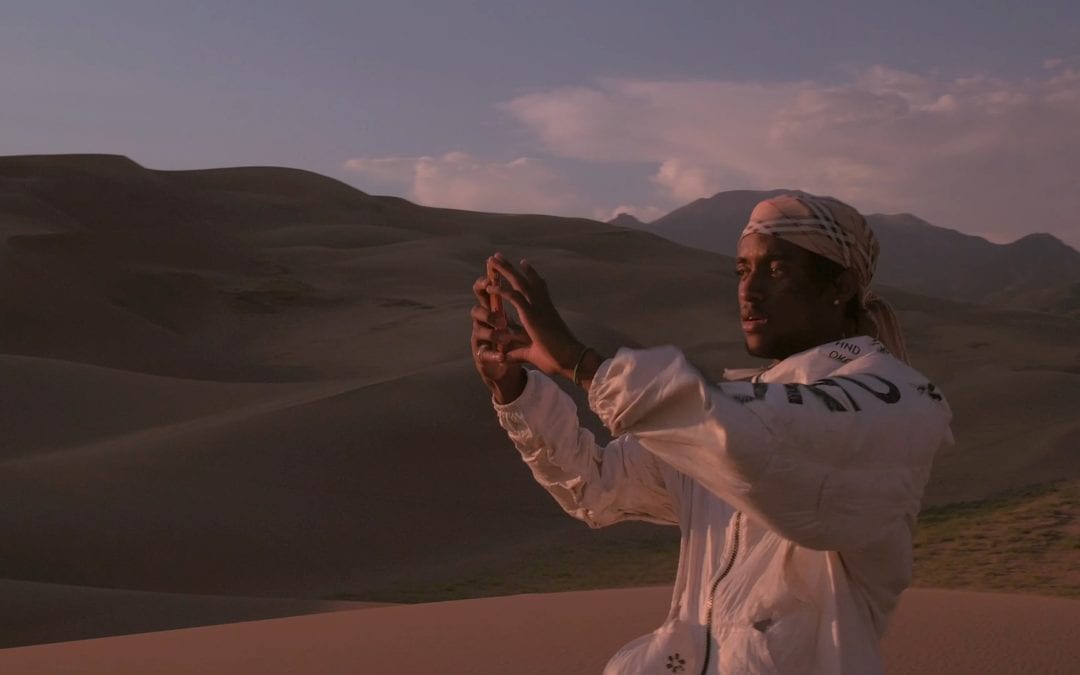 In July 2015, a Flight for Life helicopter faltered shortly after takeoff from a Frisco hospital and crashed into the parking lot. In fewer than 3 seconds, the chopper burst into flames.

Television news reporter Chris Vanderveen of 9News did a fine job in offering stinging answers about why that shouldn’t have happened in a 2015 exposé about fuel tank safety. But if you want to know what happened to Flight for Life nurse Dave Repsher — who survived but suffered burns over 90 percent of his body — the Denver Film Festival (running through Nov. 8) and director Michael Mazzanti have a deeply touching story about determination, marital grit and community to share.

The 42-minute doc “D-Rep” screens during the festival in a “Colorado Stories” package, along with “Fresh Tracks.” Directed by Hans Rosenwinkel, the latter focuses on Paul Leimkuehler, a World War II veteran and prosthetic innovator, who arguably became the father of adaptive sports. The films are part of the festival’s Colorado Spotlight.

For years, Denver Film Festival and parent organization Denver Film have been mindful of the challenges area filmmakers face.

“Our role historically has been a place to celebrate local film,” said Spotlight programmer Neil Truglio. A local filmmaker himself as well as a Denver Film veteran, Truglio sees the ways in which the festival can expand its supporting role in local filmmaking. It’s a commitment he’s carrying over from the work of late artistic director Brit Withey.

Programming the Colorado-related slate for the second time, Truglio’s aware that there is a vital role the region’s premier film organization can play for Colorado film and filmmakers beyond celebration. Although when the Denver Film Fest — with its regional, national, even international profile — offers a berth to a movie, its recognition is no small matter.

“I’d like to see us advocate for deepening the conversation and awareness around local film,” he says. This year’s expanded program could be that springboard.

A real beauty worth mulling, the evocative non-fiction (of a sort) film “Crestone” takes its name from the high desert community in Saguache County. That’s where filmmaker Marnie Ellen Hertzler tracks down one of her high school friends who lives a willfully hardscrabble existence with a group of fellow dude creatives. They smoke weed, riff on life and beyond, and scribble rap lyrics and make music they upload to Soundcloud.

Although these fellas often bemoan the ills of tech, each of them appears to keep tabs on his Instagram account. It is a visually lyrical film, one that requires the viewer to be a very savvy listener, too, because Hertzler’s ruminative voice-over answers some of the viewers’ quandaries, echoes our doubts and chews on her own place as participant and observer, friend and interloper.

Hertzler and director of photography and co-writer Corey Hughes’s spin a heady outing. Seemingly pre-apocalyptic, “Crestone” is poetic with an edge.

Another film, writer-director Jack C. Newell’s “Monuments” (partially filmed in Colorado), brings Western whimsy to the matter of grief. A professor of Egyptology, Ted (David Sullivan) spends a lot of time teaching about death and the pharaohs’ approaches to dealing with it. When wife Laura (Marguerite Moreau) dies unexpectedly, her ashes become the cause of family drama — and indie flick comedy.

The action is fleet and playful, even as Ted sets about giving his wife the funerary treatment she’d have wanted. Or, at least, the one he thinks she would have wanted, since they’d only just patched up their wobbly marriage when she died.

Ted’s journey requires a loopy road trip from Colorado to Chicago, one that features a swinging barroom dance, another bereft spouse (well played by Shunori Ramanathan), and a chase through a cornfield, all culminating with a visit to the antiquities floor of the Field Museum.

While “Most Guys Are Losers” was filmed in Chicago’s Naperville suburb, the rom-com’s heart belongs in Denver. Writer-director Eric Ustian fashioned a sweet bit of business from the story of a Denver bar owner and his family.

In 2015, Mark Berzins, the father of three daughters, wrote “Most Guys are Losers and How to Find a Winner: Dating Wit and Wisdom From Your Dad.” (Berzins’ Little Pub Company owns a slew of area watering holes.)

Ustian took the book and imagined what it might be like for the poor guy who has to meet the dad of his girlfriend and author of that guide. Mark Provost and Grace Fulton are likable as Bo and Sandy, the anxious lovebirds who travel from California to Illinois for Thanksgiving. Mira Sorvino and Andy Buckley are well-matched as Sandy’s parents, Mark and Amy; she calls him on his bullheadedness more than once.

But it’s the comedy’s depiction of Taylor, one of the Berzin kids, that pulls off something lovingly understated. In the movie, Mark and Amy took Taylor in when his mother kicked him out of her house for being transgender. For the role, Ustian cast Mark Berzins’ nephew Aiden, who is transgender.

While you don’t need to know any of this to appreciate Aiden Berzins’ nuanced turn as Taylor or Taylor’s peace-keeping role in the family drama, it does add to the already-palpable tenderness of scenes between the characters Mark and Taylor.