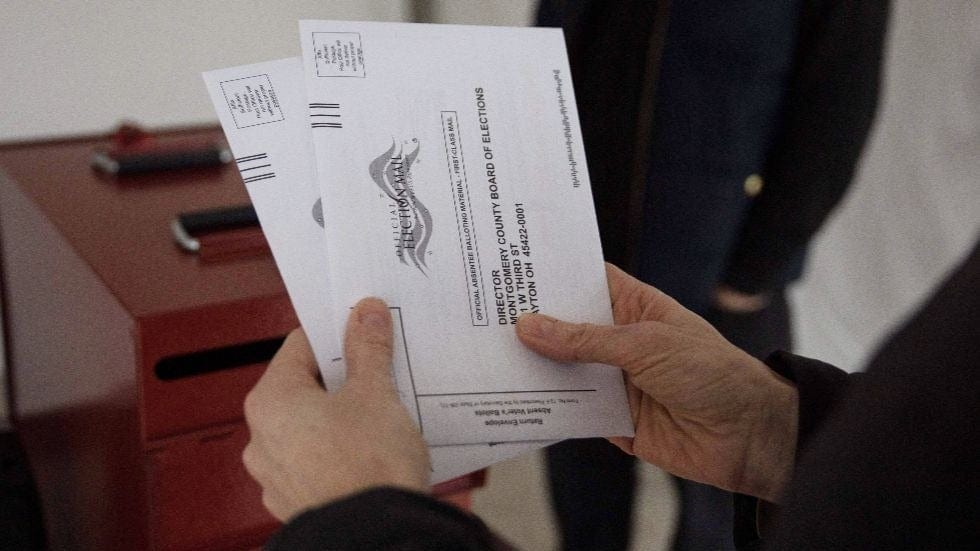 Lawmakers and voting advocacy groups took part in what amounted to a sustained campaign calling for the country to ensure people could cast votes either in person or by mail despite the coronavirus crisis.

“This next month is critical for our democracy, I can’t think of another time when we faced something quite like this in terms of our limitations,” Klobuchar told reporters. “I think we can do this, I really do, we simply must make sure that people have the right to vote.”

The proposal has support from other Democrats, but they face opposition from Trump and other Republicans who oppose requirements on how states would be able to spend the money.

Trump said this week that election changes proposed by Democrats would hurt Republican chances to win elections in November.

“The things they had in there were crazy, they had things, levels of voting that if you ever agreed to, you would never have a Republican elected in this country again,” Trump said of the original House stimulus proposal during an appearance on “Fox & Friends.” The proposal included requirements for states to expand both in-person and mail-in voting.

“Election officials are facing unprecedented challenges this year, and they need more resources from Congress to help keep elections safe, accessible, and secure amid the pandemic,” Lawrence Norden, director of the Election Reform Program at New York University’s Brennan Center for Justice, said during a separate press call Thursday.

The Brennan Center put out a report last month estimating that at least $2 billion was needed to ensure Americans were able to vote in the general election.

“We’re running out of time to get this right,” Sean Eldridge, the director of political nonprofit Stand Up America, said during the same call. “None of us know how long this pandemic will last, and no American should have to choose between protecting their health and exercising their right to vote.”

Microsoft is also pushing the issue, suggesting as part of a set of new policy recommendations that governments look at expanding absentee ballots and curbside voting.

The company urged the federal government to provide state and local officials “consistent funding” to boost both election security and coronavirus response efforts.

Many Republican leaders at the state level back more funding or are moving forward with mail-in voting efforts.

Wyden described this support as “a bit of a disconnect between conservatives at the local level and what we have been up against in D.C. in regards to Mitch McConnell.”

“Election officials work in a bipartisan manner daily, and both of us have worked with governors of the opposing party to implement successful voting reforms in the past,” Hobbs and Wyman wrote. “We need Congress to take the same approach to securing our elections during this pandemic and provide the financial resources states need to protect the future of our country and democracy.”

California Secretary of State Alex Padilla (D) joined voting rights representatives at the University of California at Los Angeles on Thursday to underline the urgency of getting funds to states now, saying he had been talking with other secretaries of states “non-stop” about these efforts.

“The time is now to make that decision,” Padilla said of moving to vote by mail.

While the state officials and voting rights advocates pushed hard Thursday for more funding, they also emphasized their appreciation for the $400 million already on its way to states as part of an earlier stimulus.

These funds will be funneled through the Election Assistance Commission, which put out a detailed project timeline for implementing vote-by-mail by November. The timeline, which includes everything from designing ballots to security requirements, highlights the time crunch involved to adapting elections to reflect coronavirus challenges.

Wyden, who was elected to the Senate through the use of mail-in voting, emphasized that efforts to change elections did not constitute “reinventing the wheel.”

“Four hundred million is a down payment, we are going to keep pushing until we get to $2 billion,” Wyden said.