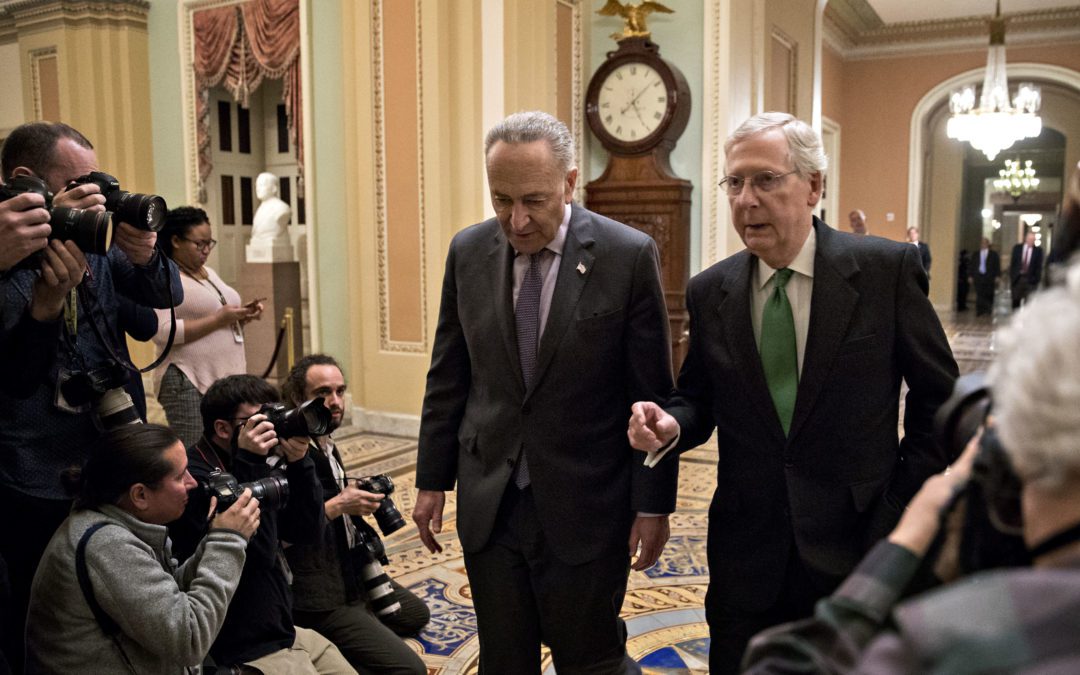 Big money donors are rushing to support Democrats in competitive U.S. Senate races as they sense an opportunity to take back the chamber from Majority Leader Mitch McConnell and his fellow Republicans.

These wealthy fundraisers are targeting Republican-held seats in Maine, Colorado, North Carolina and Arizona that are seen as toss-ups this fall. They are also focusing on states such as Iowa and Montana, where the Senate races are rated “lean Republican” by the online political analysis organization Cook Political report. Republicans have a 53-47 edge in the Senate, as two independents caucus with Democrats.

All campaigns have had to get off the trail and go fully virtual during the coronavirus pandemic. That hasn’t stopped financiers from working the phones, securing new donors and helping set up digital fundraising events for their preferred candidates. These virtual fundraising gatherings for Senate candidates, many of the organizers said, have become regular occurrences in recent weeks due to how cheap and easy they are to set up through Zoom conference calls.

Campaigns and hosts no longer have to spend large amounts of money on renting venues or catering food. The in-person events often would target donors that were based in a particular city. With virtual calls, candidates have a broad appeal to donors across the country and, in some cases, American citizens living abroad.

“It used to be that candidates visited high dollar, multi-event cities, which excluded interested voters and supporters in cities like Scranton, PA [Pennsylvania],” Julie Zebrak, a political consultant and fundraiser, told CNBC. “Now, no matter where you live, supporters have the opportunity to hear from and – more importantly – ask questions of the candidates they consider supporting.”

Donors’ renewed sense of urgency for winning the Senate comes as former Vice President Joe Biden, the apparent Democratic nominee, enjoys a 5-point national lead over President Donald Trump in the Real Clear Politics polling average. Democrats are favored to hold on to their majority in the House.

“Flipping the Senate is just as critical as ousting Trump from the White House,” Zebrak said.

The donors think Trump’s response to the coronavirus could further hurt him and his party with voters. “Trump’s chaotic handling of the coronavirus and falling poll numbers give us hope,” Bob Crowe, a partner at Nelson Mullins and a congressional donor, told CNBC.

None of the Senate candidates that are running in toss-up states returned requests for comment.

According to people with direct knowledge of the matter, Jon Henes, a partner at law firm Kirkland & Ellis, has started raising cash for Democrats running in high-profile Senate races: Montana Gov. Steve Bullock,  former Colorado Gov. John Hickenlooper, Maine House Speaker Sara Gideon and North Carolina Army veteran Cal Cunningham. These people declined to be named as the moves are being made in private.

Gideon is the favorite to win her primary and take on longtime Republican Sen. Susan Collins. Gideon has the slight edge over Collins in how much she’s raised, bringing in $14 million in the 2020 election cycle compared with the GOP incumbent’s $13 million, according to the nonpartisan Center for Responsive Politics. Collins, though, has a super PAC supporting her and has slightly more cash on hand. Both candidates are financing their campaigns on donor checks larger than $200.

Charles Myers, a former vice chairman of Evercore, is co-hosting a virtual fundraising event at the end of May for Gideon with Alex Lasry, senior vice president of the NBA’s Milwaukee Bucks, a person familiar with the effort said. The goal is to raise up to $75,000, this person added. Lasry is the son of Bucks co-owner Marc Lasry.

Henes has become a power player within Democratic Party fundraising circle since he was Sen. Kamala Harris’ national finance chairman during her run for the White. He is also helping Biden raise campaign cash. Harris, who is often mentioned as a potential vice presidential pick for Biden, has been hosting an online “Meet the Candidates” series for donors to get to know many of the candidates who Henes and her other previous financiers are assisting.

Myers, Henes and a spokesman for the Bucks did not return a request for comment.

The Democratic Senatorial Campaign Committee, the campaign group for Senate Democrats, also edged its rivals, the National Republican Senatorial Committee, with March fundraising totals. The NRSC was ahead of the DSCC in cash on hand going into April, however.

Zebrak, who also once backed Harris, said she is now pushing people in her network to back Cunningham, Gideon and Bullock, as well as Amy McGrath, who is aiming to overtake McConnell in Kentucky, and Alabama’s Doug Jones, the most vulnerable Senate Democrat this cycle.

Deven Parekh, a managing partner at investment firm Insight Partners, and former Ambassador Jane Hartley, are leading a Senate fundraising effort with some other supporters of a big money joint committee that helps House Democrats, according to people familiar with the matter.

Since at least December, when in-person events were still taking place, Parekh and Hartley have helped organize Senate Democrat events in New York including one for Theresa Greenfield, who is running to replace Joni Ernst in Iowa; MJ Hegar, an Air Force veteran trying to defeat Sen. John Cornyn in Texas; and Cunningham and Kelly. That gathering, which featured Senate Minority Leader Chuck Schumer, finished raising close to $1 million, one of the people added.

Parekh and Hartley have continued to help raise campaign cash throughout the coronavirus pandemic for many of these candidates, along with others in competitive states, these people added. They have strong ties to Wall Street executives Blair Effron and Roger Altman.