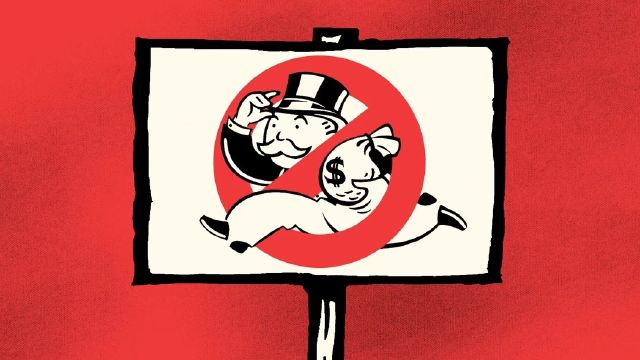 Liberals in the state legislature dropped a last-minute bill this week to radically alter a proposed ballot initiative for November that would reduce property taxes.

The group won approval for Initiative 27 at the end of May, permitting signature collection to proceed. Under existing law the measure would allow voters to consider across the board property tax cuts in November.

But now Democrats are attempting to sabotage the effort because they know the property tax cuts will be popular with voters.

Here’s what the Democrats bill will do:

The bill would make it so that the approval of Initiative 27 would only lower the property tax rate for lodging and multi-family buildings — instead of lowering taxes across the board. It does that by changing some of the legal language upon which the initiative is built.

“There’s no doubt that it’s a direct assault, not allowing voters to weigh in on a larger property tax cut,” said Michael Fields, the organizer behind Initiative 27.

Lawmakers introduced the bill after the ballot language was approved for the November ballot.

It sets a precedent that allows lawmakers to simply defuse ballot initiatives by re-engineering the law before measures are passed, Fields said.

The editorial board slammed the underhanded move as a “back alley shell game.”

It would spin off the state’s two property tax classifications — commercial and residential — into a tentative five or maybe six new categories. That would pull the rug out from under the citizens ballot initiative, which explicitly pegs its cut in property taxes to the old classifications. If Hansen and Rankin’s bill is signed into law, it will reclassify much of Colorado’s commercial and residential property so that any subsequent tax cut won’t apply to it.

As a result, it would pare the more than $1 billion a year in savings to taxpayers starting in 2023 under the ballot proposal to about $200 million over two years. […]

It’s a back-alley shell game. It’s also playing dirty — a late hit. The ballot proposal’s formal title, indicating its aim and scope, already has been set by the state. It cannot be changed to apply to the new tax-assessment categories in time to make this year’s ballot.

If this all sounds illegal, it’s because it likely is.

The @coloradodems are planning to reverse the voters’ ability to vote on a tax cut by throwing out this last-minute, terrible bill.

Voters don’t want to be cheated. This won’t end well for the Dems. #coleg #copolitics https://t.co/1nadnGswZW

Democrat state Sen. Chris Hansen insists the effort to curtail the proposed property tax cut initiative does not constitute an “end-run” around voters.

However, Hansen’s fellow bill sponsor, Republican State Sen. Bob Rankin, has been a little more honest about the bill’s aim to subvert the intent of the ballot initiative.

“I believe that (tax-cutting) ballot measure will make it to the ballot, and I actually believe it will pass,” Rankin said.

“I think what we’re doing here is trying to make room for that, but we’re also trying to say, ‘Here’s how it fits with the longer-term strategy of protecting homeowners from a rapid increases’ — but at the same time, making sure that our state agencies and local counties and districts have viable funding,” he said.

Voters who live in Senate District 8 might feel inclined to call Rankin at 303-866-5292 and tell him he should not be teaming up with Democrats to cheat voters out of an across-the-board property tax cut.

If he believes property tax cuts are bad for local governments, then he should make that argument to voters — not silence them before they even vote.

There are also broader implications of this effort to preempt voters regardless of how anyone feels about the current dispute.

If Democrats in the legislature successfully silence voters here, they will surely attempt to short-circuit other citizen-led ballot initiatives in the future.

Let’s speak up and make sure that doesn’t happen.