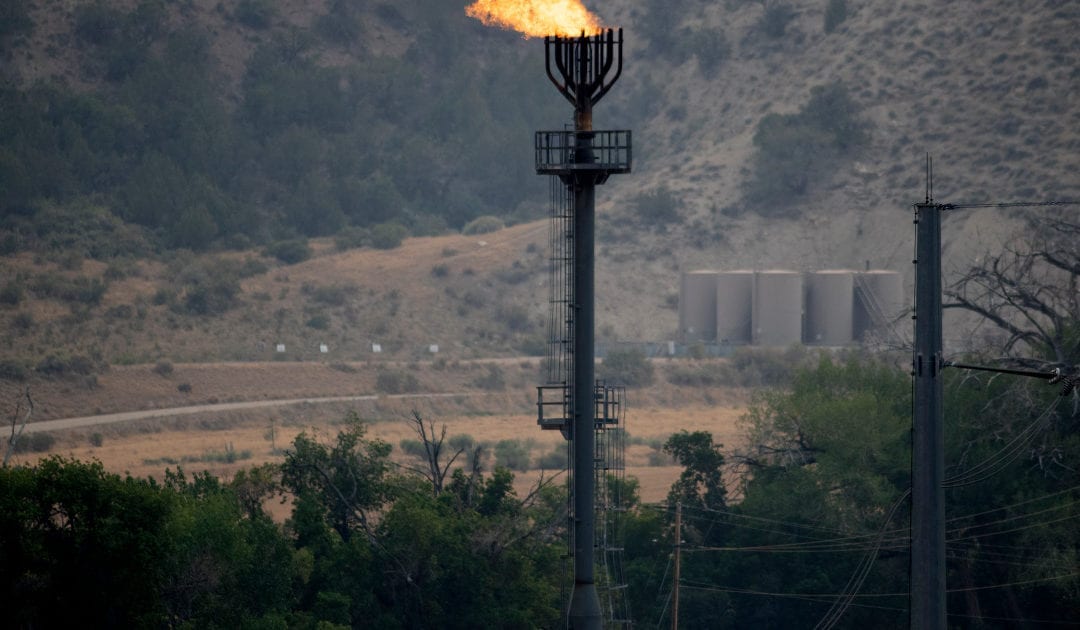 The legislators who wrote a law overhauling the state’s oil and gas rules clashed with Western Slope local officials who will have to deal with the changes at a Colorado Oil and Gas Conservation hearing Monday.

The hearing, held on Zoom, was the first day of a six-week review of proposed rules to reorient the commission’s mission from promoting oil and gas development to protecting public health, safety and welfare, and the environment.

The new rules would also redefine the role of local governments in the process of siting and approving oil and gas operations, and that’s where legislators and county commissioners butted heads.

The position of more than half a dozen Western Colorado officials – during the public comment part of the hearing – was that the legislation mandating the regulatory overhaul, Senate Bill 181, either gives local government primacy on oil and gas siting or creates a situation where local decisions are derailed by the state.

Senate Majority Steve Fenberg and House Speaker KC Becker, co-sponsors of Senate Bill 181, and both Boulder County Democrats, took issue with the analysis. “Both the COGCC and local governments have the ability to regulate oil and gas,” Becker said.

“Local government regulations can only be stricter than state,” she said. The law “does not grant them exclusive authority to regulate surface impacts.”

Ray Beck, a Moffat County commissioner, said “it does us no good to be able to adopt more restrictive rules because the state’s floor is so restrictive.”

At issue is language in the bill that says nothing in one section of the law creating COGCC authority alters, impairs or negates the authority of local governments to regulate oil and gas operations.

Fenberg told the commission that the citation disregards the context of the paragraph and removes part of the sentence that modifies the position of local government.

“The bill was meant to create stricter regulations,” Fenberg said. “You can disagree with the legislation … you can’t change its intent.”

But local officials did question the intent. Janet Rowland, who is running for county commission in Mesa County, read from the official legislative record in which both Fenberg and Becker said an aim of the legislation was to bolster local control. “It is not make-believe,” Rowland said.

The law “does and is intended to do the opposite of what legislators told you,” said Diane Schwenke, CEO of the Grand Junction Area Chamber of Commerce.

Terry Hofmeister, chairman of the Phillips County Board of Commissioners, said “any disputes about what SB-181 means should be decided in the courts … not what the bill’s sponsor said.”

A call for a more robust state position and the need for statewide standards came from Boulder County commissioners Elise Jones and Matt Jones.

“My belief is the draft rule needs to be strengthened,” Elise Jones said. “Coloradans must have a strong foundation of protections no matter what ZIP code they live in.”

State Senator Mike Foote, a Lafayette Democrat and a co-sponsor of Senate Bill 181, urged the commission to use its power, where appropriate, to reject permit applications regardless of local decisions. “You have the statutory power to deny permits,” he said. The question, he said, is, even if a project “may check all the boxes, is it really protective of public health?”

A total of 121 people signed up to offer public comments in three sessions Monday. In the first two sessions, 60 people testified with 23 supporting the oil and gas industry and 37 offering various environment and community positions, which in general sought strong rules.

The start of the hearing was delayed an hour, victim of a nationwide crash of the Zoom teleconferencing service.