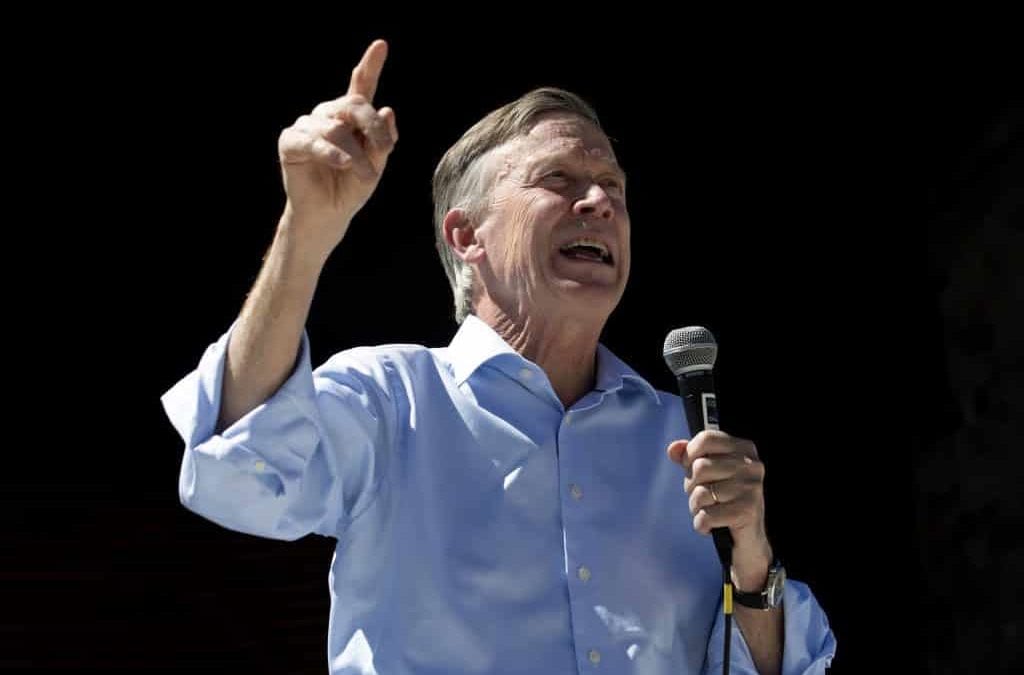 DENVER — Democrat John Hickenlooper has defeated Republican Sen. Cory Gardner in one of the closest-watched Senate races in the nation.

Gardner was widely seen as one of the most vulnerable Republicans because Colorado had shifted strongly to the left since his election to the Senate in 2014. Hickenlooper is a popular former two-term governor who relentlessly tied Gardner to President Donald Trump during the race.

Gardner struggled to distinguish himself from the president. He touted a sweeping public lands bill he coauthored, a national suicide prevention hotline he launched and various federal goodies he secured for Colorado. But none were enough to escape from Trump’s shadow.

Democrats have won every statewide race since Gardner’s election, with the exception of a board of regents position in 2016.

The election caps a four-year push by Democrats in Colorado, a state that was once known for its status as an evenly divided partisan battleground but has become reliably Democratic under Trump.

Gardner, 46, has been something of the last of his kind, a relic of a barely red-leaning state in which rural and urban areas had equal sway.

Gardner noted on the campaign trail that he was the only statewide elected official not from the fast-growing Denver metropolitan area. Instead, the smooth-talking, sunny-demeanored senator hailed from the small town of Yuma in the state’s rural eastern plains and bemoaned how Hickenlooper catered too much to Denver by, for example, vowing to cut fossil fuel production.

Gardner’s vulnerability in the state was a magnet to more than a dozen Democrats who lined up to challenge him last year as the state’s most prominent member of their party, Hickenlooper, instead mounted a quixotic bid for the presidential nomination. Hickenlooper, who was notoriously uninterested in the mechanics of legislation while he was governor, had said repeatedly he didn’t want to be a senator.

But Washington Democrats saw the well-known former petroleum geologist-turned-brewpub-magnate as the safest bet against Gardner, a champion fundraiser and famously agile and on-message politician. Hickenlooper abandoned his presidential bid and cleared most of the Democratic field as Gardner’s challenger, easily winning the party primary.

Gardner hammered Hickenlooper for being found to have violated state ethics laws by taking a private plane and riding a limousine in Rome. He tried several other lines of attack, too — arguing Hickenlooper was too self-absorbed to represent the state well, had swung too far to the left and had it in for rural Colorado.

Hickenlooper ran what many Democrats saw as an uninspired campaign, notably devoid of his trademark quirky ads that in prior elections had included him skydiving despite his fear of heights and showering while fully clothed to wash negative ads off. Instead, Hickenlooper, 68, spoke generally of a need for “new blood” in Washington and repeatedly hit Gardner for the senator’s effort to overturn the Affordable Care Act.