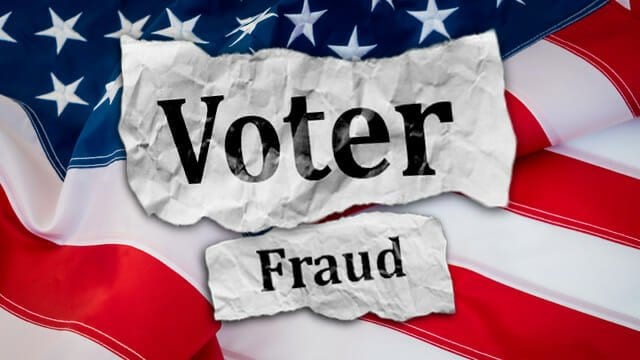 The Colorado Secretary of State’s office is claiming they accidentally mailed non-citizens, illegals and dead people postcards urging them to vote in the upcoming election.

The current Secretary of State of Colorado is Democrat Jena Griswold.

The Democrats sure love their dead voters.

A woman named Karen Anderson told CBS4 that she received a postcard for her mother who passed away 4 years ago and hadn’t lived in Colorado since 1967.

How did this woman’s deceased mother who hadn’t lived, voted, worked or owned property in Colorado since 1967 end up on this list?

CBS4 has learned of about a dozen people who received the postcards who shouldn’t have. They went to a deceased woman in Las Animas County, six migrant workers in Otero County, a Canadian in Douglas County, a man from Lebanon in Jefferson County, and a British citizen in Arapahoe County.

[Karen] Anderson wonders, “How many went out that nobody called in about it?”

She says the State of Colorado even issued her mom’s death certificate. While her mom lived in Florida, she says, she died while visiting here.

“I don’t know where they’re harvesting names from but (they’re) doing it without obviously doing any kind of check,” said Anderson.

Judd Choate, Director the Secretary of State’s Elections Division, says they go to great lengths to ensure the accuracy of the state’s voter rolls but every election some people end-up on the mailing list who shouldn’t be there.

“Colorado does virtually every single possible thing it can do reasonably to clean its voter rolls,” said Choate.

Choate says the list they used for the postcards is compiled by the National Electronic Registration Information System using data from multiple sources including motor vehicles, national and state death records, change of address forms, even voter rolls in other states. He says his office then does a second vetting.

The Colorado Secretary of State’s Office says they mailed 750,000 postcards to people urging them to register and they expect 10% of those people to vote.

Judd Choate, the Director of the state’s elections division says he’ll take his chances that a number of people will get the postcard who shouldn’t, such as illegals or dead people if it means increasing voter turnout.

The post Democrat Colorado Secretary of State Mails Postcards to Illegals and Dead People Urging Them to Vote appeared first on The Gateway Pundit.