Dem Gov. Jared Polis of Colorado says because of vaccines the COVID-19 ’emergency is over’ – twitchy.com 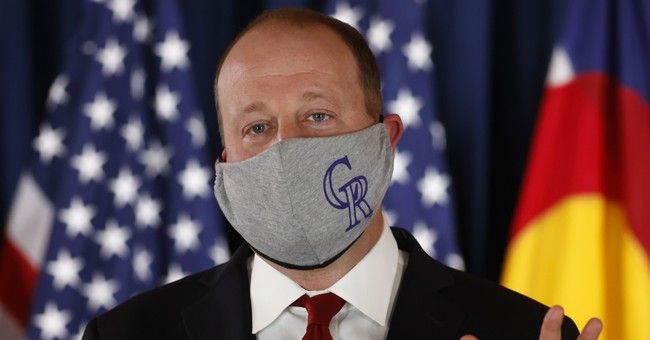 Colorado Dem Gov. Jared Polis said in a recent interview with Colorado Public Radio that because of vaccines the COVID-19 “emergency is over.”

“We see it as the end of the medical emergency. Frankly, people who want to be protected [have gotten vaccinated]. Those who get sick, it’s almost entirely their own darn fault… I still encourage {unvaxxed} to get protected.” @jaredpolis on not returning to the mask mandate. 💯

Warner: It has been about a year since the first doses of vaccine arrived in Colorado. You see the arrival of the vaccine as the end of mask mandates statewide. That’s your position?

Gov. Polis: We see it as the end of the medical emergency. Frankly, people who want to be protected [have gotten vaccinated]. Those who get sick, it’s almost entirely their own darn fault. I don’t want to say that nobody [will get the virus if they’re] vaccinated, but it’s very rare. Just to put it in perspective, of the about 1400 people hospitalized, less than 200 (or 16 percent) are vaccinated. And many of them are older or have other conditions. Eighty-four percent of the people in our hospitals are unvaccinated, and they absolutely had every chance to get vaccinated.

We’re talking, as you indicated, a year since the vaccines [became available]; everybody has had the chance to get vaccinated. And at this point, I think it’s almost like they made a deliberate decision not to get vaccinated. I still encourage everybody who hasn’t been vaccinated to get protected. And for those who are, make sure to get that booster after six months. The data shows it’s important and very likely even more so with this omicron variant.

Now we need other Dem governors to follow his lead:

Polis gets it. He’s closer to the political sweet spot in Colorado than the Biden White House. https://t.co/wxN3w349r6

But, “It’s astounding that this hasn’t been the mainstream Democratic position since spring”:

It’s astounding that this hasn’t been the mainstream Democratic position since spring. Like obviously continue to encourage people to choose getting vaccinated, but if they don’t, whatever happens next to them is just a consequence of that choice. https://t.co/j6G6iThREo

And, boy, is it weird that Polis isn’t being accused of killing grandmas by a horde of blue-checks:

So Polis is taking the DeSantis route. How come the media is attacking him?