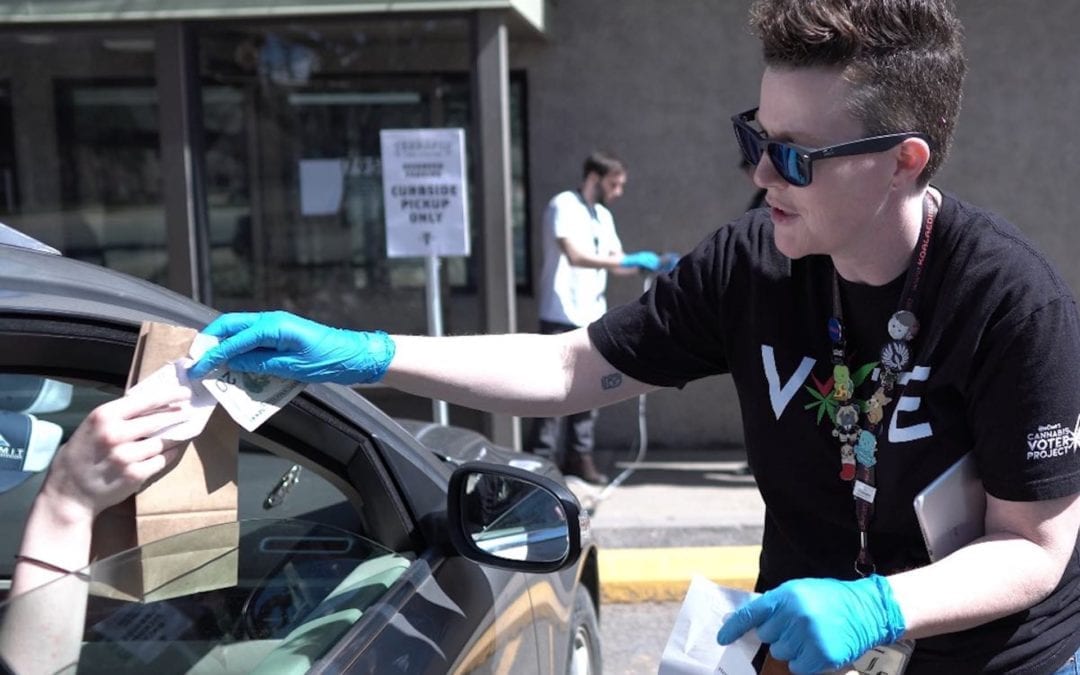 The COVID-19 pandemic has forced government officials to make life-or-death decisions about which goods and services are essential, and which are not.

‘It flows out of the life experience we’ve had with cannabis in our society.’

Essential businesses stay open; those not on the list must close to the public.

In state after state, and province after province, regulators have declared medical marijuana essential. This is a watershed moment worth noting.

From criminal to essential

Nearly a quarter-century ago, after California and Arizona passed the nation’s first statewide medical marijuana legalization laws, Clinton administration officials threatened to arrest any doctor who recommended the substance to a patient. Arizona lawmakers reacted by killing their own voter-passed initiative.

In the following years, governors opposed medical and adult-use initiatives in nearly every election. Even a couple years ago, top White House officials were mocking the idea of medical marijuana as a helpful tool to combat the nation’s opioid epidemic.

Only recently, with medical marijuana polling above 90% approval, have state executives stepped out to endorse legalization.

The coming of COVID-19 has forced state leaders to punt their posturing and get real about the value of medical cannabis.

COVID-19 has forced local leaders to stop pretending cannabis has no medical value.

They see how many of their friends, relatives, and neighbors are helped by it. They understand how many thousands of people avoid opioids and a potentially lethal addiction by managing their pain with medical marijuana. They know that closing the dispensaries would force millions of Americans to turn to the illegal market, where tainted products and VAPI lung injuries threaten to further overwhelm American hospitals. After all, a ventilator is a ventilator, whether it’s used for COVID-19 or VAPI.

And so they’ve quietly done the responsible thing, and allowed the dispensaries to remain open.

Where they haven’t done that, the consequences have been immediate and dire.

When the mayor of Denver threatened to close dispensaries in the city, “we saw massive, massive panic,” said Peter Markus, communications director of Terrapin Care Station, which has four stores in Colorado. “We had lines around the corner at every weed store in town. It took all of two hours before the mayor realized he screwed up bad.” The dispensaries remained open.

There’s something else going on here, though few public officials will come out and say it.

There’s something else going on here: People are using weed to calm the fuck down.

People are using weed to calm the fuck down. Call it what you like—self-medicating, managing anxiety, or just chilling out—Americans and Canadians are spiking sales in cannabis stores because we want it on hand during times of extreme stress.

National media outlets have noted, with some bemusement, the “essential” designation of cannabis. As if the subject is always, always, and never not, funny.

Ignore that noise. Listen instead to the wisdom of Steve DeAngelo, the Harborside Health co-founder and cannabis pioneer. “It’s not bemusing at all,” he told us earlier this week. “It flows out of the life experience we’ve had with cannabis in our society. Cannabis is the first line of defense for many medical conditions that would otherwise send people to the doctor, hospital or pharmacies at a time when we’re trying to keep people away.”

“The mental qualities cannabis imparts include serenity, calm, reflection, and compassion are something that are going to be in short supply and very valuable,” he added. “We see a significant drop in consumption of more dangerous drugs when cannabis is available. If legal cannabis is no longer available we’d essentially be telling people to drink more, take more tranquilizers and use more opioids when we’re at a time when none of those behaviors are particularly helpful.”

Debby Goldsberry, operator of Magnolia Wellness in Oakland, CA, offered her own perspective. “Cannabis does help people stay calm,” she said. “It helps with anxiety, depression, and fear. It makes Netflix more fun.”

Goldsberry said many of her customers are isolated and afraid right now. “We can make a place for them to come and do commerce in safety, with a trained medical technician,” she said. “That’s important.”

Keeping customers, and especially medical patients, from turning to the underground market is another reason to stay open, Goldsberry said. “Traditional market people may not be using the same protocols for the transactions in people’s living rooms or other unsafe locations. We’re trying to protect cannabis users from having to go back to the dark ages.”

Crises have a way of clarifying priorities—cannabis being one of them. Legal stores are having their first real coming out party, enduring two weeks-straight of record sales days. Online ordering, and delivery services have shattered their sales records as well. For the first time, legal stores are turning away orders. Air travel may be optional, but cannabis is like toilet paper—people bulked up as uncertainty grew. Cannabis’ emergence as essential first happened in Pennsylvania, noted Markus.

“They said, ‘If this is legal and if it’s medical then, of course, it should be treated the same as a pharmacy.”

Cannabis is an needed medicine for many San Franciscans and dispensaries are allowed to continue operating. https://t.co/dydreGT7pF

On March 16, the San Francisco Bay Area fell under a shelter-in-place order. Alameda County, which includes the liberal bastion of Berkeley, became the first to exempt cannabis and declare it essential. Every other county, and the state, and then other states followed. San Francisco Mayor London Breed tweeted March 17, “Cannabis is a needed medicine for many San Franciscans and dispensaries are allowed to continue operating.”

Gov. Gavin Newsom echoed as much in a statewide telecast March 19.

Release those held for cannabis immediately

Now that priorities are clarified, it’s essential there’s a nationwide pause on any entry into the criminal justice system for any non-violent cannabis offender. Not every state deems cannabis essential, but every state is responsible for those they adjudicate. Mostly young people of color are still going into jails for simple possession in prohibition states this week. The threat of COVID-19 exposure in county jail—a potential death sentence—outweighs almost any conceivable personal or societal harm associated with unlawful cannabis conduct.

The culture war is over. Cannabis won. It’s essential. Now let’s fight the real threats together.

Sign up for more Leafly news
Thank you for subscribing!

By submitting this form, you will be subscribed to news and promotional emails from Leafly and you agree to Leafly’s Terms of Service and Privacy Policy. You can unsubscribe from Leafly email messages anytime.