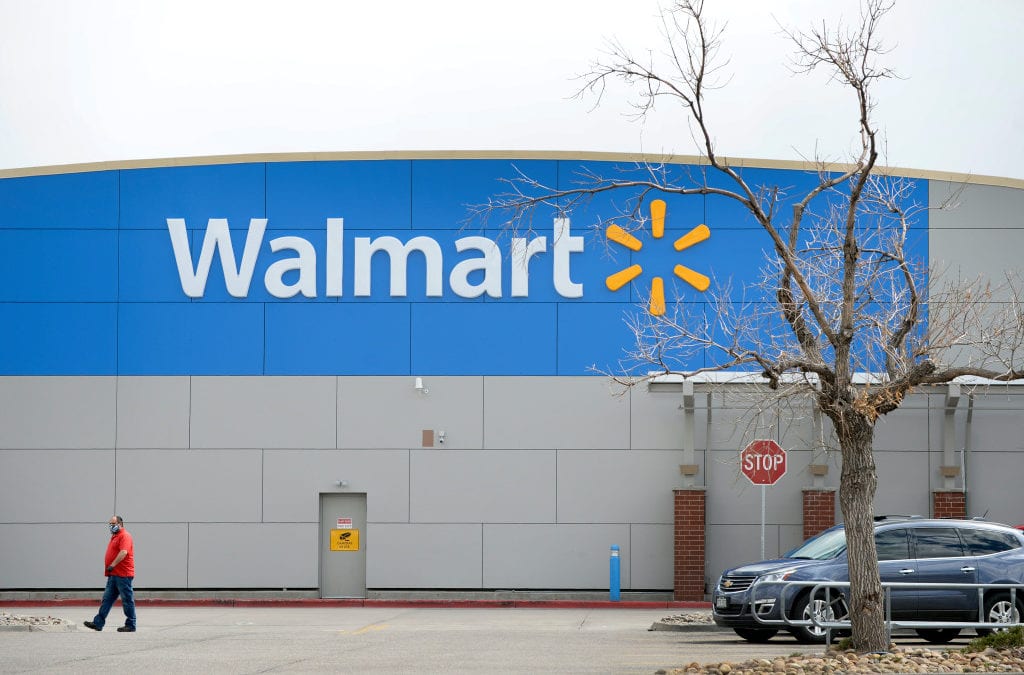 The complaints began on Monday. There were too many people in the store, people said. Employees were not wearing masks or covering their faces, they said. Everyone was standing too close together.

The complaints arrived at the Tri-County Health Department from worried Walmart employees and shoppers alike. There was something wrong at the store at 14000 East Exposition Ave. in Aurora, they said.

By Thursday, a 72-year-old employee was dead of COVID-19. So, too, was her husband. So, too, was a 69-year-old security guard at the store. At least six other employees there have the virus, possibly more.

Thursday was a chaotic day at the store, even before Tri-County Health officials decided to close it, according to an employee who spoke to The Denver Post on condition of anonymity out of fear of reprisal.

“It was terrible. There was no way we could be six feet apart. There were wall-to-wall people. They just bombarded at one time,” the employee said of Thursday’s crowd. “We’re supposed to only have a certain amount of people in there but we didn’t. It was too many, they were everywhere.”

The decision by Tri-County Health to close the Walmart Supercenter followed a half-dozen complaints this week about inadequate conditions, according to regional health officials. There is no timeline yet for reopening the Walmart. Tri-County Health says major changes will need to occur first.

They include a deep cleaning and disinfection of the entire store, creation of a program for screening sick employees, better reporting of coronavirus cases to Tri-County Health, and employee education and training. Health officials say they are working closely with Walmart on those changes.

“The temporary closure will allow third-party cleaning experts to further clean and sanitize the store,” Walmart said in a statement Friday. “We recognize how hard this is for our associates in Aurora and everyone impacted by this difficult situation. We want to do everything we can to support them at this time.”

Walmart says it had protocols in place to allow for social distancing, mask-wearing and thin crowds. The Aurora Supercenter employee agreed that such policies existed, but said enforcement could be scant at times. For example, an employee at the door limited the number of customers inside. But when that employee went on vacation, or had to fill in for another employee on vacation, the system broke down.

Masks are required, according to both a corporate spokesman and the employee at the shuttered Aurora store. But younger employees there were sometimes lackadaisical, putting the masks down when managers looked the other way.

“Some of the young kids, they were walking around without them. Sometimes customers would come in and tell them, ‘Shouldn’t you have your mask on?’ Or they’d have it on but they’d have it under the mouth,” the employee said.

Walmart installed Plexiglas barriers — or sneeze guards — at checkout lanes in the store, but the small walls did little to make employees feel safe from unmasked customers, the employee said. Floor decals promoting social distancing were ignored by customers on the most hectic days, such as Thursday.

“We understand there may be questions about the precautions we are taking in our stores to keep our customers and associates safe,” Tiffany Wilson, a corporate Walmart spokeswoman, said Friday. “The company continues to implement extensive measures, which are already in place at our Aurora store.”