Dawn Zoldi: why Colorado (and its military presence) is ripe for drone business 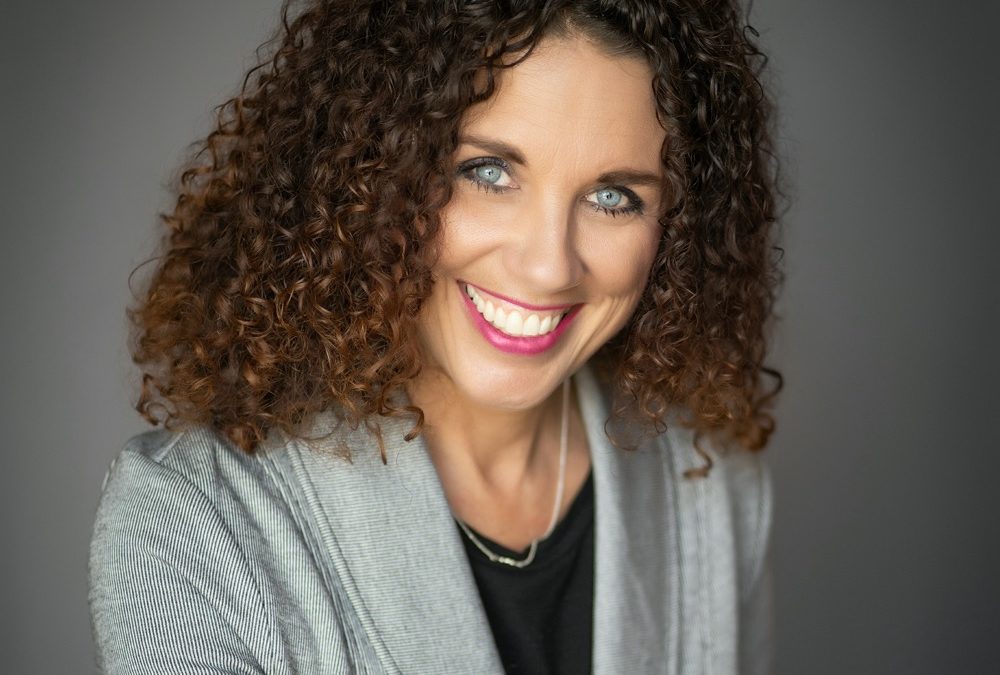 Dawn Zoldi is one of the busiest women in drones. She runs her own consulting business, P3 Consulting, where she advises businesses on tech law, regulation and policy. She’s an adjunct professor at Colorado State University, where she teaches Introduction to Homeland Security (PolSc 270) and Threat and Strategic Planning. She’s an advisor for Women & Drones (and she won the organization’s 2019 Woman To Watch In UAS awards). She’s the host of the delightfully titled podcast, “Drones at Dawn.” She also holds a handful of other positions while also consulting. That’s all on top of her nearly 30 years of experience with the U.S. Air Force as a military officer, legal advisor and strategic leader. And most recently, she’s joined UAS Colorado as President and CEO.

And she’s confident that Colorado is ripe to be a big player in the drone industry. We chatted with Zoldi about her wealth of experience, her goals for growing UAS Colorado, and how her military background has influenced her thoughts on the drone industry.

This interview with Dawn Zoldi has been edited for clarity and length.

Drone Girl: What are your goals with UAS Colorado now that you’re CEO?

Dawn Zoldi:  The goal is to champion the Colorado unmanned aircraft ecosystem because our visitation is for Colorado to lead globally in unmanned aircraft technology for the good of all. To do that, we have four lines of effort for our members:

DG: In some ways we haven’t heard much about Colorado as being a big player in the drone space, especially when you look at states like Nevada or Virginia that have been partnering for years with the FAA as UAS test site locations.

DZ: The state of Colorado did apply to become a test site in 2013. Obviously it was not successful in obtaining the opportunity. But, it could very well be now.

We have an amazing range out in the San Luis Valley — and it’s one of the country’s best-kept secrets. It’s 120×80 miles of operating area. It spans 6 counties and extends 15,000 ft MSL, and we have two COAs (Certificates of Authorization) to operate there.

And by the way, the terrain is probably the most diverse terrain you could fly over in the country. There are mountains, valleys and streams. There’s agricultural space, and there are power lines. There’s empty space and there’s infrastructure. I think the only thing we don’t have in the terrain is the ocean. But all of it makes for an incredible opportunity for people or companies to come and do tests, evaluations or research.

DG: That certainly seems like a great spot for companies to be testing drones. But how is the Colorado drone world on the hobbyist side?

DZ:  Here’s the other thing we have that many people don’t know about and that’s amazing: we’ve got a drone park in the city of Buena Vista, Colorado. They approved it last year. A major proponent of it was a group we’re affiliated with at UAS Colorado called the Central Colorado UAS Club. There’s an obstacle zone and racing zone. Okay, perhaps that’s the best-kept secret.

DG: It really is! And it’s so important for business growth to have these kinds of flying spots. In fact, I recently wrote a piece about how hobbyists are crucial to tech innovation based on some super interesting data I received from the people over at Drone Analyst. 46.5% of business-focused drone programs were founded by someone who initially had interest in drones as a hobbyist. So, it totally makes sense to support hobbyists!

DZ: Absolutely. And we are looking to bring more companies here to Colorado in the UAS industry.

Additionally, of the businesses that are already here — we want to elevate their platforms to make sure they’re getting the recognition and assistance they need. We advocate for favorable legislation. And we want to make those connections — connecting local businesses with each other and with global players.

DG: And it definitely seems like Colorado is doing great work in attracting businesses. Just to name a few, Pix4D opened an office in Denver in 2019, and Flyability opened its first U.S. office in 2020 in Denver.

Then you consider the significant presence of giants like Northrop Grumman and Boeing. Couple that with the U.S. Air Force Academy, Peterson Air Force Base, Cheyenne Mountain Air Force Station, Schriever Air Force Base — just to name a few — there’s significant opportunity for greater drone and aerospace presence in Colorado.

DG: It’s interesting you bring up the military aspect, both because you have nearly 30 years of Air Force experience, but I think we don’t talk enough about the connection between the military and private drone companies.

DZ: Agree. Being a career Airman, I find it interesting that somehow the Army and the Navy have taken the spotlight on the AIR! The Army is taking the lead in counter-UAS. They’re taking the lead in vertical flight. They’ve got a future tactical UAS program. The Navy is very visibly talking about their networked air, ground, surface and subsurface autonomous vehicles.

Even AUVSI did a virtual, three-day unmanned defense event recently. Not one single Airman was on a panel as a speaker, even though there was an entire day devoted to air. That makes me scratch my head. Why is the AF not talking more about the amazing things they’re doing? Because they are doing amazing things!

DG: It does seem like the conversation about the mil-civ connection is changing though.

DZ: True. When you think about the military and the nexus with commercial industry, the one thing the AF is out there talking about is its Agility Prime effort.

DG: For people who don’t know, that’s where they’re testing “flying cars” or electric vertical take off and landing (eVTOL) aircraft for both military and commercial purposes, like firefighting, disaster response, search and rescue, and humanitarian-relief. And, they’re partnering with Joby Aviation and Beta.

DZ: It’s about leveraging the military or federal laboratories’ capabilities, expertise and people, and then partnering with industry to create intellectual property or products. The commercial sector can then manufacture and monetize back to the military.

The military isn’t going to work with industry just to prop up industry for itself. The whole idea is, ‘what can Joby bring to the fight?’ ‘Can these autonomous vehicles help our soldiers, sailors and marines on the battlefield?’ Dual use tech can also benefit the commercial industry. That is the important nexus between the military and the civilian side.

DG: It’s interesting you bring up Agility Prime, because it seems like the drone industry as a whole has mostly benefited from public-private partnerships, whether it’s the FAA working with Silicon Valley-app maker Kittyhawk to build its B4UFLY app or launching the BEYOND program to test significant flight challenges.

DZ:  Most people don’t appreciate that. I’ve heard things like, ‘the military’s R&D budget has been slashed.’

Well, it’s because they’re working with industry together. The military can’t do all the work and foot the entire R&D bill, and meanwhile, Silicon Valley and others have expertise that is not residing in the US military. Technology transfer — that’s what this is all about. It’s incredible to see the visibility of that.

I use this word all the time: symbiotic. So many people just don’t appreciate the very close connection between the military and civilian R&D. The Blue sUAS program is another perfect example of that. Most see things going on but they don’t connect the dots. It’s a win-win both for the commercial industry and the defense side.

Drone Girl: I want to pivot to a different topic — Women and Drones!

Dawn Zoldi: Diversity, equity and inclusion. That’s something that is so important to me.

DG: And you’re currently seeking nominees for the 2021 Women To Watch Global Awards. Applications close May 14 — and there’s a $500 micro-grant for the winners. Anyone can nominate you — or you can even nominate yourself.

DZ: I don’t know if women are really just unicorns in this business, or if women tend to just not promote themselves. I’m telling people, ‘why are you not nominating yourself?’ This year more than ever, because there’s grant money attached now!

I’m doing this because other people need to see role models. So many women think, ‘I’m not worthy of being that role model.’ That’s so wrong. It’s not about making a big splash. It’s about making a difference in your sphere of influence. So many people do that everyday.

DG: You can submit nominations here. Of course, someone else can nominate you too.

DZ: Exactly. If not you, what about someone you know? Besides the women, where are the men and the businesses saying, ‘I have this amazing woman on my team!’? And speaking of teams, we have co-ed team awards too. These are about recognizing collaborative efforts.

DG: So it seems like between Women and Drones, UAS Colorado, your own P3 business, your teaching gig, your podcast….did I cover it all?! It seems like you have a zillion jobs. How do you manage it all?

DZ: I’m trying to find that balance. This year, I burst out of the gate at a major sprint. It hasn’t stopped yet. Sometimes I need to catch my breath, but I’m thankful that I get to work with amazing people on important issues doing things I love to do, every day.

Do you know an awesome Drone Girl like Dawn Zoldi that I should profile? !

The post Dawn Zoldi: why Colorado (and its military presence) is ripe for drone business appeared first on The Drone Girl.