Daughters of the American Revolution chapters in Colorado Springs hold on to relevancy while preserving history, serving communities 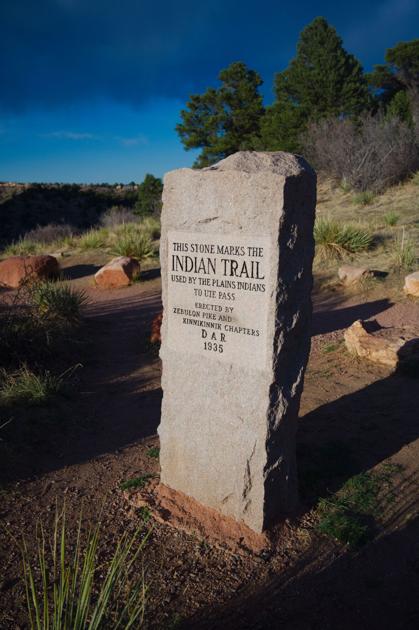 Twenty-year-old Nika Lowery used to think family history was lame, but now, with her National Society Daughters of the American Revolution certificate in hand, she sees how alive the past can be.

“I appreciate history more,” she said, “and this organization’s community service and volunteer work is inspiring.”

The 131-year-old women’s service organization that’s been under attack recently is as inclusive, relevant and important today as it was when founded in 1890 and incorporated in 1896 by an act of Congress, leaders and members said.

Lowery views the organization as a base on which women can support each other and their communities, and build power individually and collectively.

“It’s a place for women to connect, no matter their differences, and recognize we are all related to the great people who established this country and fought for our freedom,” she said. “It’s a unifying thing; it’s not divisive.”

Membership, which requires proof of lineal descent from someone who fought or otherwise assisted in the Revolutionary War efforts, has been growing, a testament to its value, national leaders said. In 2019, the organization reached its one millionth member since its inception with the addition of nationally syndicated advice columnist Amy Dickinson.

“With more people staying at home, a lot of people were researching their genealogy because they had more time and were able to get their materials together proving their lineage,” she said. “And they wanted to get involved with our organization because we kept up our service projects through the pandemic.”

The DAR, as it’s commonly known, does more than preserve the memory and spirit of rebelling colonists during the Revolutionary War, which ran from 1775 to 1783 and led to North America’s 13 colonies gaining independence from control of the British crown. With a focus on education, historic preservation and patriotism, today’s members hold children’s book drives, provide food for homeless veterans, properly clean gravestones, volunteer as tutors, sew face masks, fund student scholarships, donate goods to indigenous nations and undertake other projects.

But the organization has been criticized for what some view as exclusivity because a majority of those who fought in the Revolutionary War were Caucasian.

Historically, the organization was predominantly white, to the the point that First Lady Eleanor Roosevelt resigned her membership in 1939  in protest of the organization barring the world-renowned singer Marian Anderson, an African American, from performing at its Constitution Hall in Washington, D.C.

Membership and leadership now cast a wide net of descendants of Blacks, Native Americans and Spanish families, among other ethnicities, she said.

Members don’t have to be related to someone who carried a gun, she said. Anyone who rendered aid during the eight-year battle to secure America’s independence qualifies as a participating patriot.

“It’s fascinating to see the connections,” Bygren said. “Maybe a farmer gave a cow to support the troops, one couple sewed uniforms for a local militia, a tavern owner gave food and drink to troops, one judge issued an oath.”

Of course, some members are kin of troops who crossed the Delaware River with George Washington, she said, but all are recognized equally, no matter their race, religion or ethnic background.

Kahrs said it’s hard to pinpoint how many colonists were linked to the war because many just started defending their homes and weren’t part of the original army.

“It’s a lot broader than people realize,” she said.

The list of ancestors proving Lowery carries the bloodline of a Revolutionary War patriot looks like the organizational chart of a Fortune 500 company.

Lowery, who last week finished her junior year as a business major at the University of Colorado at Colorado Springs, and her dad, Michael, spent months during the pandemic researching the lengthy branches of her paternal family tree.

The result is a genealogical web that weaves through the past four centuries to eight lines of relatives linked to the war. The easiest to prove became Lowery’s sixth set of great grandparents on her father’s side, David and Anna Ramsour of North Carolina, who ran supplies to the troops.

Lowery was inducted into the DAR’s Cheyenne Mountain Chapter in December. She is among the youngest of about 60 members.

“As an up-and-coming young adult in the business community, it was very exciting,” she said. “I’ve met some amazing women, who have welcomed me with open arms.”

There are 3,000 DAR chapters around the nation, including 47 in Colorado and three in Colorado Springs.

One legacy of the Zebulon Pike and Kinnikinnik chapters stands in Garden of the Gods park. Members erected a large monument in 1935 that reads: “This stone marks the Indian Trail, used by the Plains Indians to Ute Pass.”

Chapter activities stretch across communities. The Arkansas Valley Chapter of the DAR in 2019 installed a Korean War Memorial in Pueblo.

Colorado Springs’ Zebulon Pike chapter on Friday will present its member, Pueblo Fire Chief and Deputy Mayor Barb Huber, with the DAR Women in American History Award, honoring the difference her contributions have made.

“She’s a trailblazer,” Bygren said. “She has a 20-year military history and is an innovator in teaching the community about fire safety.”

Huber also has a worthy list of volunteer work with the DAR chapter, Bygren said.

With her recently discovered lineage, sparked by an old box containing a DAR membership certificate a deceased aunt left behind, Lowery intends to help her chapter with book drives for underprivileged kids, assistance projects focused on veterans and active-duty military, and planting trees in honor of historical figures.

Kahrs, 34, said the ranks of member younger than 35 are growing in the Cheyenne Mountain Chapter. She joined in 2013 because her grandmother had been a member.

“I love history, and this organization was important to my grandma,” she said. “There’s a lot of history being destroyed now, which makes the DAR and historic preservation so important today.

“While some of our stories from our history aren’t the best, that doesn’t change that it’s history and something to learn from.”