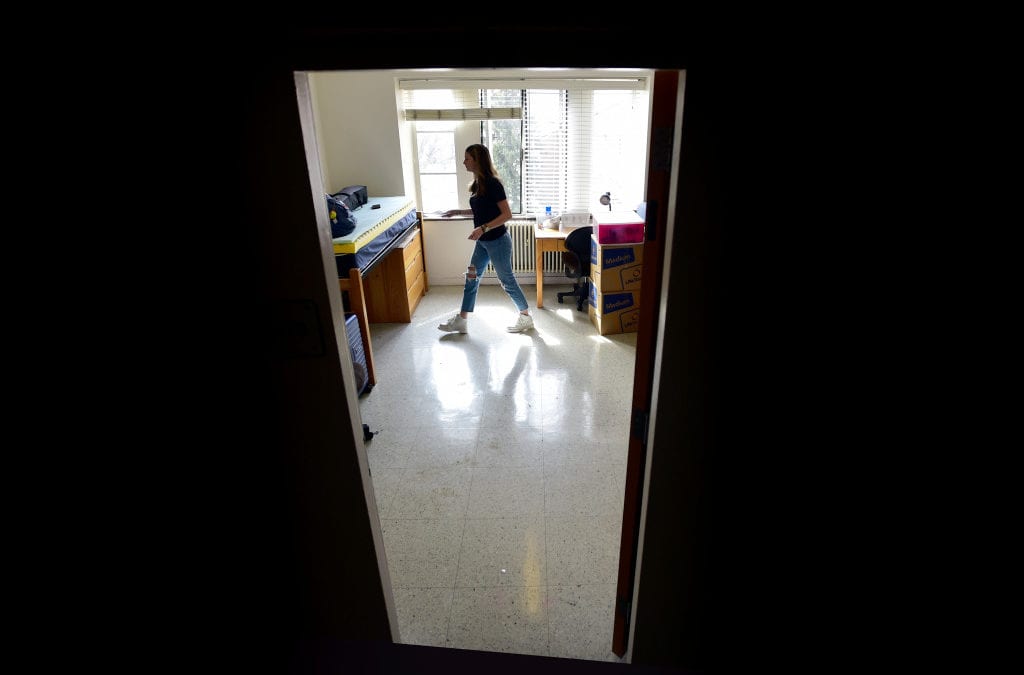 University of Colorado Boulder students who move out of residence halls before the end of the semester will not be able to get their housing deposits back, despite exhortations from campus leaders that students vacate their rooms as soon as possible.

Longmont resident Patricia Bedell said she’s been unsuccessful in trying to get the $300 deposit back after moving her daughter out of the residence halls in March.

In emails sent Wednesday between Bedell and CU Boulder’s Occupancy Management office, an employee states that the deposits will not be returned.

“It was our goal to support all students by allowing them to cancel their housing contracts; however, it was determined that returning deposits would not be a part of this as students leaving are not fulfilling their entire contract,” the email to Bedell states.

A a second email from Occupancy Management received three minutes later states that “the decision was made not to return deposits because the residence halls are still open and operating.”

For example, a student who lives in a standard double, which means they live with a roommate and use the community bathroom, pays $7,389 per semester for housing. They would receive credit for each day they did not live in the dorm.

On March 16, Chancellor Phil DiStefano sent an email asking students living on campus to move out of their residence halls and return to their permanent homes as soon as possible in order to reduce the total number of people on campus in an effort to help slow the spread of the new coronavirus.

Students can receive credit for their remaining room and board from the day they check out, but not their $300 housing deposit, and they could be charged additional fees for “additional cleaning, damage and improper checkout,” according to the university’s website.

That’s not how it normally works, according to parent Teri Bailey, whose son moved out of the residence halls last spring, at the end of his freshman year. The university did not return $80 of the $300 deposit because of damage to the room, Bailey said.

“Me personally, I’d rather lose $300 than not get the credit on next year’s tuition,” Bailey said.

For Bedell, it doesn’t make sense to not give students their deposits back when they were asked by the university to move out. She first started asking about the deposit after learning that Colorado State University was not going to refund deposits, but changed course after hearing from parents.

“It all comes down to doing the right thing, (and) CU is on the wrong path, treating their students and parents like this,” Bedell said.