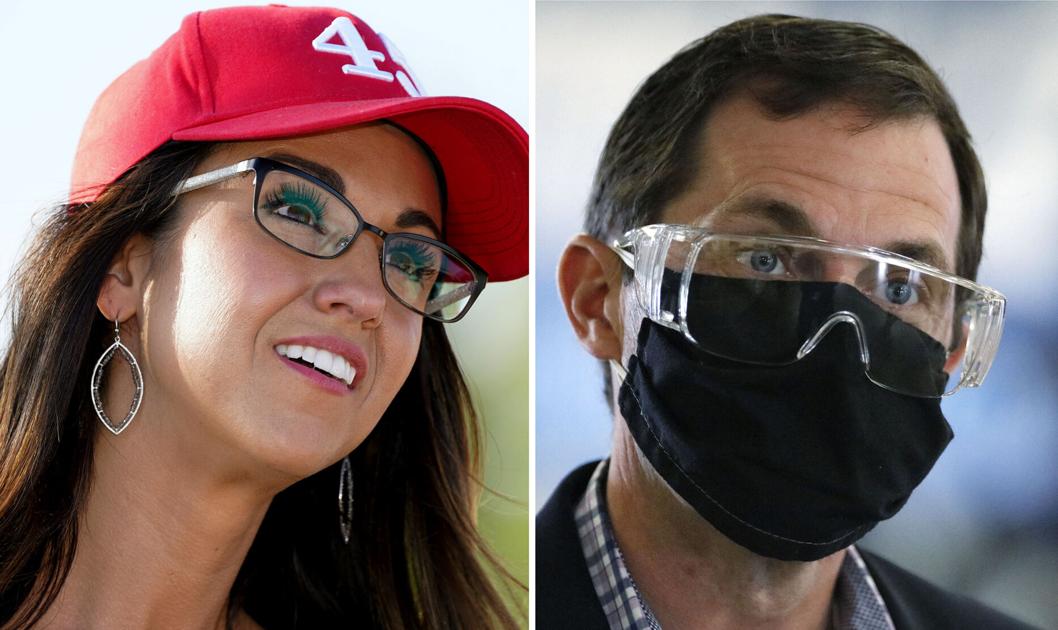 U.S. Rep. Jason Crow, an Aurora Democrat, said Friday that he was concerned some Colorado Republicans were throwing in with efforts by President Donald Trump and his allies to overturn Joe Biden’s election victory, including a lawsuit rejected by the Supreme Court.

“Lawsuits like this not only abuse the judicial system — and there are preventions and safeguards put in place to prevent that — but when people jump on to it, it gives it legitimacy that it doesn’t deserve,” Crow said in an interview with Colorado Politics.

“So, I’m very disappointed that some folks in the delegation chose to jump on.”

Lamborn and Buck, who also is chairman of he Colorado Republican Party, signed on Thursday to a court filing supporting the lawsuit.

The lawsuit sought to throw out millions of votes for president in swing states Georgia, Michigan, Pennsylvania and Wisconsin, where Texas Attorney General Ken Paxton claimed without factual basis that widespread fraud and election “irregularities” had tilted the states’ electoral votes to Biden.

In addition to the four states named in the lawsuit, 22 other states, including Colorado, asked the court to toss the case.

“It’s a frivolous lawsuit; it’s not based in reality and the facts,” Crow said Friday. He added, “There are no facts or basis in truth for the president’s claims the there was widespread fraud and he was cheated out of the election — which is just not true, and in fact, Republican elected officials and secretaries of state and elections administrators throughout the country universally support that position.”

Spokeswomen for Buck and Lamborn said the two congressmen were unavailable for comment Friday evening.

Friday morning, Buck joined U.S. Rep. Liz Cheney of Wyoming, the House Republican Conference chair, to introduce a resolution supporting Trump’s “efforts to ensure that every legal vote is counted in the November 2020 Presidential election,” according to Fox News, which first reported on the legislation.

In a statement issued through his spokeswoman Thursday, Lamborn said the brief supporting the legal action “presents the concerns of my constituents the the unconstitutional irregularities involved in the 2020 presidential election cast doubt upon its outcome.”

“These cases have no merit and the court is right to dismiss them as nothing more than a bunch of baseless allegations,” DeGette told Colorado Politics via a spokesman.

“What the president and his allies are doing in pursuing these claims is shameful. The American people have every right to be outraged at everyone involved in this effort for the very real damage it is causing to our democracy.”

Tweeted Perlmutter: “This desperate attempt to overturn the results of this election was completely rejected. Joe Biden is the next President of the United States. It’s time to come together to take on the challenges our nation faces.”

Lauren Boebert, the Rifle Republican elected in November to the seat held by Republican U.S. Rep. Scott Tipton, took to Twitter after the Supreme Court ruling was announced to cheer on Trump’s efforts to reverse the result of the election.

“I told the president to keep fighting & use every bit of authority our Constitution grants,” Boebert wrote. “The Supreme Court does not decide the winner of the election. Congress does.”

She posted a video of U.S. Rep. Moe Brooks, an Alabama Republican, describing the steps Congress will take in early January to certify the results of the Electoral College, which meets in state capitols Monday to cast its votes to formally elect Biden.

“With all the irregularities in this election, we may never know the true way people voted in this election,” Boebert added. “It is up to Congress to make this right and be the final say in this dispute. That is the [sic] what the Constitution stipulates.”

Tipton’s office didn’t respond to a request for comment.

Crow said he was alarmed by heightened rhetoric surrounding Trump’s claims that the election was stolen, including radio host Rush Limbaugh’s suggestion Wednesday that the United States could be heading toward a civil war.

Responding to the Supreme Court ruling, the chairman of the Texas Republican Party made a similar statement late Friday, suggesting that “Perhaps law-abiding states should bond together and form a Union of states the will abide by the constitution”

“If we’ve learned one thing the last four years, it’s what our leaders say and do matters. It sets a tone, people listen to it, and it can be dangerous,” Crow said.

“I’m always worried about rhetoric that has the potential of inciting violence and harming people. You’ve had that with the president: his legitimization of white nationalism and white supremacy and these self-styled militia groups has led to violence, it just has. I’m always worried about it, but I also have a great deal of hope. The American people stood up, their voices were heard and President-elect Biden is going to take office next month. I draw hope from that.”