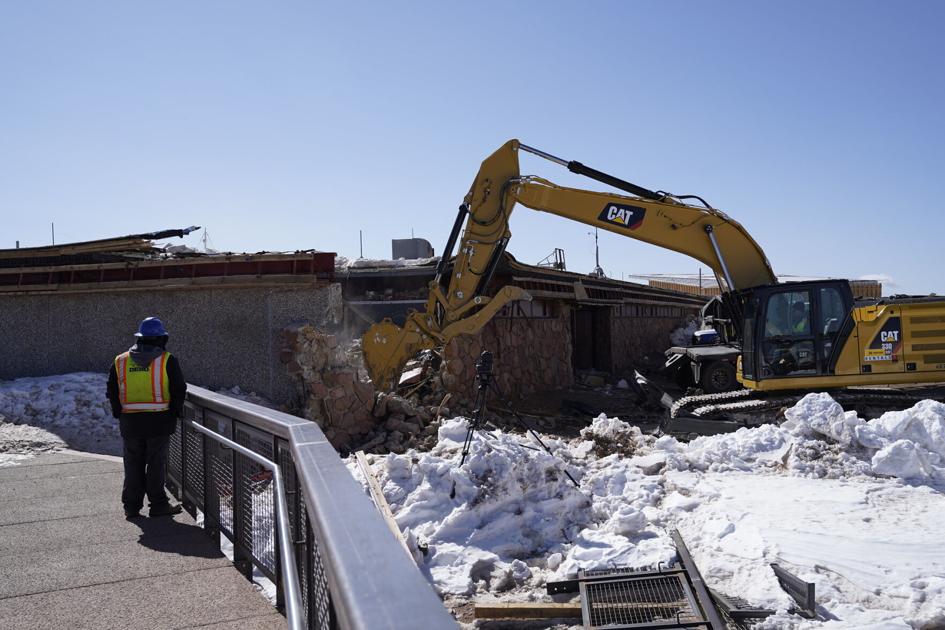 As construction of a new Pikes Peak Summit Complex remains on track for a summer grand opening, crews began demolishing the former Summit House on Tuesday, officials said in a news release.

The visitors’ center, which has greeted tourists, sightseers and hikers since 1964, will be torn down and removed from the site.

“The former house had dutifully served its purpose for almost 60 years,” spokeswoman Vanessa Zink said. “It was time to rebuild and refresh.”

The new complex promises an enhanced experience for visitors, including an interactive indoor exhibit gallery and interpretive trails around the summit that will describe the views and share stories about the peak’s history.

“The new Summit Complex is a much larger facility that will better accommodate the more than half a million visitors who reach the summit of Pikes Peak every year,” Zink said.

The summit is closed to all vehicle and foot traffic until May 23 as heavy equipment operators clear boulders from the site to prepare for grading and paving work. Visitors will still be able to park at Devils Playground and hike various trails, but they should plan to hike back down via the Barr Trail or the Crags Trail, the release stated.

At least two of the familiar touches from the older building will be available in the new complex, Zink said. The decorative plaque that was previously located in the former overlook area honoring Katharine Lee Bates’ poem “America the Beautiful” — inspired by her 1893 visit to the summit — has been kept and will be placed on the new eastern overlook.

“And yes, there will be donuts,” Zink said, referring to the signature baked goods that have been a Summit House staple since the visitors’ center was built. “For the first time, there will be toppings and seasonings available, but those are optional. You will still be able to get the classic donut.”