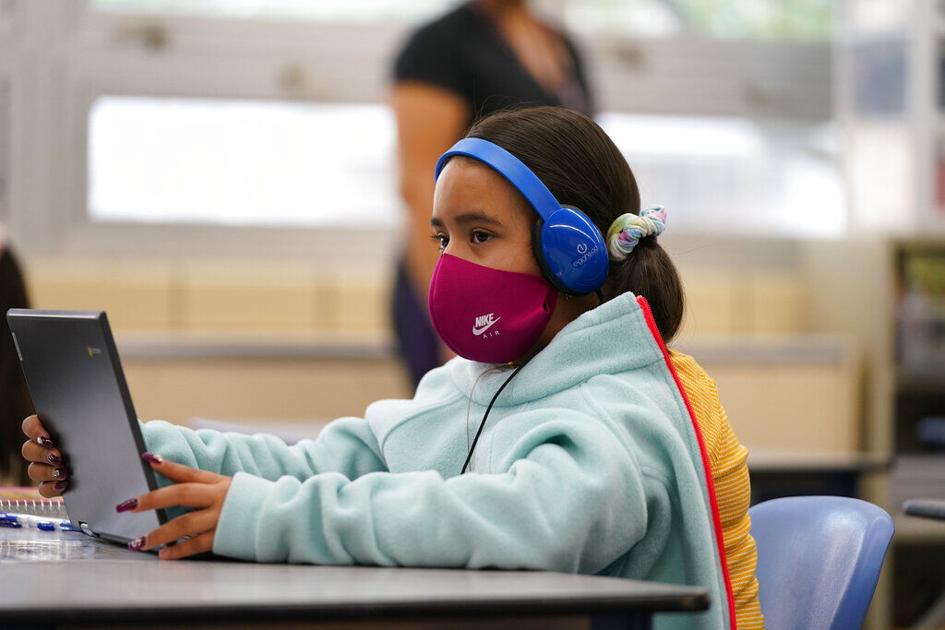 COVID-19 has spread rapidly in Colorado K-12 schools in the past week, with 485 additional infections, according to outbreak data the Colorado Department of Public Health and Environment updated Wednesday.

That brings the total number of active cases to 886, among students and staff at elementary, middle and high schools statewide.

Schoolchildren lead the state in the highest rates of infection, epidemiologist Dr. Rachel Herlihy said at a news conference Wednesday.

But students aren’t just contracting the virus at schools, she said. They’re also getting it at other locations, primarily from unvaccinated adults, Herlihy said.

“It’s important for parents to recognize their children are at risk potentially not just for going to school but other places,” she said. “It’s risky to bring unvaccinated children to large gatherings.”

No COVID-19 vaccine is yet available for children ages 11 and under. Of eligible teens and adults in Colorado, 74.7% have had at least one dose of the vaccine, Herlihy said.

In all categories of infections, Colorado’s seven-day average is 1,593 cases, compared with 303 cases in June, she said. Nearly 100% are the new delta variant, she added.

Cases also have increased notably over the past week at assisted living and residential health care facilities, child care centers, construction companies and distribution businesses, according to statistics.

“Outbreaks are a reflection of the disease trends we are seeing in the broader community, and with higher disease burden, we would expect to see an increase in the number of outbreaks,” Michelle Hewitt, spokeswoman for El Paso County Public Health said in an email.

Cases in health care facilities have increased by 30% statewide in the past week, with skilled nursing seeing the largest jump of 92 new cases, for a total of 314.

“There are high rates of vaccination among residents in long-term care facilities, which is critical in protecting this population,” she said.

Also of note, Beaver Run Resort and Conference Center in Breckenridge reported six cases last week, and Belly Up Aspen reported 12 concert-goers were COVID positive, despite having to show proof of vaccination or a recent negative test to attend.

A look at COVID cases in K-12 schools by county shows the state’s second-largest county, El Paso, has roughly two times the rate of cases in schools compared to the rest of the state.

Hewitt said the majority of cases are among unvaccinated or not fully vaccinated people, and breakthrough cases for those who have been vaccinated are usually milder.

But of the nearly 1,000 people hospitalized as of Wednesday, about 2% are age 10-19, with children ages 9 and below accounting for 1% of hospitalizations, data show.

Of Colorado’s 7,537 deaths attributed to COVID, 19 deaths have been of children and teens ages 0-19 years, according to American Academy of Pediatrics numbers.

Other counties with populations of 50,000 and above that also are experiencing school cases higher than the state average are Pueblo, Mesa, Larimer, Broomfield and Douglas.

Douglas County, where commissioners voted unanimously on Wednesday to withdraw from the area’s Tri-County Health Department over disagreement with the department’s mask mandate for schools, has 238 active cases at schools as of Wednesday.

In contrast, among bigger counties, Adams, Arapahoe, Jefferson and Weld all are below the statewide rate for school infections.

School districts in those counties have mask mandates, with Adams, Arapahoe and Jefferson counties’ schools requiring masks for all staff and students indoors and on buses, and for preschoolers through eighth graders in Weld County’s Greeley-Evans School District 6.

Nineteen of Colorado’s 64 counties have local public health orders in place, according to state data.

About 56% of Colorado adolescents ages 12-17 have received at least one dose of the vaccine, Herlihy said.

Hewitt said a recurring theme is people attending work or school while ill, which contributes to the increased spread of disease and outbreaks.

“We urge people to stay home when sick or experiencing symptoms — even if they are only mild,” she said. “It’s a powerful step to slow the spread of disease.”

People who have been exposed to someone who has the virus are asked to quarantine and stay 6 feet apart, as well.

The Centers for Disease Control and Prevention continues to recommend that everyone wear masks in public indoor settings.

This article has been updated to correct the number of increases in Colorado schools.