COVID-19 variants are growing in Colorado 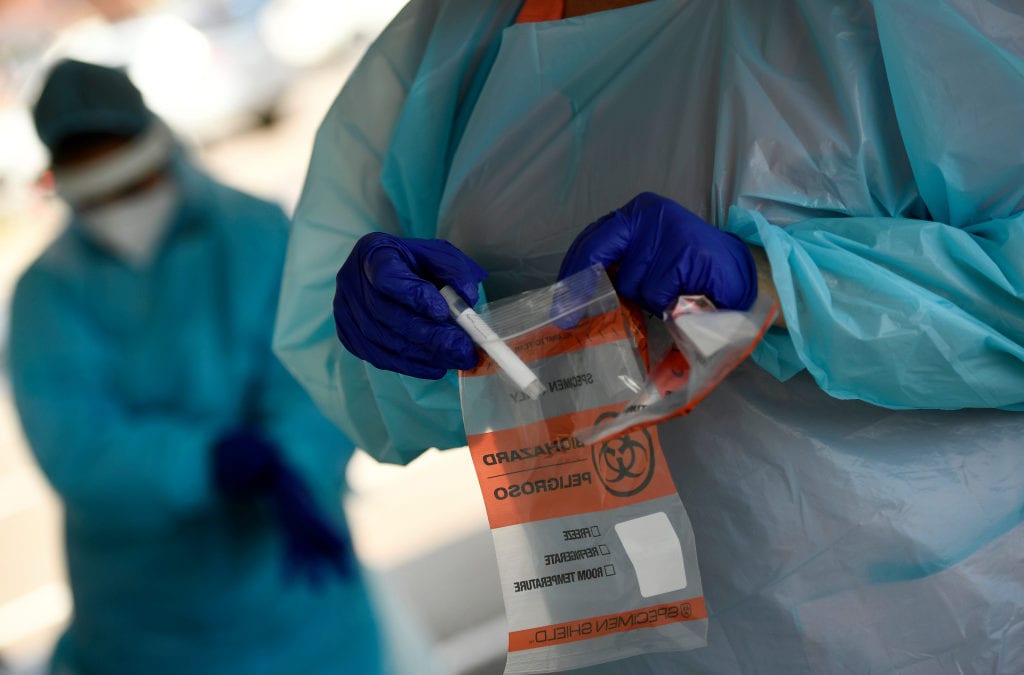 More-contagious forms of the virus that causes COVID-19 are making up an increasing percentage of positive tests in Colorado, but the growth isn’t as fast as some feared.

State epidemiologist Dr. Rachel Herlihy said Tuesday that Colorado has confirmed 265 cases of the B.1.1.7 variant, a version of the novel coronavirus that spreads more easily and appears to be more deadly. Colorado was the first state to find that variant, which overwhelmed hospitals in the United Kingdom last fall.

The B.1.1.7 variant accounts for between 3% and 6% of the COVID-19 samples the state is sequencing at random, indicating it’s not growing as fast as it did in the U.K., Herlihy said. Public health experts have warned that variant could become the dominant strain in the United States, putting pressure on hospitals again.

“We have seen a slow increase,” Herlihy said.

A spokesman for the Colorado Department of Public Health and Environment said models have shown the B.1.1.7 variant could account for up to 50% of cases by mid-March if the state followed the U.K.’s trajectory.

It may be too early to say that Colorado isn’t facing the same path as the U.K., though, said Beth Carlton, an associate professor of environmental and occupational health at the Colorado School of Public Health.

There, the variant grew slowly for a time, before cases exploded, she said. It took about 10 weeks for the variant to cross 5% of cases, then only five more weeks for it to exceed 50%, according to a British report.

On Sunday, the state announced three cases of the B.1.351 variant, which was first found in South Africa last October but now is in at least 20 states in the U.S. The cases were two employees and an inmate at the Buena Vista Correctional Complex.

None of the three had recently traveled, and none were vaccinated, though one had previously recovered from the virus, Herlihy said.

That particular variant is concerning because it is more contagious, and also has a mutation that allows it to get around some antibodies, Herlihy said. That means people who previously have had the virus are at a higher risk of getting it again; antibody-based drugs may not work well; and vaccines are somewhat less effective, though they still offer “substantial” protection, she said.

So far, the state health department has found 10 cases of COVID-19 among about 500 people linked to the prison, Herlihy said. They won’t know for several days if those cases were also caused by the variant, because sequencing a virus’s DNA is a longer process than just determining whether the virus is present in a sample, she said.

“It does not appear that there is widespread transmission in the facility,” she said.

Gov. Jared Polis said the state would “surge” vaccines to the Buena Vista prison, and encourage guards who previously had declined the vaccine to take them. They could do the same if other prisons find outbreaks involving the new variants, but will continue to vaccinate prisoners only when they become eligible based on age or medical conditions, he said.

“No one can guess ahead of time where (the variants) are going to be,” he said.

Screening has found about 161 cases of a variant first identified in California, but it’s not clear if that’s something to worry about, Herlihy said. So far, state health officials haven’t identified the variant first confirmed in Brazil, a strain that can reinfect people who have recovered, or one spreading in New York, which may or may not be important, she said.

As viruses make copies of themselves in human cells, sometimes they make a mistake, introducing a mutation. Sometimes, the mutation is harmful to the virus, or doesn’t do anything significant. Other times, one or more mutations give the virus an advantage, and it out-competes its non-mutant peers.

No one is really sure what to expect from variants, because in the countries that first found them, the mutation winners weren’t competing against each other, Carlton said. It’s possible one will become dominant, or that all three may be equally common — which is itself a problem, since all three are more contagious, she said.

About one in every 263 Coloradans is currently contagious with some form of the virus, which is an improvement from recent months but still relatively high, Herlihy said.

Polis also said the state will receive about 17,000 more doses of COVID-19 vaccines than expected next week.

So far in Colorado, at least one vaccine dose has reached:

About 10.6% of Colorado residents have been fully vaccinated, with both doses of the Pfizer or Moderna vaccine, or one shot of the single-dose Johnson & Johnson vaccine.