COVID-19 vaccine in Colorado: 65+ to be eligible for vaccine in Phase 1 expansion 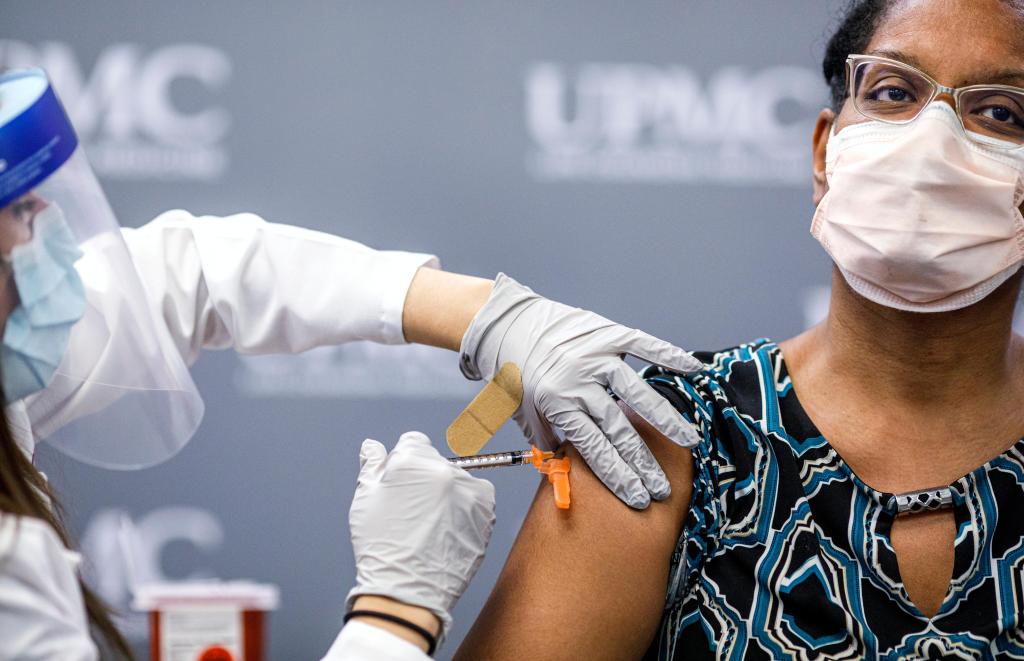 Colorado will revise its rollout of COVID-19 vaccines once again by allowing people 65 and older — rather than just those 70 and up — to be inoculated sooner, though when and how that will happen is still being fleshed out following sweeping changes to federal guidance Tuesday.

The Trump administration is now advising states to start vaccinating groups lower on the priority scale, including people 65 and older and younger people with underlying health conditions.

The administration also said it will no longer hold back doses that were being saved to ensure people who received their first shot got a second one, which is necessary for both the Pfizer and Moderna vaccines to reach their full efficacy.

“I’m thrilled with the guidance as an American,” Gov. Jared Polis said during a news briefing Tuesday, adding, “We, of course, will be (adapting) our guidance. We’ll be announcing that in a few days. It will take place in a few weeks because we do not want to squeeze out an 82-year-old for a 66-year-old.”

Tuesday evening, the governor’s office released a statement saying the state will not make changes to the vaccine distribution plan “until we can get concrete details on supply quantities, timelines for receiving that supply and engaging our partners who are on the ground administering the vaccine.”

State officials have focused on age in deciding who is eligible to get the shots first while vaccine supply is still limited, as age is a significant factor in determining who is more likely to have severe complications or die from COVID-19. It was the main driver behind the state’s decision two weeks ago to open Phase 1 to residents 70 and older.

The governor and state public health officials have said their goal is to vaccinate 70% of Coloradans aged 70 and older by Feb. 28.

Polis said the state still wants to focus on age in prioritizing vaccine distribution, given how older Coloradans have died from the novel coronavirus at a higher rate — despite the new federal guidance suggesting younger people with underlying health conditions also should be inoculated sooner.

Conditions such as heart disease and obesity can also lead to severe COVID-19.

“It makes sense medically that we would vaccinate people over 70 first and then think about comorbidities,” said Dr. Richard Zane, chief innovation officer for UCHealth, during the press briefing. “For right now, age is the single most compounding variable.”

Last week, President-elect Joe Biden said he wanted to release most available vaccine doses. He is expected to give a speech Thursday detailing his plans for vaccine distribution.

Polis said he had calls later in the day with both the current administration, including Vice President Mike Pence, and with Biden officials.

It was just two weeks ago that Polis expanded the state’s first phase of distribution to include essential workers and anyone 70 and older. But the decision — made without informing local officials — left county public health agencies and hospitals scrambling to respond to the high demand for the shots.

Many of the state’s health networks have only just gotten their systems up and running to accept sign-ups from patients, and in some cases, non-patients 70 and older.

Colorado created a phased approach to distributing the vaccine because of the limited supply of doses, but the state’s plans have undergone revisions as the governor moved groups originally in Phase 2 up in the rollout. The addition of essential workers and residents 70 and older added 1.19 million people to Phase 1.

The changes announced by the federal government on Tuesday comes amid criticism of the slow pace of distribution.

“We need more supply from the federal government to continuing vaccinating at this pace and to increase capacity,” Polis said. “We remain hopeful that the new administration will be sending more doses to the state to administer.”

Colorado officials expect to receive 70,000 doses of vaccine each week, an allotment that includes the doses that go to long-term care facilities.

Distribution of the shots at nursing homes and long-term care facilities have particularly been slow. Walgreens and CVS are administering the shots to residents and staff at the facilities through an agreement with the Centers for Disease Control and Prevention.

It’s been so slow that Colorado expects to receive an additional 23,400 doses of vaccine next week from Pfizer because Operation Warp Speed is withholding dose allotments that would normally to the federal program until the pharmacies catch up, Polis said.

“We continue to advocate for the federal program to accelerate vaccinations for nursing homes, long-term care facilities,” he said.

As of Sunday, 223,488 doses of vaccine had been administered in the state, with 35,798 people having so far received both doses of the shots, according to the state Department of Public Health and Environment.