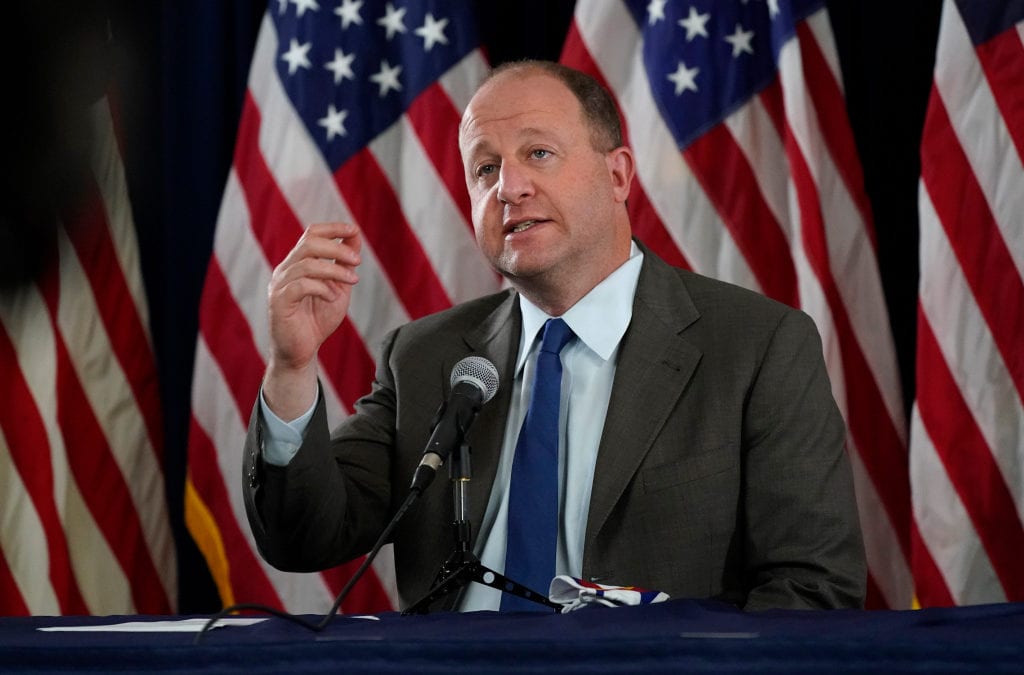 Gov. Jared Polis and legislative leaders Tuesday announced a special session of the Colorado General Assembly, likely to be held at some point after Thanksgiving, with the intent of passing a state stimulus package.

“Extraordinary times call for extraordinary actions,” said Polis, during a press conference at the Governor’s Mansion in Denver. “I’ll be asking the General Assembly to take up critical legislation that will help Colorado families and Colorado businesses survive these challenging winter months ahead to bridge us to the vaccine.”

Lawmakers expect to have roughly $220 million to allocate as part of the special session’s stimulus package, with areas of focus including housing, child care, small business relief, education and broadband access.

That isn’t a large sum in the grand scheme; it’s a fraction of the roughly $2 billion in federal stimulus money the state received through the CARES Act in the spring. The state previously announced a new program to provide $375 one-time checks to about 435,000 Coloradans, a modest stimulus effort that will cost $168 million.

Colorado cannot deficit-spend, unlike the federal government, and state budget officials and elected leaders have lately been blunt about how relatively powerless they feel to float the millions of Coloradans facing economic hardship, and the countless business owners worried about closing or cutting back.

“We cannot possibly do what the federal government can do,” Polis said Tuesday, adding that there would be no economy-wide small business loans or $1,200 stimulus checks emerging from this special session.

Added Garnett, of the legislature’s small pot of available money, “We know it’s not the same amount, but I do think it will make a big difference.”

Colorado leaders have been waiting on a new round of federal stimulus to help individuals and businesses, but it hasn’t come and there’s no indication of a new round in the offing. At Monday’s presser they described the lack of stimulus money as profoundly frustrating.

“Congressional inaction and partisan bickering has left millions stranded and completely abandoned at a time when there is the greatest need,” Garcia said.

Though the legislature’s regular annual session is just eight weeks away, Capitol leaders feel they must act now to get money out the door — especially given that new COVID regulations are likely to stiffen soon in many counties, if not the entire state.

“The immediacy of the impact to businesses with capacity restrictions means we cannot wait until mid-January and get money out in February,” Colorado Joint Budget Committee member and state Sen. Chris Hansen, D-Denver, told The Denver Post on Tuesday.

Said Garnett, “Why not wait until the legislative session starts in January? Frankly, January will be too late” for many businesses and households.

The minimum number of days for a special session is three, and Garcia told The Post he expects lawmakers won’t need more than three or four days this time.