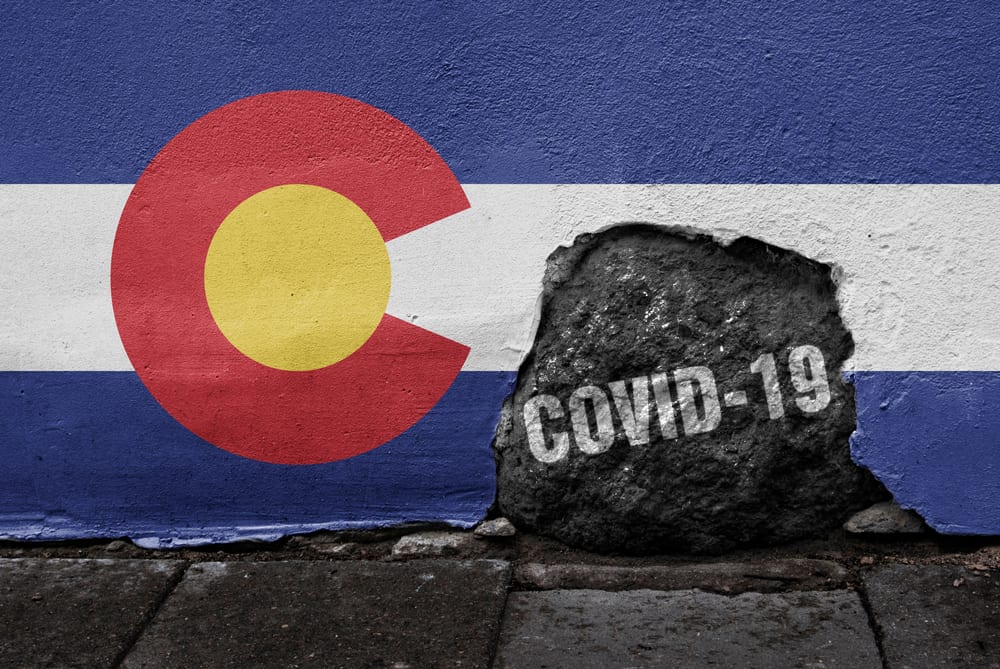 UCHealth, which established the site in a tent off South Parkside Drive, said Thursday it hopes to continue operating the site without FEMA support.

“UCHealth has been at the forefront of serving our community since the first cases of COVID were diagnosed in El Paso County,” Media Relations Specialist Cary Vogrin said via email. “We are committed to continuing the operations of the testing site off South Parkside Drive with or without federal support, so long as our supplies enable us to do so.

“UCHealth conceived the site, planned how it would function operationally and has staffed it since March 13. We are grateful for our community partners who have helped us thus far to provide services to symptomatic people.”

As recently as Tuesday, the site was recognized by the White House for efficiently carrying out its mission. It had received a significant amount of medical supplies and personal protective equipment from the federal government.

But Kelly said Public Health was informed that “now that it’s up and running, it’s the responsibility of the community to keep the testing site going.”

He noted that FEMA will no longer provide the supplies necessary to carry out testing.

UCHealth has operated the site for those who are referred by doctors. The FEMA tent tests any first responders, health care providers and those over 65 who are experiencing symptoms.

NPR, which reported Thursday that FEMA support for the community testing sites was being withdrawn, quoted spokespersons for FEMA and the U.S. Department of Health and Human Services as saying the 41 sites were intended as stopgaps to bring testing to critical locations, especially for health care workers and first responders.

“Many of the Community-Based Testing Sites are not closing, but rather transitioning to state-managed sites on or about April 10,” the report said, attributing the quote to an HHS spokesperson.

Mike Willis, director of the state Office of Emergency Management, said in a press call Thursday that he thinks the FEMA program could be extended.

“If that particular program does sunset, it’ll be replaced by different methods,” Willis said. “Testing is very important to the state of Colorado, and we’re pursuing a number of avenues with federal support to continue to be able to test. All those programs are constrained by the constrained supply system. But we are getting federal support for continued testing.”

Willis said during Thursday’s call that Coloradans “can expect to be encouraged to continue social distancing for the foreseeable future.”

Governor Polis has extended the state’s stay-at-home order through April 26.

“We’re continuing to evaluate the right policy decisions and working on advising the governor on the best path forward,” Willis said. “We do understand that until there is an active treatment or vaccine, that COVID-19 will be with us and we’re going to have to respond accordingly.”

Scott Bookman, incident commander for the Colorado Department of Public Health and Environment, said he believes social distancing and other measures the state has already taken have pushed the peak surge of COVID-19 cases back into May.

However, he said, “we do believe that there is undercounting of cases across the state [because] we don’t have laboratory confirmation of those cases. … We think that we have underrepresented the number of cases by somewhere between four and 10 times based on a lack of ability to collect specimens.”

Limitations in testing mean there is “a lack of true clarity on what is happening,” Bookman said, “but we’re always looking at the trends to understand what direction things are heading — looking at total case counts, looking at the number of deaths that are reported, looking at hospitalizations. We really look for the trends more than the individual numbers.”

Thursday’s numbers from the state health department, though, indicated that COVID-19 is continuing its rampage.

Through April 8, 6,202 people had tested positive or had been determined highly likely to have COVID-19 based on exhibiting symptoms and having had contact with someone who tested positive. That number was up from 5,655 cases reported through April 7.

Statewide, 1,221 people had been hospitalized as of April 8 and there had been 226 deaths. Cases were reported in 56 Colorado counties, and 54 outbreaks had been reported in residential and nonhospital health care facilities.

In El Paso County, 534 cases have been confirmed, and 32 people have died.

In other developments Thursday:

Medications can be picked up in the exchange parking lot from 8 a.m.-4 p.m. Monday to Friday. The main clinic pharmacy and the satellite pharmacy inside the base exchange are not open for pick-up. Service hours are subject to change based on conditions and installation commander direction.

El Paso County Parks is asking residents to use county park sites outside the Paint Mines Interpretive Park. County parks has noted exceptionally heavy use of the Paint Mines park and is concerned about whether physical distancing is being observed.

Climbing on the park’s hoodoo formations is prohibited, and dogs, bikes and horses are not allowed in the park.

Information about other parks available for outdoor recreation is available at elpasocountyparks.com.

Ent Credit Union announced it is giving $50,000 to local small businesses impacted by the pandemic.

Anyone can nominate their favorite (nonfranchise) independently-owned local business in the 14 counties Ent serves through May 3 via the credit union’s Facebook page. Businesses may self-nominate as well. Entries will share what makes the business great.

Twenty semi-finalists will be randomly selected from all nominations, and from this group a panel of Ent judges will select four finalists. The public will then be invited to vote for their favorite business.

“We hope that by providing a platform to hear the stories of so many great local businesses, it will encourage generous Coloradans to support them however they can,” Ent’s Chief Marketing Officer Jennifer Sussman said.