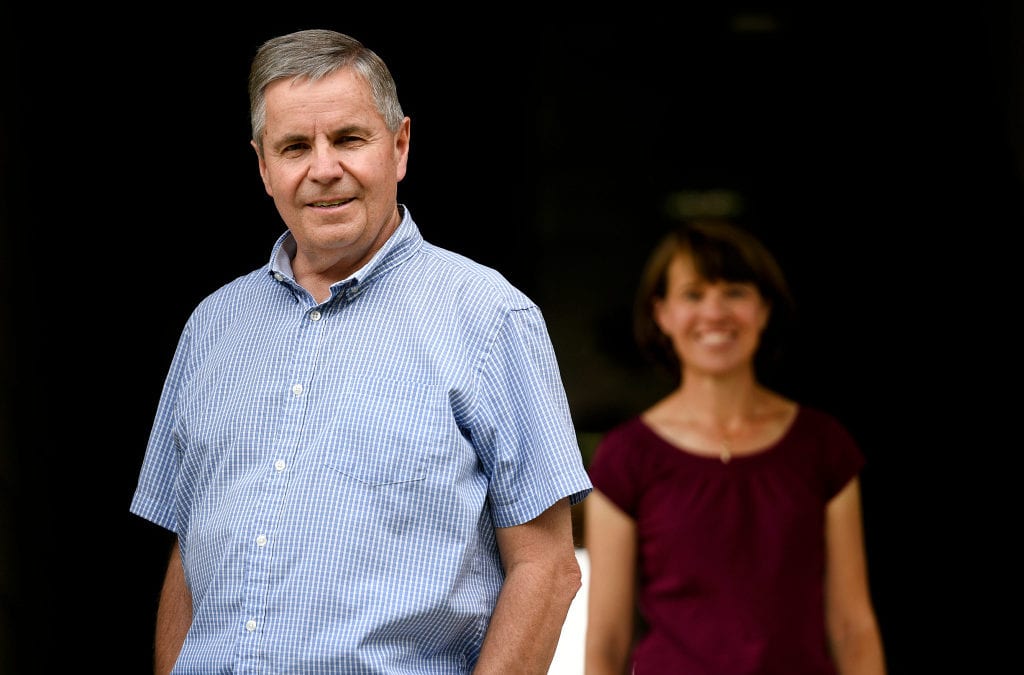 Five months before President Donald Trump fast-tracked its emergency authorization as a COVID-19 treatment, an infusion of convalescent plasma at a Colorado hospital may have helped save Ned Steffens’ life.

Steffens, 65, was admitted to Boulder Community Health with COVID-19 on March 30. His wife brought him in with a 104-degree fever. Doctors placed him on a ventilator that same day.

A few days later, with her husband in the intensive care unit, Stephanie Steffens, 49, was asked whether she would approve an experimental transfusion of convalescent plasma from a COVID-19 survivor. Doctors hoped antibodies developed by the donor while fighting the respiratory disease would boost his ability to fight and survive.

On April 13, Ned was taken off the ventilator. On May 3, he was discharged from the hospital to continue his recovery at an apartment in Longmont.

“I think it was a good decision to do it and it very well, literally, could have made the difference between life and death,” Ned Steffens said, “but it’s hard to know” for sure.

Steffens’ case and other like it illuminate the debate over the efficacy of plasma infusions in treating the disease that has killed more than 177,000 Americans. Trump’s order over the weekend makes it easier for coronavirus patients to access plasma than the experimental process used by Steffans, but medical experts, including those with the U.S. Food and Drug Administration, say there is still not enough evidence to prove it works, let alone determine how much is needed and when it should be administered.

Denver-area companies such as Terumo BCT, which makes plasma-gathering equipment, and local medical institutions including Children’s Hospital Colorado, which collected the plasma that was donated to Steffens, have been in the thick of convalescent plasma research since the pandemic’s early days in Colorado — and likely will continue to be as the treatment moves into its next phase.

Dr. Kyle Annen is the medical director of transfusion services at Children’s Hospital Colorado, based on the University of Colorado’s Anschutz Medical Campus in Aurora. Her team collected its first units of plasma from recovered COVID-19 patients on March 31, four days after the FDA approved its experimental use in serious COVID-19 cases. Because the operation is small and nimble, Children’s was able to pivot to plasma collection before entities like Vitalant — formerly Bonfils Blood Center — and the Red Cross were ready, Annen said.

“We have actually sent convalescent plasma out of state to areas with higher needs,” she said. “We have shipped it to Utah, California and Illinois. It’s going where all the cases are right now.”

Even plasma collected in other states and other parts of the world may have links to the Denver area thanks to Terumo BCT. The Lakewood-based company makes a variety of blood and cell therapy equipment, including machines and kits used for collecting plasma.

Since the pandemic began, Terumo BCT has upped its global factory staff by 150 workers, CEO Antoinette Gawin said. Most of those people have joined the company’s roughly 1,250-worker production team in Lakewood. That has allowed it to up the production of its plasma collection kits by more than 35% over pre-pandemic levels.

Following Trump’s announcement, Gawin said the company expects to increase production another 15% in the next six months.

Gawin emphasized that convalescent plasma is safe and has been used to treat other infectious diseases including SARS and Ebola. The major question that remains for her is when it should be used so that it can have the greatest impact fighting COVID-19. She lamented that its use has been “thrown into a political swirl just like face masks.”

Annen feels data collected during the pandemic supports plasma as an effective treatment for the seriously ill, particularly when it comes from donors who just got over their novel coronavirus infection and have a high concentration of antibodies in their blood.

“Pretty much every study so far has at least strongly suggested that there is a reduction in deaths — mortality — from COVID-19 upon receiving the plasma,” Annen said.

But there is no scientific consensus the treatment works. On Tuesday, FDA Commissioner Stephan Hahn walked back statements that overstated plasma’s life-saving benefits in the face of an outcry from scientists and medical experts. Critics have alleged the president rushed the approval to bolster support for his re-election campaign ahead of this week’s Republican National Convention.

On Tuesday evening, Ned and Stephanie Steffens were scheduled to board a plane back to Spain, where they live and work for the nonprofit Evangelical Alliance Mission. Ned Steffens said he is “feeling pretty good” these days.

“We’re just grateful he is alive and we’re thankful for all the people who were involved in his care,” Stephanie Steffens said.

The couple said they don’t feel comfortable making a recommendation one way or another about convalescent plasma infusions, but if faced with the same circumstances they found themselves in this spring, they would do everything the same.

“The way I look at it is there were three dynamics that contributed to me being alive,” Ned Steffens said. “God intervened directly, the hospital staff was fantastic and my amazing wife.”