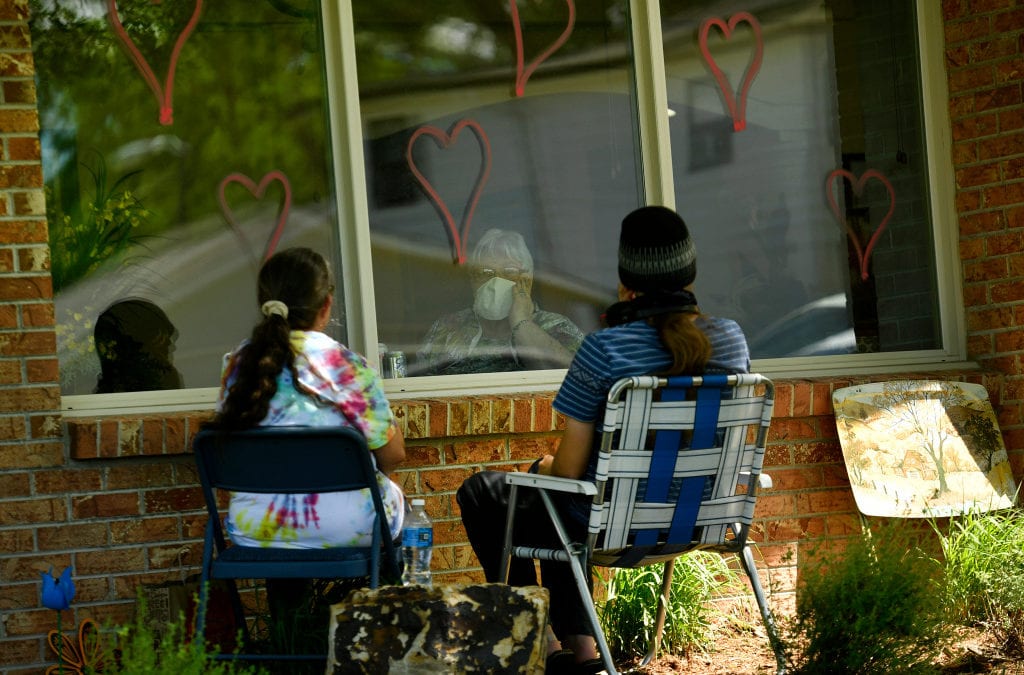 Colorado is experiencing a surge in COVID-19 outbreaks, with nursing homes and assisted living facilities once again seeing growing clusters of infection among residents — raising the odds that high death tolls await this winter.

New data released Wednesday by the Colorado Department of Public Health and Environment showed 57 nursing homes were experiencing outbreaks of the novel coronavirus, as were 58 assisted living facilities, some of which have units for patients with dementia. A week earlier, 43 facilities of each type reported outbreaks.

Ten of the current outbreaks in nursing homes and assisted living facilities involve 50 or more residents, and seven have recorded 10 or more deaths.

When the new coronavirus first arrived in Colorado, it hit long-term care facilities particularly hard. Nursing home residents accounted for a disproportionate share of deaths, likely because the odds of dying from the virus increase with age. Over the summer, outbreaks shifted toward locations that the general public frequents, like stores and restaurants, and the pace of new deaths decreased as infections clustered in younger age groups.

Doug Farmer, president and CEO of the Colorado Health Care Association, said long-term care facilities are in a better position than they were in the spring, because they have more consistent access to personal protective equipment and testing. Still, the best defense is to keep the virus from spreading widely outside facilities, by wearing masks and practicing social distancing, he said.

“If we can control the spread in the general community, we have a much better chance of controlling it in the long-term care communities,” he said.

Now, with the virus spreading in all age groups, outbreaks are returning to facilities that house a medically vulnerable population. The number of outbreaks in long-term facilities tracks closely with the level of spread in the general community, which has reached levels never before seen in Colorado, state epidemiologist Rachel Herlihy said.

“The risk there is primarily through staff who may be exposed in the community and then unknowingly — because oftentimes this infection, unfortunately, is asymptomatic, so we don’t have any signs to notice to stay home — those workers could potentially introduce that virus into a facility,” she said.

Colorado reported 4,035 new coronavirus cases Wednesday. The seven-day average of new cases has grown more slowly in the last few days than in recent weeks, though it’s not yet clear if that represents the start of a plateau. Deaths also don’t appear to be increasing as quickly, though the reporting lag with fatalities makes it difficult to identify trends.

Statewide, 1,428 people were hospitalized Wednesday with confirmed cases of COVID-19, breaking a record set the day before. The percentage of intensive-care beds in use also set a new high, with 86% occupied. At the height of the initial spring wave, about 73% of ICU beds were in use, though some of the difference could be because hospitals haven’t stopped doing elective surgeries across the board.

“We are at the highest point in hospitalizations in the course of this pandemic,” said Scott Bookman, Colorado’s COVID-19 incident commander. “Our health care system is beginning to feel the stress.”

New outbreaks surged in November, with 958 clusters reported as active in the week ending Wednesday. That was an increase of 223 compared to a week earlier.