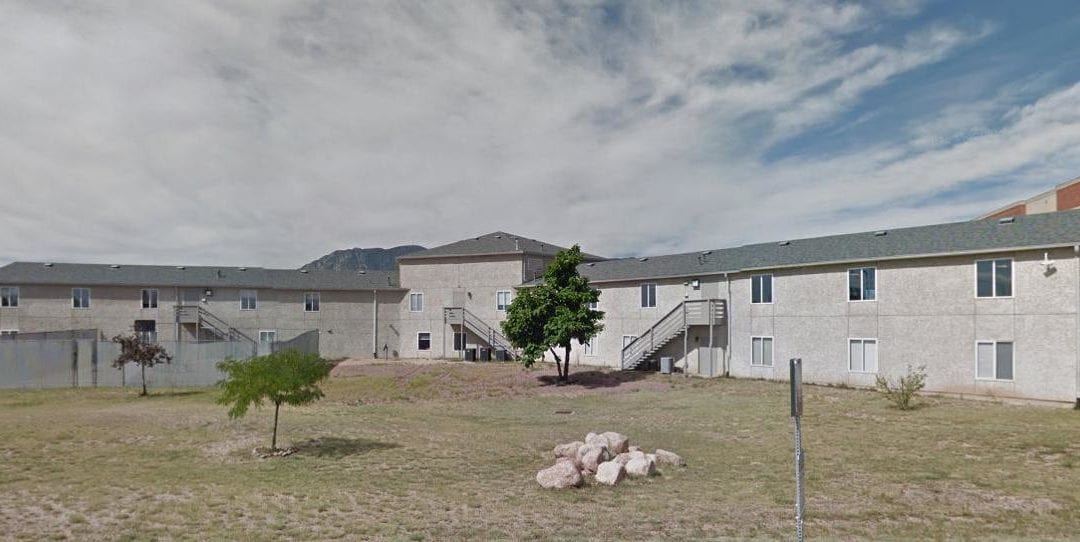 A shuttered prison being used to isolate dozens of Colorado Springs halfway house residents amid a COVID-19 outbreak is facing claims of substandard conditions, with some occupants reporting “sweltering” heat, unsanitary bathrooms and access to a single water fountain that produces “milky” water.

The complaints — disputed by administrators at Community Alternatives of El Paso — come amid a widening a coronavirus outbreak in which a staff member and four residents at the privately run facility have tested positive for coronavirus, El Paso County Public Health data show. A fifth resident is listed as “probable” for the disease.

Every resident in custody is under quarantine with restricted movement, a precaution that will last at least 14 days from Aug. 5, a company representative said.

Brian Miller, a spokesman for GEO Group Inc., a Boca Raton, Fla.-based, for-profit company that operates the facility, denied claims of unsanitary conditions in a written statement Tuesday. Miller said the former prison being used for isolation has working air-conditioning, and that high-traffic areas are disinfected.

“We take our responsibility to ensure the health and safety of all those in our care, and our employees, with the utmost seriousness,” Miller said, adding that CAE works with local and state health workers to implement “best practices” for preventing COVID-19 transmission.

CAE houses a mix of former Colorado Department of Corrections prisoners sent to finish out their sentences and people sentenced directly to the facility, often for low-level offenses.

The same day residents and staff were tested, CAE administrators transferred nearly 70 people from the halfway house at 2945 E. Las Vegas St. to an empty prison next door in a bid to prevent the virus’ spread. Miller previously said the move came in part at the urging of state health officials. The residents were primarily from the top floor of the halfway house, where at least one resident had tested positive.

The empty prison-turned-isolation ward formerly housed the Cheyenne Mountain Re-Entry Center, a private medium-security facility that GEO Group previously operated under a contract with the Colorado Department of Corrections.

The prison — which held more than 600 inmates — had been vacant since March, weeks after contract negotiations fizzled between GEO Group and state corrections officials. A state prison official said the negotiations involved sparring over “monthly” problems at the facility, including inadequate staffing. GEO Group blamed the closure on Gov. Jared Polis’ administration, saying that Polis’ 2020-21 budget proposal had targeted the facility for closure, creating challenges in recruiting and retaining staff members.

Among the CAE residents transferred to the shuttered facility were Chase Sellers, 24, and Brian Phelps, 41, who raised health and safety concerns in separate interviews with The Gazette, describing the facility as unsanitary and understaffed.

The men said they weren’t given regular breaks outside over the weekend, as is customary, keeping them locked in a wing of the prison where they are otherwise free to move about.

A shared bathroom was “filthy,” and water from the only working fountain had a “milky” or “cloudy” appearance, Sellers and Phelps told The Gazette. Sellers provided photos, taken with a cell phone, that appeared to show cloudy water shooting from the water fountain.

Sellers said the men were drinking bottled water from a case that a fellow resident had found elsewhere in the facility, as if abandoned.

Although residents who tested positive for COVID-19 were kept in a different wing, other residents who had been in contact with them were housed in the same area as Sellers, he said.

Miller disputed their accounts in his statement, writing, “the air conditioning is currently functioning, the facility is clean, and high-traffic surfaces are disinfected multiple times per day.” He said residents who tested positive for COVID-19 were housed in individual rooms with attached bathrooms. Miller said water from the faucet is clear, and that bottled water and ice are being provided.

Miller said annual facility certifications are still in place and utilities were not shut off after the prison closed.

Milky or cloudy water is often harmless, according to an El Paso County Public Health document, which said it may be “caused by air that enters pipes and escapes in the form of oxygen bubbles when water leaves your tap.”

Sellers was moved into isolation after he cut his hand while working at a Colorado Springs auto lot. A co-worker took him to an emergency room, where administrators told him he could have been exposed to the virus and therefore should be isolated. He said he wasn’t given supplies to change his bandages for at least a full day after his transfer from the halfway house to the prison.

“I’m worried I could get MRSA in here,” he said, referring to an antibiotic-resistant bacterial infection.

Phelps, who spent the weekend at the former prison, was paroled from the facility Monday, saying he was needlessly exposed to the virus by being placed into the isolation ward in his last days in custody, rather than being released.

Phelps said he also was isolatedafter a trip to an emergency room, in his case after passing out for dehydration. He works in the lumber department at a Colorado Springs home supply store, and said he had lost an estimated 50 pounds while in custody at CAE, where food is provided by the county jail.

Miller declined to address why they were placed in isolation, saying “medical conditions and medical history are considered proprietary.”

Two inmates remaining at the CAE halfway house facility said they fear risk of exposure to the coronavirus because of cramped quarters and the use of shared common areas. Although masks are provided to residents and worn by guards, the men sleep in close quarters, they said.

“We’re not six feet away from one another sleeping in bunk beds,” one said, questioning why more inmates aren’t released on furlough. Miller said furlough requests must be approved by El Paso County, which contracts with the state to provide community corrections services. The county in turn has a subcontract with CAE to run the halfway house.

Guards who worked in CAE’s upper floor, where at least one resident tested positive, were also seen on the first floor and in common areas, introducing another possible means of transmission, he said. The resident asked that his name not be published, saying he was seeking a furlough and feared reprisals.

GEO Group also operates the Aurora Immigration and Customs Enforcement Processing Center, where 18 inmates and six staff members have tested positive for COVID-19 in an active outbreak, according to state public health data.