COVID-19 infections in schools triple in past week in Colorado 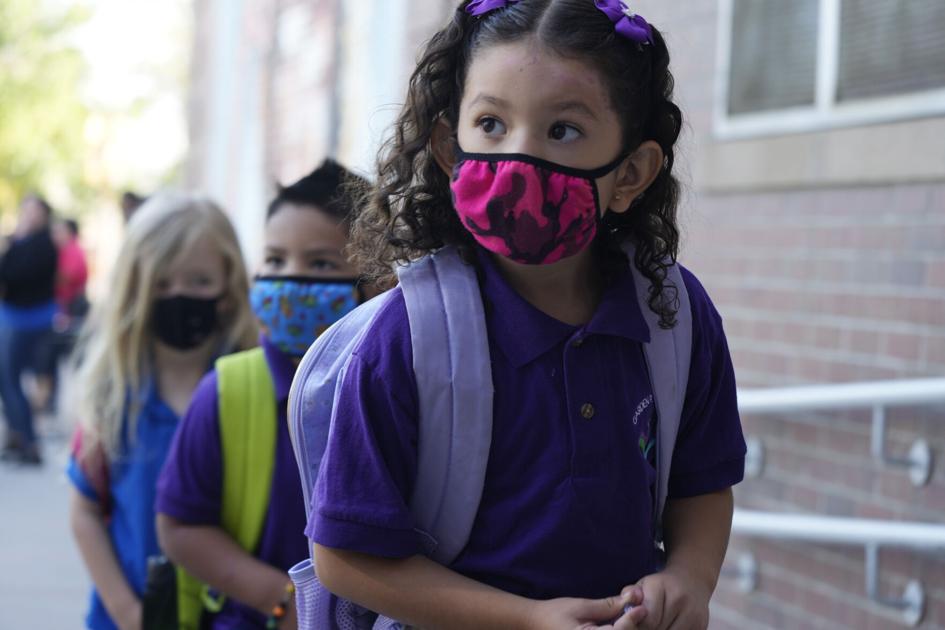 The number of COVID-19 cases in Colorado schools nearly tripled in the past week, according to a Denver Gazette analysis of statistics the Colorado Department of Public Health and Environment issues weekly.

Active outbreaks jumped from 15 schools in the Aug. 25 data release — the first surge to emerge since in-person classes resumed for the new academic year — to 43 schools as of Wednesday.

“The delta variant has made it much more common to be exposed to the virus,” she said. “A return to school causes a mixing of populations, which contributes to the spread.”

Increased infections, largely due to the delta variant, comes as school and public health leaders in many of the state’s 64 counties debate whether to require students and staff to mask up.

An updated mandate requiring facial coverings be worn by anyone 2 and older in all school and child-care settings took effect Wednesday in Douglas, Adams and Arapahoe counties, for example.

Two school districts in Colorado Springs are requiring masks, Cheyenne Mountain D-12, where Monday’s school board meeting drew impassioned protests, and Manitou Springs D-14, where the entire town is under a mask order for all public indoor spaces.

But rising infections are forcing some schools to revert to remote learning, including in at least two buildings in School District 49 in El Paso County, whose board has objected to reinstating pandemic protocols.

Under public health orders updated this week, Colorado schools must report cases and outbreaks and comply with local and state public health requirements, including isolation and quarantine practices.

The Amazon facility in Colorado Springs reported 36 cases Aug. 6, which remain on the state’s active list.

The numbers are concerning and can be difficult to interpret, Amazon operations national spokeswoman Barbara Agrait said in an email.

“Site-specific case figures lack a significant amount of context — like when each individual was last onsite, the overall infection rate in the community where the site is located, community data relative to where the associate lives, timelines since the start of the pandemic and the overall rate compared to other companies, to name just a few,” she said.

The company communicates with local health departments and employees and does contact tracing when positive cases arise, Agrait said. “We’re doing everything we can to support our employees through the pandemic.”

According to this week’s statewide data:

• Skilled nursing home infections jumped by 25% in the past week, to 247 cases.

• New to the active list are two homeless shelters. Denver Rescue Mission reports 29 cases among residents at its 48th Avenue Center, and 16 residents and 11 staff at La Puente Home in Alamosa tested positive.

• Psychiatric hospitals have a total of 28 cases, with infections at facilities in Pueblo, Fort Logan and Denver.

• Sterling Correctional Facility has joined the category of state prisons, along with Buena Vista and Denver Reception and Diagnostic Center, which collectively have 33 cases, up from 17 last week.

• A total of 790 active cases are linked to healthcare facilities, from hospitals to residential settings to outpatient centers.

“The prediction is based on the idea that neither we are changing, nor is the virus changing,” she said.

State health officials announced Tuesday that three-quarters of adults over age 18 in the state have received at least one dose of the COVID vaccine.

The State Board of Health on Monday approved emergency rules requiring licensed healthcare facilities to mandate that employees, direct contractors and support staff who interact with individuals seeking medical care, receive the COVID-19 vaccine by Sept. 20.

All state employees must prove vaccination by that date as well or submit to twice-weekly testing.

Another indicator trending upward is the presence of the virus at wastewater monitoring stations along the Front Range.

Collection data show cities such as Aurora are seeing increases in the virus appearing in fecal matter, paralleling the high levels experienced in January, before mass vaccinations began rolling out — and reversing what had been a downward pattern.