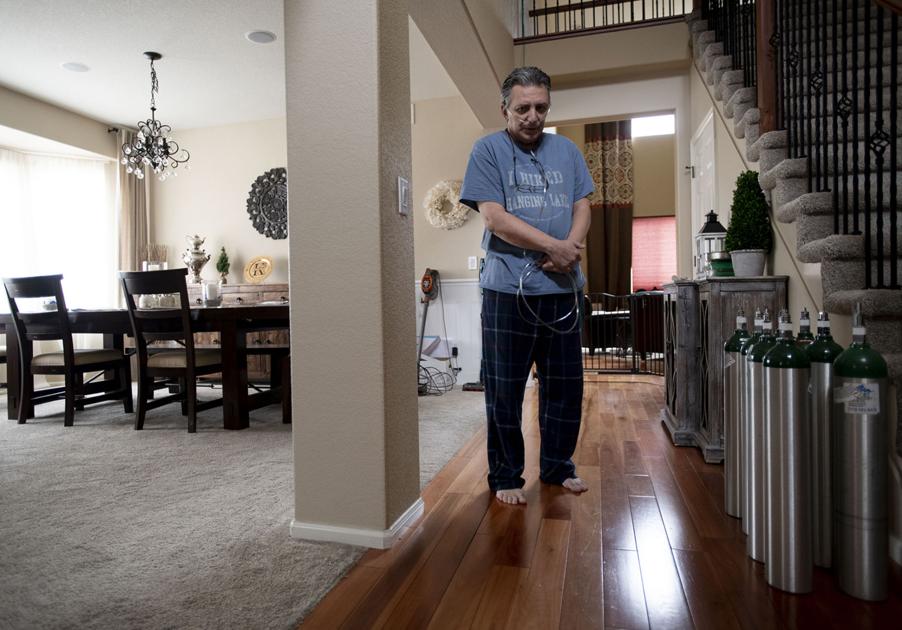 The Colorado health department has reported almost 1,000 deaths in the state caused by the novel coronavirus, but data released by the federal agency that tracks all disease and death figures across the U.S. suggest a higher death toll.

The U.S. Centers for Disease Control and Prevention monitors all deaths, and counts deaths as “excess” when they surpass the upper range of what is called a 95% confidence interval, that is, the expected maximum number of deaths in 19 of every 20 weeks, based on historical data.

When the tracked COVID-19 deaths reported by the Colorado Department of Public Health & Environment are subtracted from the total deaths recorded in the state, what’s left shows a surge of deaths above the CDC’s excess deaths threshold.

There were 785 “excess” deaths between March 15 and April 18, but only 484 deaths, or about 60% of those, were counted as COVID-19 deaths, leaving more than 300 “excess” deaths during the same five week period, without a clear explanation. (See chart here)

The figures are preliminary and will likely be adjusted as details about deaths are gathered.

“The phenomena is not surprising,” said Dr. Jonathan Samet, the University of Colorado School of Public Health dean and lead researcher on a team of experts advising the state’s coronavirus task force. “Historically, mortality goes up during influenza outbreaks, and not attributed directly to the influenza itself.”

They’re a combination of deaths directly caused by the virus, but which aren’t tracked as COVID-19 deaths, he said, and also deaths linked indirectly to the virus.

Untracked COVID-19 deaths can occur if someone doesn’t seek medical treatment then dies from COVID-19 at home, or in a setting where the cause might not get tracked properly, as perhaps in a nursing home.

Someone in a nursing facility could die of COVID-19, Samet said, but be believed to have had a more ordinary respiratory illness.

Sometimes an underlying condition can be exacerbated by the virus, causing someone with a respiratory or cardiac condition to die.

“At any given point, we have people with severe diseases, who are teetering, and the virus can push them over,” Samet said. “Or someone might have an underlying disease and they haven’t been diagnosed yet.”

Other deaths can be indirectly linked to a pandemic because of the strain put on the health care system. Someone with an acute condition that requires timely treatment, like a stroke or heart attack, could encounter delays at a hospital because doctors and nurses are busy with virus patients.

Though there haven’t been reports of hospitals unable to take patients because of coronavirus patients, even diverting a patient from a closer hospital can cost valuable time during time-sensitive medical episodes.

Even perceptions about a pandemic can lead to additional deaths. Someone suffering an acute, life-threatening condition, might delay seeking medical attention, either because they believe hospitals are too crowded or that they might contract the virus if they visit a hospital.

Delayed treatment in those cases leads to more deaths from those causes.

Julie Lonborg, the spokesperson for the Colorado Hospital Association, said that has sometimes been the case.

“Heart attack, stroke, abdominal issues,” Lonborg said. “We definitely have heard anecdotally about patients who have waited too long.”

Appendicitis, for example, can be treated with medication if someone gets to the hospital quickly. But if the appendix ruptures, surgery is required. Mortality for a ruptured appendix rises from about one percent to as high as five percent.

It will take months, Lonborg said, to compile and analyze patient data that could show increased mortality for illnesses that required immediate attention.

With people staying home more, Lonborg said she expects deaths in auto crashes and Colorado’s “outdoor adventures” will show a decline. At the same time, she said distancing could have a negative psychological effect, leading to increased suicides or deaths related to drugs and alcohol.

She stressed that for anyone having an acute medical emergency, it’s crucial not to delay seeking medical attention or getting to a hospital. It’s a message the hospital association publicized earlier this week.

“Colorado’s emergency departments are safe, clean and ready to care for patients,” Dr. Darlene Tad-y, the group’s vice president of clinical affairs, was quoted saying in a May 5 press release. “As Governor Polis has said several times, if you would have gone to the emergency department before COVID-19 for a life-threatening condition, you should go now.”

The group issued reminders about the most time-sensitive illnesses that need immediate attention and what to look out for:

The novel coronavirus has been a leading cause of death in the state over the past month, topping cancer and heart disease, and far outpacing stroke, Alzheimer’s, suicide and influenza. (See chart here)

Meanwhile, in its most recent report to the state, Samet’s team estimated that because only about 100,000 Coloradans, or about 1.7% of the population, have been tested for the virus, roughly two-thirds of symptomatic cases in the state are not counted in the official total.