Could the 2020 U.S. Presidential Election Be Postponed? 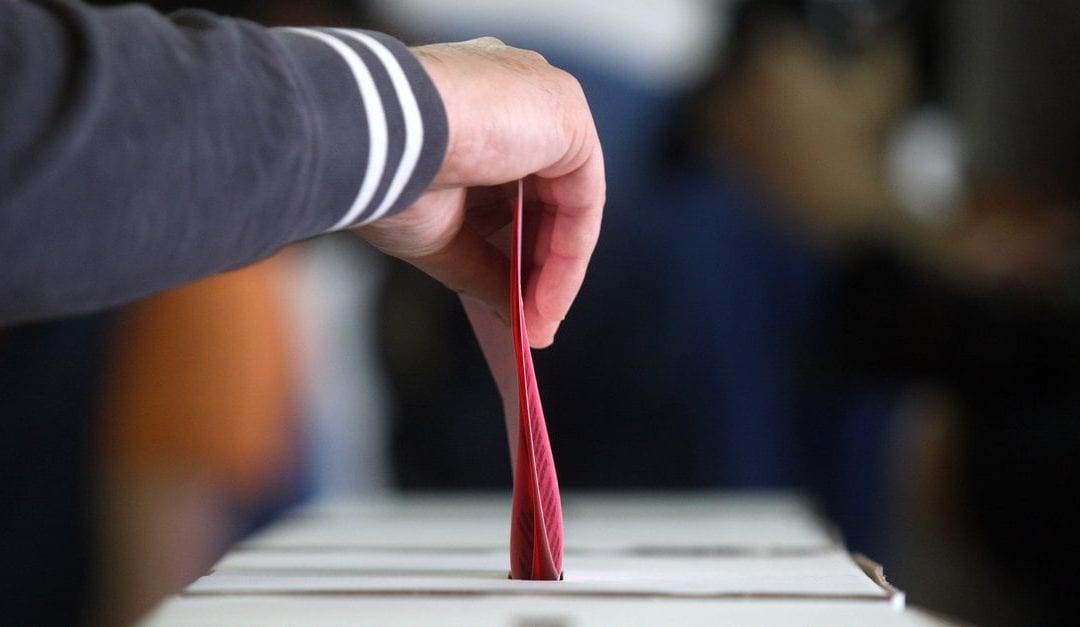 As governments fight the COVID-19 pandemic, Snopes is fighting an “infodemic” of rumors and misinformation, and you can help. Browse our coronavirus fact checks here. Tell us about any questionable or concerning rumors and “advice” you encounter here.

In March 2020, the COVID-19 coronavirus disease pandemic resulted in the curtailment of social gatherings; severely impacted businesses such as restaurants, entertainment venues, and airlines; and brought rumors of government-mandated curfews and “national lockdowns” throughout the U.S.

The pandemic also prompted the postponement of primary elections in some states, an event that brought a sober question to the mind of many Americans: Could the U.S. presidential election scheduled for Nov. 3 be delayed if necessary?

Although some alternative voting methods exist, most citizens still vote by reporting to polling places in person to cast their ballots. If the pandemic still required the maintaining of social distancing as much as possible come November, thereby forcing millions of Americans to choose between skipping voting or risking the spreading of an infectious disease, what would the alternative be? Could the U.S. delay the election until pandemic-related restrictions had been eased?

The answer to the latter question is: Possibly, but with great difficulty and little flexibility.

Although the United States’ use of the Electoral College system means that the president is essentially chosen via electors selected through 50 different state elections rather than by one nationwide election, federal law requires that all of those electors be appointed on a particular date. The Presidential Election Day Act, passed by Congress in 1845, mandates that “the electors of President and Vice President shall be appointed in each State on the Tuesday next after the first Monday in the month of November of the year in which they are to be appointed.” The sitting president has no ability on his own to alter that date — he cannot issue an executive order or otherwise act unilaterally to change the deadline.

All of the individual states could conceivably change the method by which they choose their electors to something other than popular vote, but that option would require, for the most part, that the state legislatures and governors in all 50 states approve new methods for selecting electors by Nov. 3. But such a course of action would likely be quite difficult to accomplish in time and prove extremely unpopular with voters.

Another option for states to be able to choose their electors via elections held later than Nov. 3 would be for both houses of the U.S. Congress to pass, and the president to sign, a law superseding or modifying the Presidential Election Day Act to establish a new date. But given the current highly polarized state of U.S. politics, the chances that such a feat could be accomplished in sufficiently timely fashion — if at all — are also extremely unlikely.

And even if the U.S. legislative and executive branches could sufficiently cooperate to buy some additional time by delaying the next election, they wouldn’t have much leeway. The 20th amendment to the U.S. constitution states that the current president’s four-year term ends at noon on Jan. 20. So the election couldn’t be put off by much more than two months without incurring the risk of leaving the U.S. without a president or vice president come Jan. 20, and leaving Congress the chaotic task of having the Speaker of the House temporarily govern while figuring out how to rectify the absence of a duly-elected chief executive. (Altering that Jan. 20 deadline would require amending the U.S. Constitution in a matter of months, a virtually impossible feat.)

Perhaps the most sensible and practical option for minimizing the effect of the COVID-19 pandemic on the 2020 presidential election is one offered by Richard L. Hasen, an election law expert and professor at the University of California, Irvine:

Mail-in balloting, which is used almost exclusively in several states such as Washington and Colorado, would give voters a chance to vote without having to show up at the polls. It would ensure that fewer people would be disenfranchised. And importantly it would provide a good argument against an attempt to try to postpone voting in November (or worse yet having state legislatures appoint presidential electors themselves without a vote of the people) …

Congress has the power to pass such a law. The elections clause in Article I, Section 4 of the Constitution gives Congress broad powers to overrule the states on the “time, place, and manner” of holding congressional elections. It is this same broad power that gives Congress the ability to require states to follow certain streamlined procedures in registering voters, and to offer voter registration ability at government offices like the Department of Motor Vehicles. So long as Congress pays for all the costs, there should be no constitutional issue with requiring states to offer this means of voting. And paying for these costs is key, because even in states allowing for vote by mail, there could be millions more ballots cast by this method than are usually cast in this way, ramping up costs significantly.

As then-national security adviser Condoleezza Rice said back in 2004, when the possibility was being considered of having to delay a federal election should another major terrorist attack occur in the U.S., “We’ve had elections in this country when we were at war, even when we were in [a] civil war. And we should have the elections on time.”

We have big plans. We need your help.