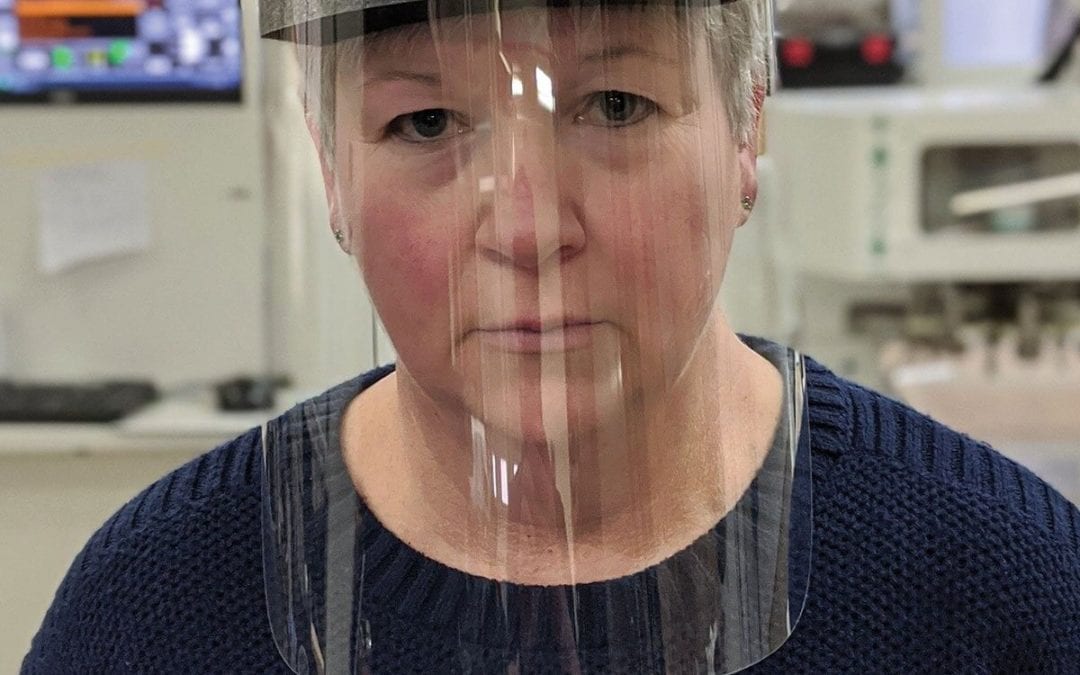 Factories are converting to manufacture ventilators for treatment of critically ill COVID-19 patients; President and CEO of AdvaMed Scott Whitaker weighs in on ‘America’s Newsroom.’

Get all the latest news on coronavirus and more delivered daily to your inbox.  Sign up here.

You could call them the Coronavirus Mountain Division.

From the Colorado Rockies to the Green Mountains of Vermont, American skiers and snowboarders are among the growing list of do-it-yourself COVID-19 helpers nationwide. And they’re hoping other makers and health care workers can assist in their efforts to flatten the curve.

Small-batch manufacturers of both skis and snowboards have become an unlikely lifeline for desperate hospitals nationwide, even if some health care facilities don’t know it yet.

With local emergency rooms running low on supplies, these winter-sport entrepreneurs are finding out that their equipment is able to produce some critical items for health care workers, even if it means putting their ski and board production on-hold.

A fiery-red, bold-faced message now greets visitors at the website for Shaggy’s Copper Country Skis in Michigan: “We have transitioned our manufacturing from making skis to making face shields for hospitals and healthcare workers. In-stock skis will ship as ordered. Orders for custom skis and skis not in stock will be fulfilled after April 13th. If you are in need of face shields for your facility, please contact us at 231-459-4323.”

The family-owned company is named after a great-grand uncle “Shaggy,” who was shaping skis himself at the turn of the century. Jeff Thompson, co-founder of the company and a Shaggy descendent, told Fox he “definitely never would have dreamed that we’d be making a face shield for health care workers.”

When Thompson noticed the coronavirus situation was getting dire in his state, he took to social media to see if his ski-manufacturing equipment could be of use to anyone in need. Within days, he received a call from a local hospital.

They let him know that the equipment he uses to laser-cut the plastic for his skis would be perfect for producing surgical face-shield masks, and offered to drop-off a prototype at his shop the next day. He told them “don’t bother” —  he was sitting in one of their hospital rooms at that very moment. His daughter, Sawyer, had been born some 12 to 14 hours earlier.

“We’re all working long hours, and obviously, I have a newborn at home, and I’d much rather be hanging out with her and my wife,” Thompson said. “[But] I guess making little face-shields is going to, you know, be part of a solution, and that’s all we wanted.”

After his first discussion with the hospital buyer, Thompson thought 10,000 shields might be a good number to shoot for. “We’d get them done and, you know, do our part to help out. Well, found out then that they wanted 16,000, and then they wanted 24,000,” Thompson said.

Then he started getting calls from other hospitals.  “So now we’ve got 75 or 100,000 to make right now, and more materials coming in to double that,” Thompson said.

He estimates that between the nine employees at his shop, and the 13 at his brother’s stencil-cutting business, they will produce “probably about 175,000.” And they’re still taking orders.

Jason Levinthal is another ski industry pioneer who’s found himself knee-deep in the effort to bring his ski-industry know-how to the fight against coronavirus, but not by producing any actual equipment.

Levinthal founded the now-international brand LINE Skis in 1995, worked as the former CEO of Full Tilt ski boots, and currently runs cult-favorite J skis in Burlington, Vermont. He told Fox that even he was stunned when he discovered makers in his own industry, like Shaggy’s, were already helping assist health care workings in the battle against COVID-19.

“We really need hospitals to… say what they need, so the makers can reach out and get it to them.”

Unable to produce anything with his own manufacturing equipment, which is located in Quebec, Levinthal took it upon himself to spread the word to others in the business who might be able to help. “I just put it out there and immediately, the responses were like ‘rah, rah, rah!’”

But there was a major disconnect, Levinthal said. “We don’t know who needs what, what exact type of product, what machines do you need to make them. There was just way more questions than answers, but everyone was asking those questions with great intentions,” he explained.

That’s when Levinthal was contacted by another small-time VT ski maker, Vin Faraci of WhiteRoom Skis, who also happens to be a health care worker himself. Faraci suggested that Levinthal needed to bring the maker and health communities together, and bridge the gap between people with equipment like Shaggy’s, and the hospitals that need protective gear.

Within 24 hours, Levinthal answered the call and created MakerExchange.org.

“I’m not a programmer, I’m just a problem-solver in general,” Levinthal explained. “I started to make skis because I wanted to be able to do things on my skis that weren’t previously possible, so I made a better ski.” He took the same approach with MakerExchange, he said.

“I mean, whether they get it or not, whether people see this or not is another story,” Levinthal said, “but at least we have kind of a centralized database.”

“Everyone wants to go back to building skis. But, you know, the road there… has curves in it, currently.”

The bigger problem, he added, is getting the people who need this equipment to the table, as well. “I think that’s actually a harder part because they’re so damn busy right now,” Levinthal said.

Makers in his industry “are just crafty people that are not scared away by, and actually thrive on the thrill of the challenge,” he added. “We really need hospitals to check-in [at MakerExchange] and say what they need, so the makers can reach out and get it to them.”

One of the businesses Levinthal spotlighted on his new site is Venture Snowboards, another small-production company based out of Silverton, Colorado, that’s lending a hand in the coronavirus effort.

Venture founder Klem Branner told Fox News that he received an email from local manufacturers detailing the kind of equipment that hospitals were looking for in his area. He realized his small-scale board shop couldn’t produce things like ventilators, which he had heard were in high-demand, “but then looking through that list, face-shields was on there. And, you know, it’s just a piece of plastic, and we cut plastic all day long,” he said.

“So I thought, well shoot, I have some clear plastic that we’ve had just sitting around for a long time, and I could get ahold of some foam from the hardware store… And I have a friend in town who does sewing and stuff, so I got some rubber straps from her. And then I just slapped that prototype together in you know, 20 minutes, with just scissors,” Branner explained.

After producing a successful prototype and sourcing some materials for production at-scale, Branner took to social media to see if anyone might need his help. “The next day, I got e-mails and calls from hospitals in places from New York to California,” he said.

Like businesses in so many other industries, Thompson, Levinthal and Branner are all turning their focus to the coronavirus fight at a time when their own future is uncertain. “Everyone wants to go back to building skis,” Thompson said. “But, you know, the road there… has curves in it currently,” he chuckled. The global ski season effectively shut down at the height of the spring season, one of the last big buying periods of the year for brands like theirs.

“”One hospital order I took this morning was a local hospital, and they had 10 [face-shields] left. So it’s like, ‘yeah, OK. You are kind of at the top of the list.'”

Big-name companies in the snow-sports industry like Subaru, and even smaller businesses like Pedigree Ski Shop in New York, have also managed to come up with ways to support first-responders. Both have donated winter goggles to local hospitals since protective lenses of any kind are in short supply.

Branner was in the middle of what would’ve been a hiring spree when he had to shut down operations, and is now working by himself on the surgical shields to not only streamline production methods before increasing his output but also to adhere to social distancing recommendations.

He said he’s on track to crank out the first batch of face-shields in just days, and added that it was within his first few orders when he realized just how serious the demand truly is.

And it’s not just hospitals reaching out. “A nurse was looking to buy them for herself, her husband and their colleagues, because they’re moving COVID patients around and their hospital is not getting them the equipment that they need,” Branner claimed. “So they’re going out there and trying to source it themselves.”

Branner said that the nurse told him she would call back to confirm her order after checking to see if any of her friends wanted masks. An hour later, Branner said, “She was like, ‘Yeah, I’ll take 75.’”