Coronavirus killed a lot of Colorado jobs, but it also created a host of new ones in technology 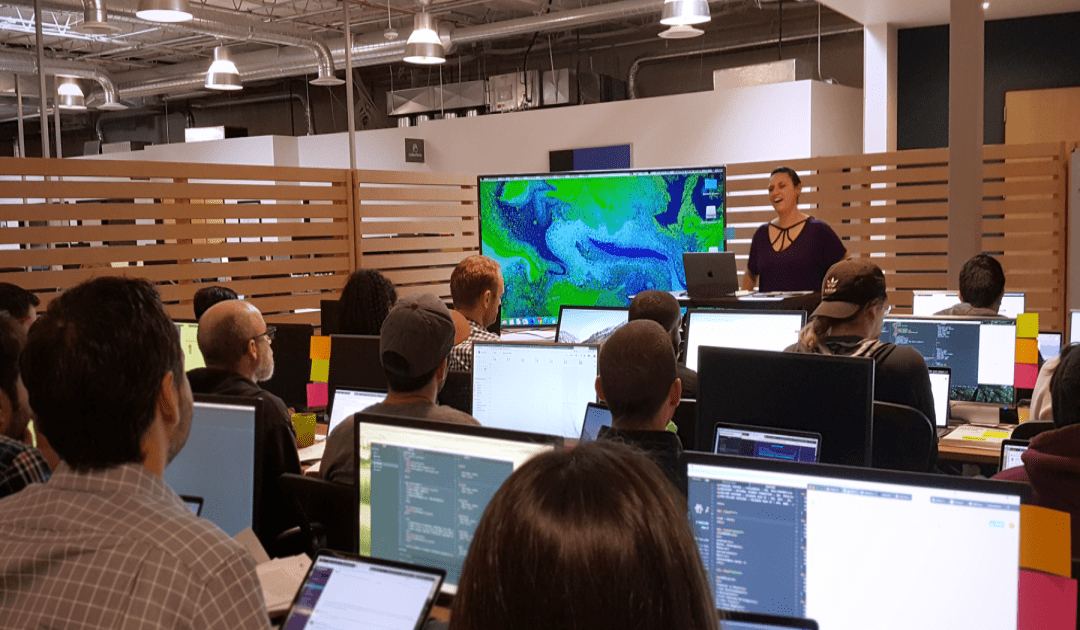 As technology companies sent workers home in the early days of the coronavirus outbreak, they also were among the best equipped to keep staff since employees didn’t need to be at the office to sit in front of a computer.

And as it turned out, such companies not only added jobs during the pandemic but the overall sector saw year-over-year job growth in September, according to data from the Colorado Department of Labor and Employment.

They weren’t the only ones. Other types of work thrived in a pandemic economy, including couriers and messengers, which had a 35.3% annual growth; beverage manufacturing, at 13.2%; and building services, like pest control or grounds maintenance, at 11.8%. However, job growth in those areas is likely because of the pandemic rather than despite it.

“If you think about it, this (tech) is one industry where it’s more likely you’ll be able to work from home,” said Ryan Gedney, senior economist at the Department of Labor. “If you want to identify the key driver of Colorado’s employment growth, really since 2015, it would be this sector. This has been one of the strongest growing sectors in Colorado and really a bright spot in the post-Great Recession recovery.”

The sector Gedney speaks of is “professional, scientific and technical” group, which includes engineering, computer systems design and technical services. It also includes legal and architectural services. It wasn’t a large annual growth, at 3.4% from a year ago, but by comparison, nearly every other sector saw a decline during the same period.

The hardest hit industries were personal and laundry services, at -32.8%; accommodations, at -27.1%; and arts, entertainment and recreation, at 21.5%. Other occupations that allowed some employees work from home still saw declines as the economy hurt, including the financial and insurance sector.

Pandemic unemployment has heavily impacted the hotel, restaurant and entertainment industries. About 26.4% of the 770,928 first-time claims filed since mid-March were jobs within those industries.While those industries have regained jobs since May, they are still below where they were a year ago But as the number of coronavirus cases increases in Colorado again, there’s probably more interest in jobs that can survive another pandemic.

And tech companies are benefiting. There’s been story after story about tech companies experiencing explosive growth, such as Zoom, the videoconferencing service that became a verb as business users started using it from home and with their families. The company, which has an office in Denver, said it’s increased its global workforce 42% since January to 3,400 employees.

On the other hand, there are tech companies that didn’t fare as well, like ride-sharing service Uber, which reported last week that third-quarter bookings are still down 53% from a year ago.

While some tech companies did put hiring plans on hold when the pandemic hit, many are back to their expected growth plans for the year, if not better than expected.

“There was definitely a pause (in the March quarter) because nobody was in the office and people that were about to contract with us before the pandemic — the attorney couldn’t talk to the finance director anymore — they were trying to figure out how to operate,” said Erin Neer, founder and CEO of MUNIRevs in Durango. “And so second quarter kind of was a little bit of a tread water just because all of our local officials were trying to figure out how to work remotely.”

But MUNIRev, which helps cities collect tax payments and other things online, saw business return as municipal clients realized “They had shut their offices down. Checks were sitting in P.O boxes not being processed. Staff couldn’t meet face-to-face with businesses to take their tax payments,” Neer said.

The pandemic didn’t necessarily accelerate business for MUNIRevs, Neer said, but it helped get the word out.

“It was always growing,” Neer said. “But we don’t have to tell the story as much because cities are realizing that we can be part of their resiliency plan.”

And then there’s the tech companies creating products for industries that became more popular in the pandemic. Campground Booking started 2020 with just two employees — founders, Heath Padgett and Paul Ryan. Its online booking service helps campgrounds and campers manage or make reservations. The founders knew it was a growing industry but they had no idea how camping would take off in the pandemic as people got tired of sequestering at home.

“The buzzword in our space was contactless and how do I not have to bring people into the front office when they’re checking in?” Padgett said. “Nobody knew what was gonna happen so a lot of these parks were starting to think ‘I might have to market for the first time in a long time.’ There were a lot of unknown factors. And then, of course this summer, campgrounds exploded.”

Padgett said its customers have seen revenues increase 136% on average this year from last year. And Campground Booking, headquartered in Montrose, now has nine full-time employees and just expanded to its first park in Mexico.

The company also benefited from the pandemic after other tech companies feared the worst and cut jobs. Campground Booking hired three software sales workers who had lost their jobs in the pandemic. Padgett saw it as a chance to see whether his company could grow customers with direct sales and not just referrals. It worked. The number of campground customers has grown 200% this year to 80 sites.

“I saw (the pandemic) affecting, obviously, people in service industry jobs,” he said. “But then I started talking to my friends who are working in other tech startups and realizing like a lot of people got let go from technology companies. It was an opportunity where the timing aligned well with us and fortunately we were able to kind of swoop in and grab some really talented people.”

In recent years, Colorado has seen many major tech companies open an office or move its headquarters to the state. Several have done so in the past three years, including Facebook, Amazon and Salesforce. Other companies have moved their headquarters to Denver, including Palantir, which made the move during the pandemic.

“We’ve just been seeing incredible growth, especially in the tech sector across our state. And a lot of that effort has been driven by the state to recruit larger tech companies,” said Cory Finney, a partner with the Greater Colorado Venture Fund, which invests in startups in rural Colorado. “I see even post-COVID Colorado being a really strong place where people decide they want to spend their time. I think that there’s a lot of tailwind there.”

A lot of tech companies that expand in Colorado do so because of the talent that exists, which is ironic because home-grown tech companies have often talked about tech-worker shortages.  Two years ago, a group of Denver companies created the “Pivot to Colorado” campaign to attract tech workers in San Francisco and Silicon Valley.

But companies here have also invested in training programs. Denver-based Guild Education, which developed the technology to connect fast-food and service workers to further education and college degrees as an employee perk, said it’s doubled the size of learning options during the pandemic to include more online degrees and certifications, plus more upskilling programs to help workers gain skills in tech, healthcare and language training.

“Since the pandemic began, we have focused on scaling our company to better serve America’s workforce and to help frontline workers gain the skills needed to advance their careers and succeed in the future of work,” said Rachel Romer Carlson, Guild’s CEO and co-founder, in an email.

And to do so, the company has hired 170 employees since March and now employs 760 people. A good chunk of the new employees came from Guild’s acquisition of Entangled in May, which has helped the company offer its “Next Chapter” service to provide training opportunities for furloughed or laid-off workers.

“They get paid Day One, which really takes all the barriers to entry away for a software developer because even to join a boot camp, you have to be able to take six months off and pay sometimes $20,000 to do that,” Techtonic founder and CEO Heather Terenzio said. “But with us, you could have been a barista yesterday and now be on your way to a really great career in software development.”

Techtonic’s main business is software development services. But after having a difficult time hiring workers, it decided in 2012 to offer apprenticeships. Apprentices work with mentors and clients and after 1,500 hours, clients can hire out of the program at no cost.

“The need is still out there. The nice thing with us is that when they get talent through our program, companies know exactly what they’re gonna get,” she said. “It really de-risks the hiring process for our clients so our clients keep coming back to us over and over again for talent.”

Techtonic had made “really aggressive growth goals” this year but that slowed during the pandemic. Still, Terenzio added, growth is up 30% from last year.

“We’re still grateful that we’ve grown, not a lot of companies can probably say that today,” Terenzio said. “…We’ve just had some really good clients that continued to grow during the pandemic. That’s helped us out quite a bit. Plus the need for software developers has been growing. I also have a theory that the whole world has been disrupted and people are willing to think about different ways to bring talent on board.”