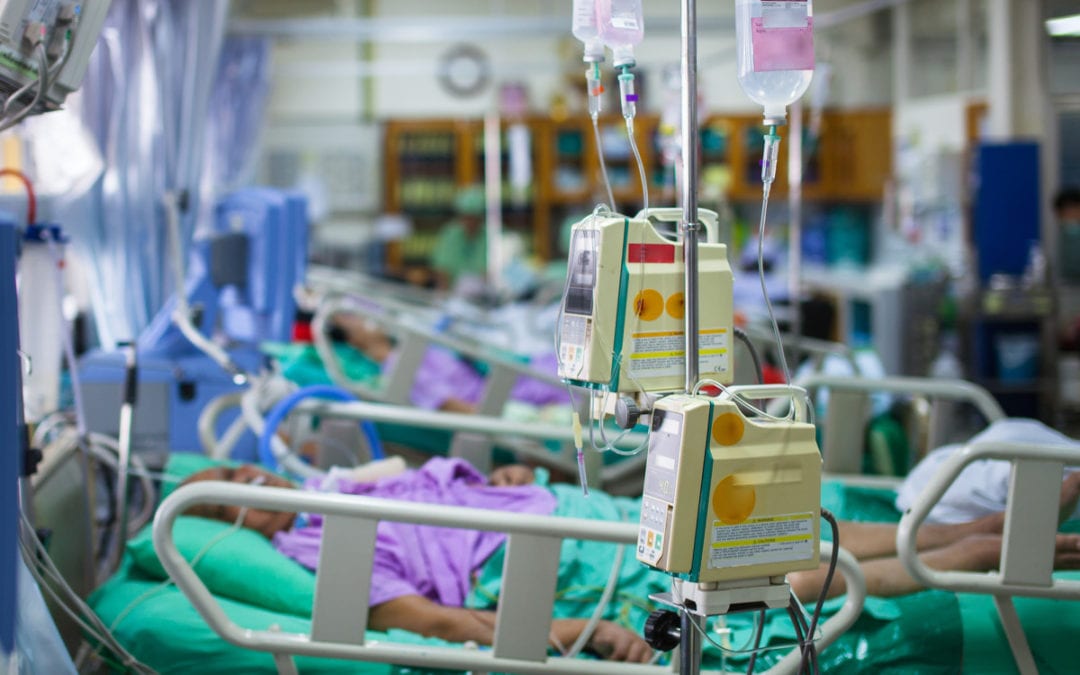 The Big Apple’s intensive-care bed capacity of about 2.7 per 10,000 residents over the age of 15 — 1,800 beds total — ranks No. 220 on a list of 305 US hospital regions studied by The Washington Post and Columbia University Professor Adam Sacarny.

Eastern Long Island, Anchorage and Palm Springs are even worse-off than NYC, according to 2016-2018 data from the Centers for Medicare and Medicaid.

Statewide, Albany is the only medical region with less ICU bed capacity than New York City, with 2.4/10,000.

The best place to get critically ill? The town of Slidell in Louisiana, outside New Orleans, with 11 ICU beds per 10,000 residents.

The worst, Fort Collins, Colorado, with only 1.

ICU numbers are changing rapidly as officials across the globe race the virus to equip cities with more beds, ventilators and protective gear before hospitals are inundated.

As of Friday afternoon, there were 5,250 hospitalizations in New York City due to coronavirus with 1,175 in the ICU, a 38 percent rise in ICU cases from Thursday night.

At Columbia University Irving Medical Center, staffers have flipped rooms previously used for elective surgeries, which have been suspended amid the outbreak, to house ICU patients.

“[Operating rooms] have already been converted to ICUs, and an entire 26-bed floor is now fully renovated for conversion or ICU space,” Department of Surgery Chair Craig Smith wrote Thursday on Twitter.

New York City has only 2.7 intensive care unit beds per 10,000 people, according to an analysis of federal medicare and medicaid data by Columbia University’s Adam Sacarny and The Washington Post. By comparison, the small Louisiana swamp town, Slidell, has 10.6, more than any other medical region.

Here are where the critical care beds are located in NYC:

US medical regions with most ICU beds per 10,000 residents