Coronavirus Has Devastated the Thru-Hiking Season 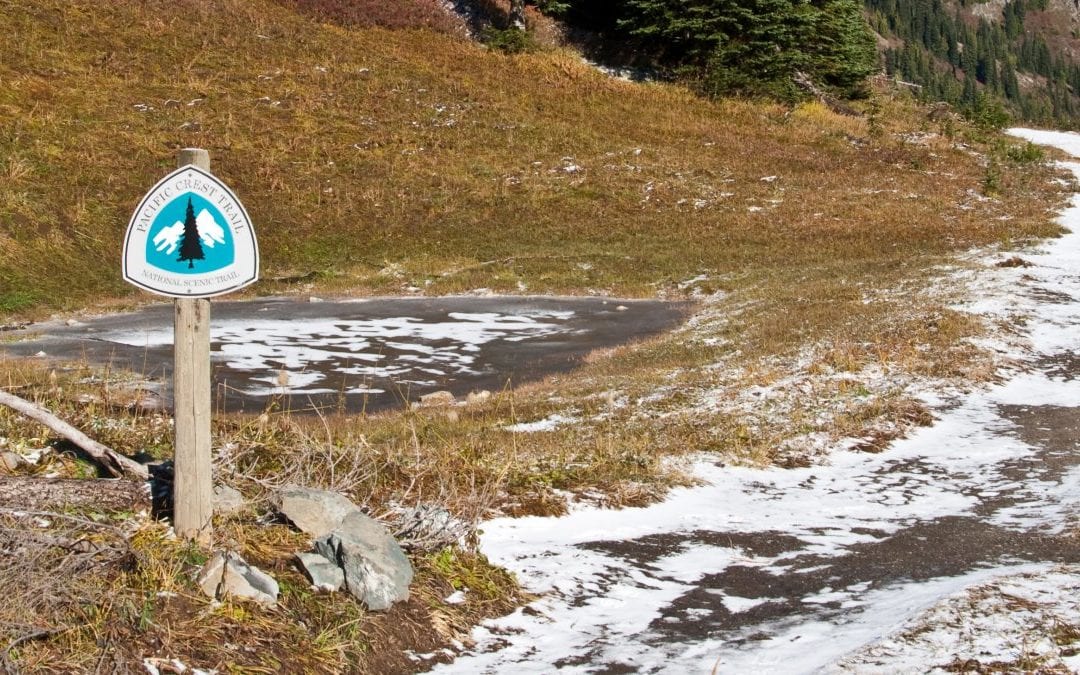 Sandra Visentin woke up to a nightmare in Paris. Just two weeks before she was supposed to fly to the U.S. and begin her thru-hike of the Appalachian Trail, President Trump imposed a ban on travelers from European countries in response to the novel coronavirus. She spent all day in denial. She would have to delay the hike that she’d quit her job for and spent more than a year planning.

“I’m extremely disappointed,” Visentin said from France, where all residents are under orders to stay home for 15 days to prevent the spread of COVID-19. “I had packed all my stuff in boxes and moved in with my parents until departure.”

Hikers almost everywhere are beginning to experience the impact of the deadly virus that has forced widespread lockdowns around the globe. Many backpackers have canceled their adventures. Others have decided to go ahead with their journey, excited for added solitude. However, officials at the nation’s top scenic-trail conservation groups are imploring thru-hikers to postpone their trips this year.

“We are asking hikers who haven’t started to reconsider hiking this year,” says Sandra Marra, president and CEO of the Appalachian Trail Conservancy. “It’s not about you and the hike. It’s about us belonging to a global community.” The ATC’s guidance has changed with the worsening situation in the U.S. While the organization initially pushed simply social distancing and good hygiene practices, evolving CDC guidance forced the conservancy to expand its warning to hikers. The ATC, Continental Divide Trail Coalition (CDTC), and the Pacific Crest Trail Association (PCTA) have since asked hikers to cancel or postpone their trips this year.

Hikers are not isolated wanderers. They interact with fellow hikers, drivers who offer rides into town, and members of the communities adjacent to trails. In any of these settings, they risk spreading the highly infectious virus, says Scott Wilkinson, director of communications and marketing at the (PCTA). “It’s a paradox,” he says. “You’re out in these remote areas, but you rely on civilization. It’s almost impossible to avoid any social contact in a thru-hike. You can do it for a few days, but you’ll have to get back.”

If they were to contract the virus, hikers need to be ready to self-quarantine in a motel for two weeks, while also relying on a rural health care system that may be strained by the influx of coronavirus cases, says Amanda Wheelock, policy and communications manager at the CDTC. (In a worst-case scenario, hikers might have to be prepared to pay for a medevac to a larger community with better health care options.) The coalition has already stopped its southern-terminus shuttle and New Mexico water-caching services for the next month.

“We want people to think of the effects on trailside communities,” Wheelock says. “We rely on rural, small communities that back up right to the trail. We very much care about the folks who live and work there.”

These communities are already reacting to the global pandemic. On Monday, public-health officials in Summit County, Colorado, which surrounds a section of the Continental Divide Trail, announced the closures of restaurants, bars, hotels, and bus services due to the COVID-19 outbreak. Officials in Inyo County, California, which encompasses a large part of the Sierra Nevada section of the Pacific Crest Trail (PCT), are urging adventurers to stay home in order to protect its small-town populations, which are substantially elderly and have limied resources. An outbreak there, they said, could be devastating.

Meanwhile, leaders from the major scenic-trail organizations are keeping in close contact throughout this global crisis. Like they did last week, they will hold another working group call on Friday to share ways they are handling the ever evolving situation. All are in the same boat, staff from the organizations say, struggling with the same questions, cancelling their annual events, and taking volunteer work crews off the trails for the foreseeable future.

A reduced number of volunteers could also have tremendous consequences on this thru-hiking season. Hikers depend on the kindness of strangers—an unofficial network of trail angels. Many of these volunteers, however, have had to rethink their plans. For the last 15 years, Barney “Scout” Mann and Sandy “Frodo” Mann have welcomed thru-hikers into their San Diego home, allowing it to be used it as a launchpad for a northbound PCT hike.

But this week, the Manns made the difficult decision to cancel their services in the name of safety. “Things with the virus have continued to cascade,” says Scout, who is also board president of the Partnership for the National Trails System, a group that brings together individual organizations and federal agencies for the benefit of the country’s trails. “We can’t open this season. We just can’t.” The decision has gutted the couple, who look forward to meeting hundreds of hikers from around the world each year and mentoring a new generation of long-distance backpackers.

Other volunteers have tried to fill in some of the gaps left by the virus. In San Diego, Ashley Cushing has begun offering thru-hikers rides from the city to the PCT’s southern terminus in Campo, California, helping up to six people a day. She asks that hikers load their own packs into her car, which she wipes down thoroughly with disinfectant. Still, she remains cautious; she doesn’t want to be responsible for spreading the virus. “I knew I needed to take precautions if people are carriers,” she says.

Businesses along the trail have also had to make changes due to the epidemic. Along the AT, Taft Ring, owner of the Nature’s Inn Hostel in Flag Pond, Tennessee, decided to shut down out of an abundance of caution, despite the losses he’d sustain. He’s used to dealing with hygiene issues with thru-hikers—every year he cleans his hostel thoroughly to prevent the passing of a norovirus. But this year felt different. “I hated doing it,” he says. “The truth is, if I got sick, then that’s not only going to cut out the hostel, but it would limit my ability to make a living elsewhere.”

On the opposite side of the country, Larry Smith, owner of the Canyon Creek Inn in Wrightwood, California, decided to stay open this year for PCT hikers. If businesses close in his community, he says, that not only impacts the local economy, but it hurts hikers looking for groceries, a place to stay, or other essential services. “We are coronavirus ready,” he says. “We are making all the necessary precautions that we can do to be ready for hikers.”

Trail organizations can’t force hikers off the trail. But the PCTA’s Wilkinson says this time calls for self-sacrifice. Talking to hikers who have had to cancel their trips, even after quitting jobs or letting go of apartments, has moved him to tears. It’s heartbreaking, he says, but challenges like this happen.

“Everyone has got to consider the impacts that they have on others,” he says. “We’ve all got to act together.”

You are now subscribed to Dispatch

We will not share your email with anyone for any reason.

Our most compelling adventure reporting. Sign up for Dispatch, in your inbox twice a week.