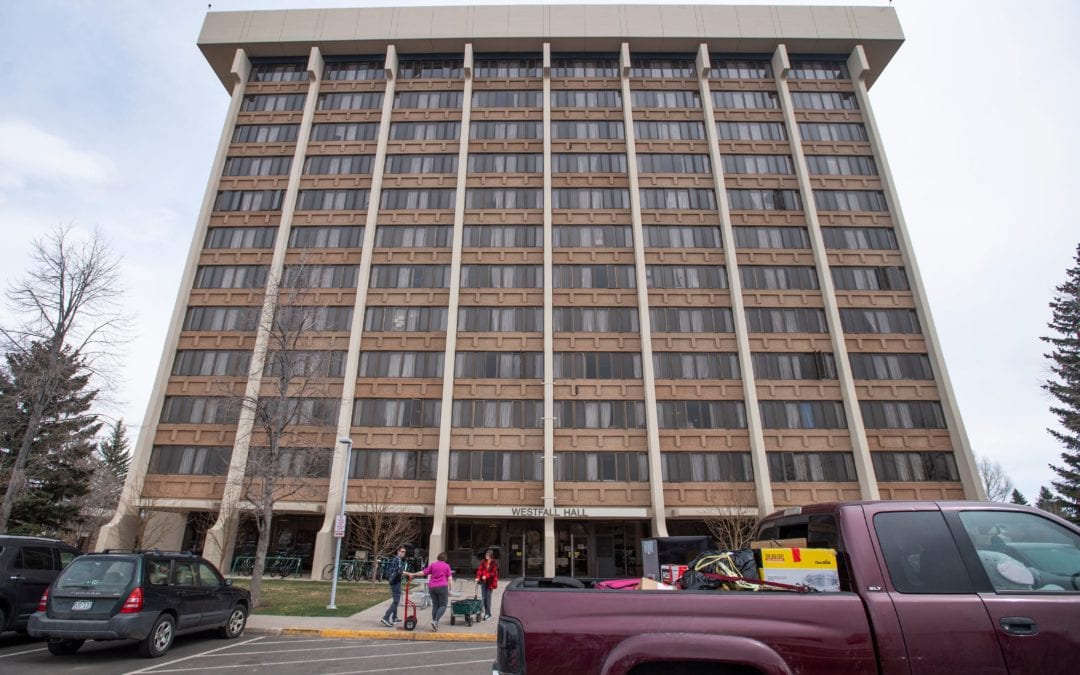 “Our plan is to be physically open on our campuses for face-to-face education,” Frank said during the CSU Board of Governors meeting Wednesday.

Frank said CSU plans to be fully aligned with whatever state guidelines are in place when classes are set to begin in the fall. Looking at Colorado’s current safer-at-home guidelines, he said that means figuring out what personal protective equipment might be needed and how social distancing would look in a classroom.

Provost Rick Miranda said that while in-person instruction is the plan, “faculty should be prepared to teach online in the fall.”

Even if campus reopens, some students just won’t be able to return — because they are sick, because they have to take care of sick family members, or they are international students unable to get a visa to return — and faculty will need to prepare to teach at least a portion of their classes remotely.

CSU President Joyce McConnell said in an announcement last week that CSU leaders “fully intend to be back on campus and operational for fall semester.”

In last week’s announcement, McConnell outlined various cost-cutting measures the university is considering amid revenue losses from the coronavirus outbreak.

According to the budget McConnell presented to the Board of Governors this week, CSU’s Fort Collins campus has already lost about $37 million this fiscal year due to the virus. McConnell said about $16 million of that loss can be attributed to the housing and dining refunds the university provided to students who moved out of the residence halls in March.

Further revenue losses in the next fiscal year — which begins July 1 — are projected to be between $90.5 million and more than $200 million, depending on whether students can return to campus in the fall and how much state funding the university receives.

The CSU System is expecting a loss of 15% to 20% of state funding, but Frank said it likely will be closer to 20%.

In the most likely scenario, McConnell said CSU is expecting classes will resume in-person in the fall and the state will cut funding by 20%, leaving the university with $105.5 million in revenue losses.

In the worst-case-scenario, the university projects losing $218 million in revenue if students can’t return to campus until January 2021 and the state cuts funding by 20%.

The university is also expecting enrollment to drop, especially out-of-state enrollment, McConnell said. But she said there could be an uptick in in-state enrollment because people don’t want to go far from home right now.

A potential 3% increase in tuition could help the university recoup about $7 million, but McConnell and CSU Pueblo President Timothy Mottet both expressed concerns about raising tuition while many people are struggling financially and other universities in the area — including University of Colorado — have announced that they will not increase tuition next academic year.

In her announcement last week and in her Wednesday budget presentation to the board, McConnell discussed several cost-cutting options they’ve been exploring to brace for these revenue losses. They include pay cuts, furloughs and hiring freezes.

CSU is already under a hiring “chill” and only hiring for essential positions, McConnell said. Planned promotions for current non-tenure and associate-level faculty are still being conducted, she said.

These revenue losses will be more significant than those faced by the university in the aftermath of the 2008 economic downturn, McConnell said last week. CSU’s state funding was cut by nearly one-third over a three-year-period to $94 million in 2009-10, requiring significant across-the-board cuts primarily through hiring and salary freezes and a reduction in administrative positions.

Final budgets are expected to be presented to the board at the June 3 meeting, including cost-cutting recommendations, Frank said.