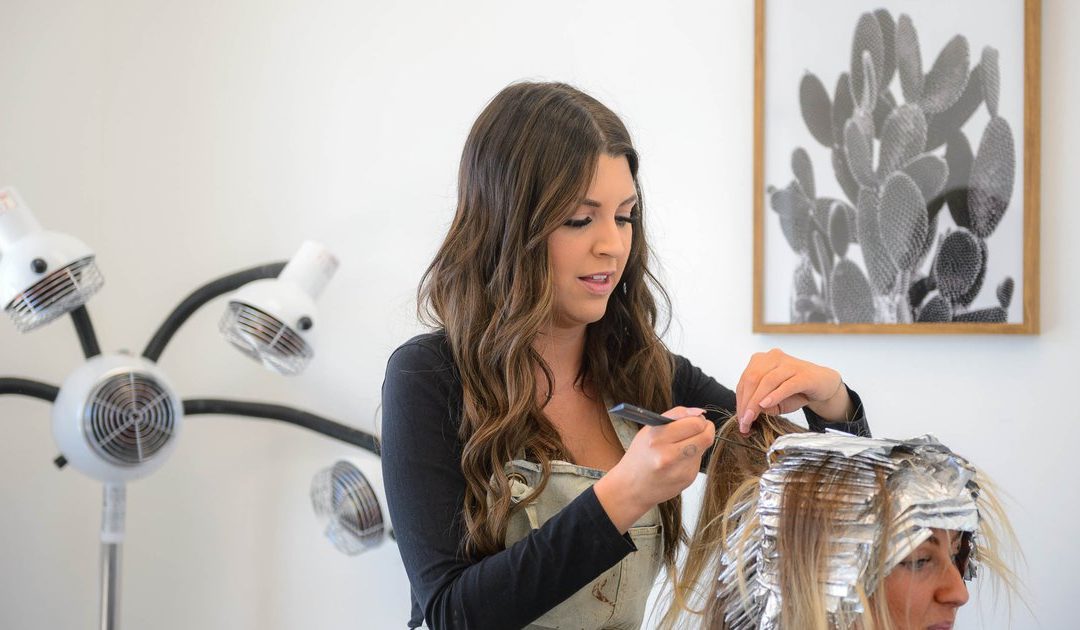 As a student a few months away from starting a nursing program at Weber State University, Sperber anticipated her schoolwork would move online because of the COVID-19 pandemic. On top of that, she was planning to make the 40-mile move to Ogden from her home in Salt Lake City amid the outbreak. She was beginning to struggle with all the uncertainty.

So Sperber decided to do something for herself. Something to make her feel better. Something to help her forget, if just for a few hours, all that was going on around her. She decided to dye her dark brown hair blonde.

There was only one problem: Salons and barbershops in Salt Lake County were all shut down, along with gyms, certain other businesses and in-restaurant dining. (That will change Friday, when businesses will be allowed to reopen with certain restrictions.)

Utah County leaders had announced guidelines for residents and businesses to mitigate the spread of the coronavirus, but never issued an official stay-at-home order. Salons and barbershops there have been getting business from Salt Lake Country residents desperate for hair care.

So late last month, Sperber drove to Shade Nine in American Fork, owned by a family friend. Sperber said the salon’s sanitation measures and private rooms were major factors in her decision to go there.

“They were just very good about following any guidelines they have to use,” Sperber said. 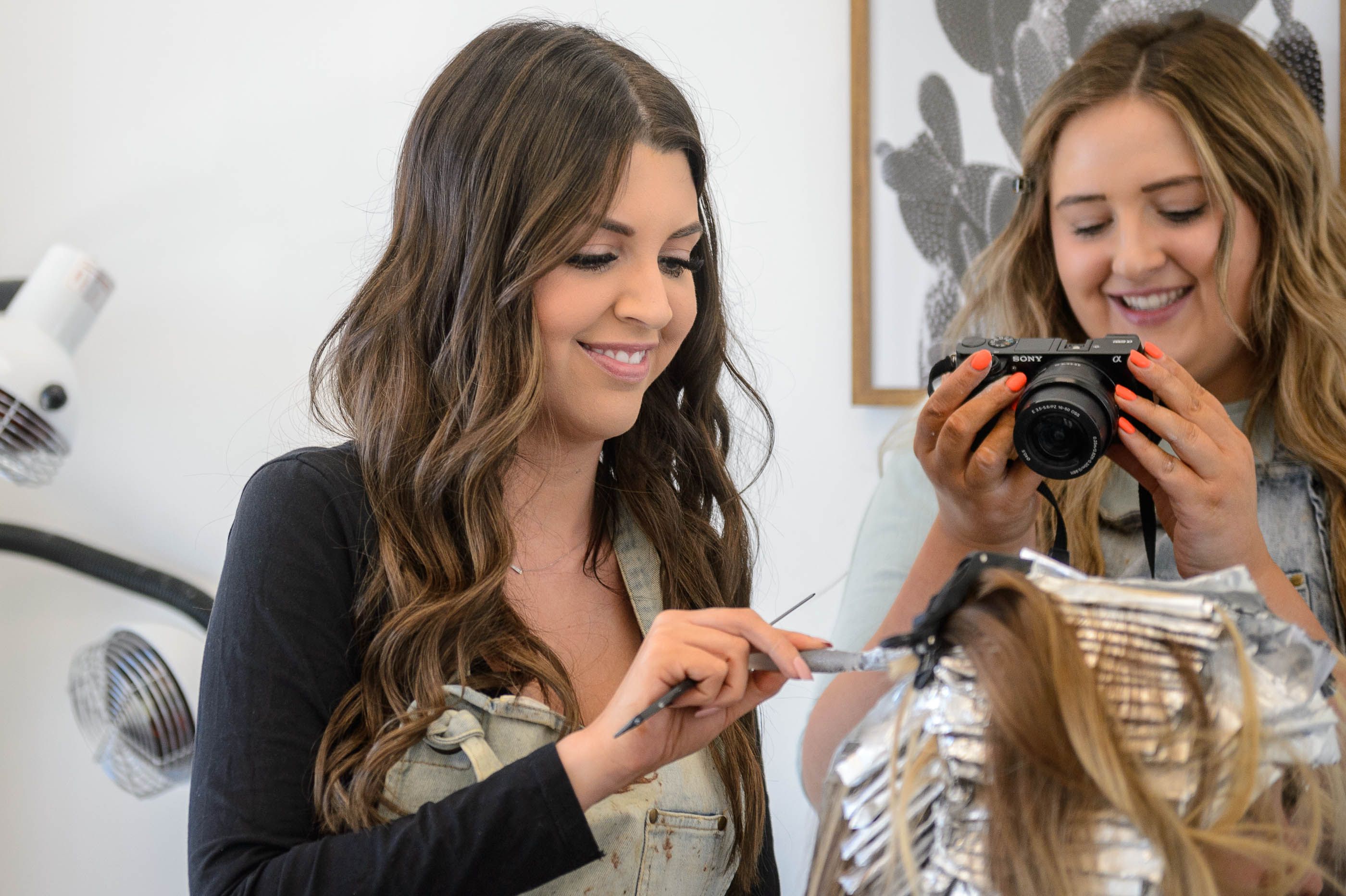 “Going and getting your hair done provides a sense of normality,” she added. “With all this going on, people are at home and yeah, you don’t really need to get ready. But I feel like getting ready and having your hair done has helped.”

Doug Beck made the same trip over the county line. It had been five weeks since he had gotten a haircut, and he had heard barbershops were still open in Utah County. On the same day he received an email from his regular stylist saying she wouldn’t be able to cut his hair until May at the earliest, he went looking online for an appointment.

Beck, who is 68, found The Man Barber in Provo. The main reason he traveled to get his haircut, he said, is simply because he wanted one.

Beck said he assumed that, because Utah County businesses had not been ordered to close, certain safety measures — like using masks and gloves — were being implemented, meaning there was less risk.

That’s not what he found when he arrived for his appointment, however. Beck said he did not see any barbers wearing masks or gloves. He also said he looked around for hand sanitizer, but did not see any.

“Honestly, I didn’t feel like any precautions were taken,” Beck said.

But Beck had already made the drive, so he decided to go through with the haircut despite his concerns.

McKenzie Malachowski, who has owned The Man Barber with her husband for seven years, said masks and gloves are available for barbers and customers. But they are not mandatory.

“We have very limited quantities of those things, so it just isn’t really possible to use those for every single client, [to] switch them out between every one,” Malachowski said, adding that there is ample hand sanitizer in her shop. “But anybody that requests that, the barbers do have that available to use.”

The same goes for Shade Nine. Brynn Crockett, who owns the salon, said some of her clients and stylists have chosen to wear masks and there is hand sanitizer available for everyone. She also said tools are cleaned three times while stylists are with clients, and workstations are thoroughly sanitized between each client.

Salons and barbershops were ordered to close in certain counties because they weren’t considered essential businesses. Crockett has a different view.

“It is kind of essential, I think,” Crockett said. “There’s been a lot of women who have come here because they’ve needed a break from just life or they’ve needed to get out of the house and just get some adult talking.”

Crockett said some of her stylists have either drastically reduced their hours or not come in at all since the pandemic hit. For those who aren’t coming in, she has not charged them rent for their stations. She’s also waiving cancellation fees for clients. That has caused between a 5% and a 10% reduction in her revenue, she said.

For Malachowski, there was an uptick in business when Salt Lake Country implemented its restrictions. But it hasn’t been consistent. Some of her barbers have taken time off, as well.

Crockett and Malachowski agree with taking precautions to keep people healthy and mitigate the spread of coronavirus. But in some ways, they said, they feel some measures go too far.

Crockett said if the state really wanted to make a big impact in regard to the virus, it would have closed everything. Salons and barbershops specifically, she said, are smaller businesses and run differently than movie theaters or gyms, where people gather in much larger numbers.

She thinks the closure decisions about salons and barbershops should have been universal statewide. “I think they either needed to all go or just all stay,” Crockett said.

Malachowski said salons and barbershops take sanitation measures seriously, and they should have been allowed to stay open during the pandemic. She also said there should be a balance between keeping people safe and preserving the economy.

“The cure can’t be worse than the disease,” Malachowski said. “I think shutting everything down is sort of worse, in some ways.”

Sperber said she doesn’t regret her decision to go to the salon, and would do it again. “I think it’s worth it,” she said. “… Just going and doing normal things right now, it helps your state of mind.”