Coronavirus cases climb in rural US cities popular with tourists 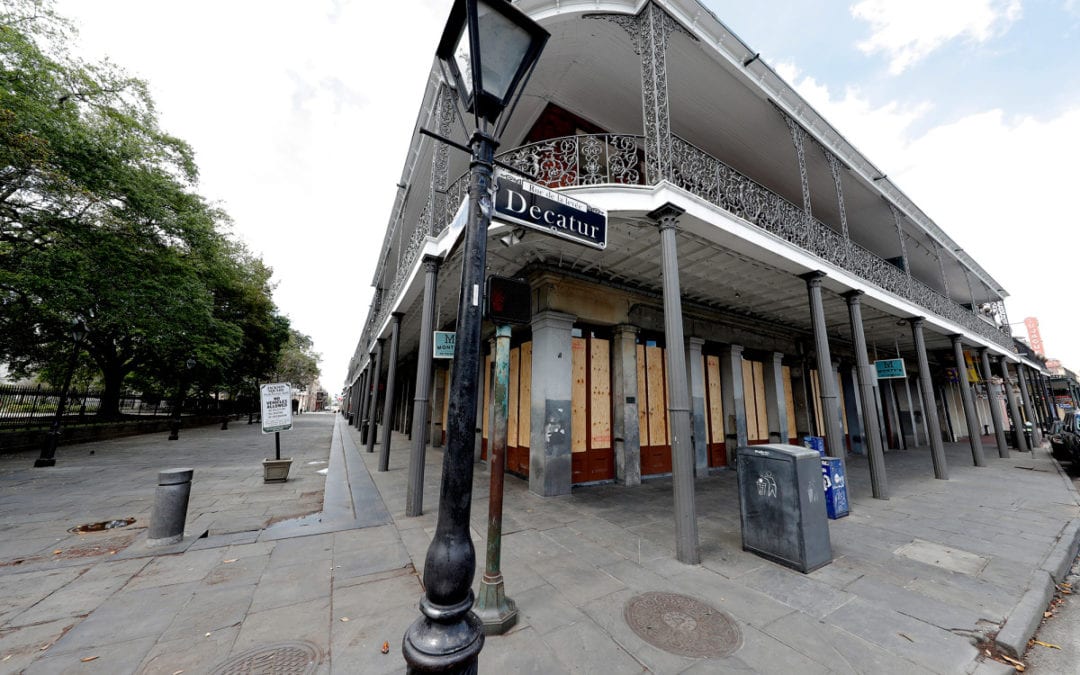 While major cities across the United States are becoming coronavirus hotspots, data shows the fast-spreading bug is also starting to take a toll on rural areas, particularly those popular with tourists.

New York State’s 52,318 cases of the COVID-19 account for about 47% of the 112,468 cases confirmed across the country so far, with New York City the epicenter of the disease at the moment.

But while the rapidly rising number of cases in Los Angeles and New Orleans has drawn much attention, the virus is also spreading exponentially in cities like Chicago, Detroit and St. Louis. At the same time, some rural counties in Georgia, Colorado, Utah and Idaho are recording some of the highest rates per capita in the nation, threatening to overwhelm local hospitals unprepared for the onslaught, USA Today reported.

In Detroit, the number of infections surged to 1,381 as of noon Saturday, a 28% jump from Friday’s 1,075, according to the Detroit Free Press. The city has recorded 31 deaths.

“At this time, the trajectory of Detroit is unfortunately even more steep than that of New York,” said Dr. Teena Chopra, the medical director of infection prevention and hospital epidemiology at the Detroit Medical Center. “This is off the charts.”

The city opened a drive-through testing facility on Saturday, and Mayor Mike Duggan said he expects the toll to mount. “The numbers are going to get a lot worse because now we’re testing,” he said.

President Trump approved a major disaster declaration for Michigan, providing money for the outbreak. He also has done the same for New York, Louisiana and Illinois.

Chicago Mayor Lori Lightfoot ordered Chicago’s iconic lakefront and other high-profile public areas closed off and said the stay at home order issued by Illinois Gov. J.B. Pritzker realistically will extend “deep into April,” the Chicago Tribune reported. There are now 2,239 cases in Cook County, Illinois, where Chicago is located, and 20 deaths, including a Chicago child.

As in New York City’s Javits Center, the Army Corps of Engineers is working to convert the McCormick Place convention center into a 3,000-bed makeshift hospital.

Missouri saw a 600% jump in virus cases this week, the St. Louis Post Dispatch reported, the largest increase in the country on a statewide basis. The lack of widespread testing means that the number of people who have the virus is a lot higher than the 709 confirmed cases. The state has reported 9 deaths.

Louisiana added 569 cases overnight, to reach 3,315 confirmed infections, and 36 more people died, bringing the total to 137. Gov. John Bel Edwards said Louisiana has the third-highest rate of cases per capita and the second-highest death rate per capita, with the region on track to run out of ventilators by the first week of April. Saturday’s spike in cases represents the biggest single-day jump in total numbers the state has had so far, likely due to the increase in testing availability, Nola.com reported. Orleans Parish, which includes New Orleans and the surrounding area, remains the state’s epicenter, with 1,298 cases and 70 deaths, the highest per-capita death rate in the country.

But it’s not just big cities and their suburbs that are seeing the virus spread rapidly.

Kansas will be the latest state under a stay-at-home order on Monday. Kansas Gov. Laura Kelly imposed the statewide order Saturday in an effort to slow the spread of the disease. “We’re simply not ready for what we anticipate will be the peak of this pandemic,” she said. The state has confirmed 219 cases in 31 counties, with four deaths so far, but the governor said to expect about 900 positive cases by the end of the week, according to the Kansas City Star, and state officials said the virus is likely present even in counties that haven’t reported cases.

Rural counties in Colorado, Utah and Idaho are also reporting some of the highest rates of coronavirus cases per capita in the nation, threatening to overwhelm local hospitals.

Four counties – Blaine County, Idaho; Summit County, Utah; and Eagle County and Gunnison County, Colorado – lead the nation in per capita rates of confirmed cases outside New York and Louisiana, according to a USA Today analysis.

Though rural, the areas are all affluent, mountain-ringed ski and hiking hamlets that see millions of visitors each year.

Blaine County, with a population of 23,021, had 82 cases and two deaths, or 356 cases per 100,000 people. Local officials believe the virus came to the area with winter visitors to the county’s famous Sun Valley ski resorts.

Within five days, Los Angeles could see a surge in…

In Summit County, home to the Sundance Film Festival, where the population is 42,145, there have been 103 cases and zero deaths, or 244 cases per 100,000. The virus first appeared a popular watering hole called the Spur Bar & Grill, on Park City’s Main Street, at the height of the city’s busy spring ski season, when an employee who later tested positive for the virus exposed perhaps several hundred employees and patrons.

County health director Dr. Richard Bullough said he expects the county’s cases to soar as testing ramps up. “Yes, we have 100-something confirmed cases but we have a lot more than that,” he said. “I wouldn’t be surprised if we have 10 times that.”

“This is not just a big city issue,” Sheriff Justin Martinez said. “It can and is happening everywhere around the world, including in smaller communities like Summit County.”