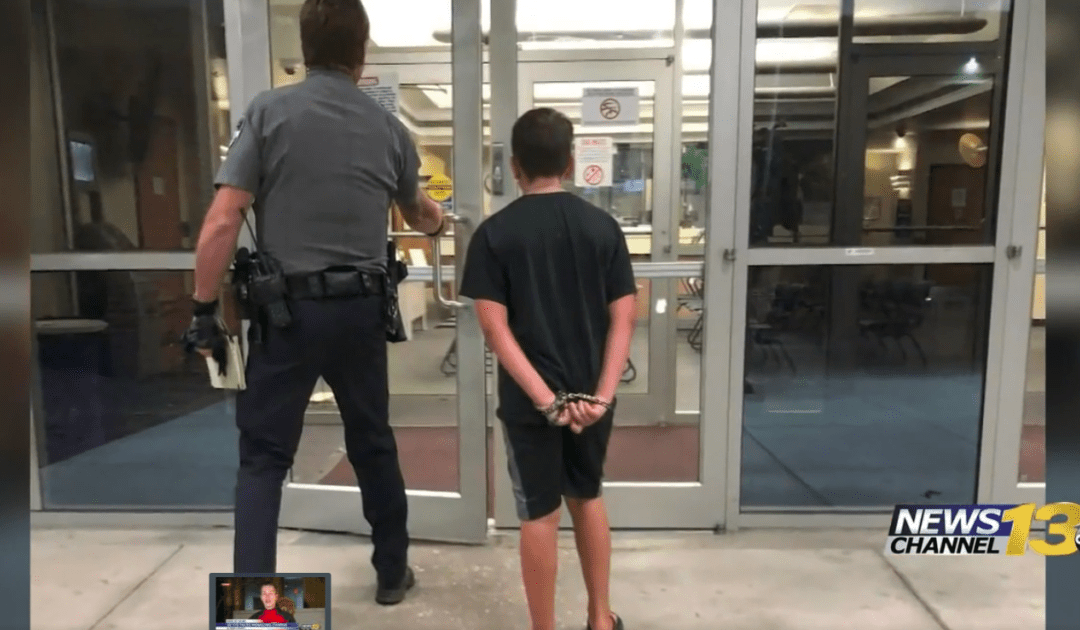 A 10-year-old boy—Gavin Carpenter of Colorado Springs, Colorado—was playing with a toy gun and pointing it at passing cars.

This angered one driver, who stopped his vehicle, berated Carpenter, and followed the alarmed boy back to his grandparents’ house. The driver eventually called the cops as well.

When officers from the El Paso County Sheriff’s Office showed up, they arrested Carpenter for menacing the driver. This included handcuffing the kid, booking him, and taking his mugshot. He was charged with a felony, and had to complete community service in order to have his record expunged. His family spent thousands of dollars defending him.

That’s according to , which detailed the fraught efforts of Carpenter’s parents to convince the authorities to relent:

“I knew I did something wrong,” Gavin told KXRM, “but I don’t think I should have got arrested and taken in a car with handcuffs on and taken to a place to get mug shots and my fingerprints.”

His mother said she shared the story on Facebook to warn other parents who might allow their kids to play with toy guns without realizing the possible consequences.

“I couldn’t believe they were following through with this,” she told KRDO. “I was waiting for the call from the cops saying that they were going to let this go, warn them, tell them it was wrong.”

On Facebook, the mother said her family is eager to move away from Colorado Springs when her husband, who is a lieutenant colonel in the Army, is stationed at another post in about three months.

This is the criminalization of teenage boyhood in action, and it’s as harmful as it is stupid. In what universe is it reasonable to arrest a child for felony public menacing stemming from an incident in which no one was harmed? Carpenter should have been sent to bed without supper, or grounded for a week. We want children to learn from their mistakes, but the punishment should always be proportionate to the wrongdoing.

The only lesson Carpenter is likely to learn from this ordeal is that the criminal justice system is capricious and unfair. That’s a worthwhile lesson but not one he should have to experience firsthand.