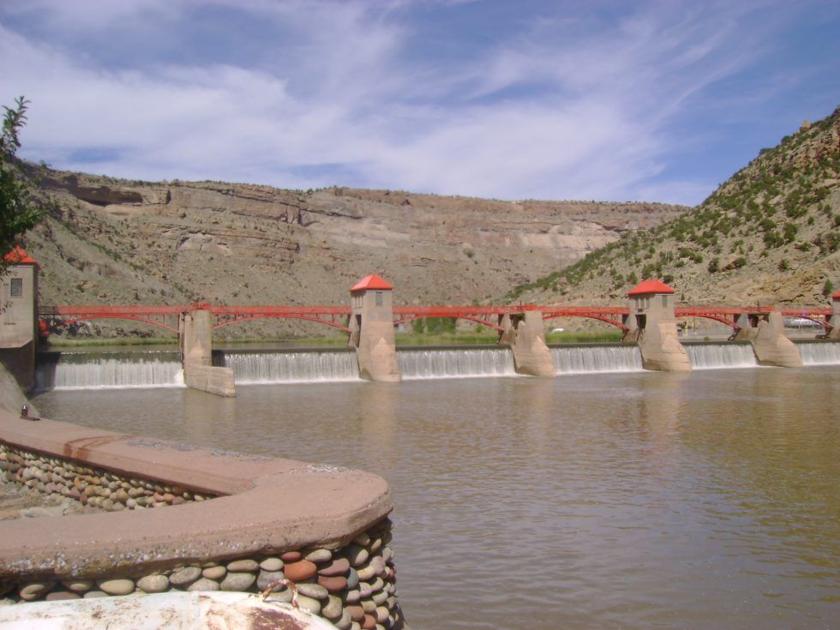 A coalition of high-profile businesses, including Coors Seltzer and Coca-Cola as well as the nonprofit Colorado Water Trust have signed up to add additional water for fish, farmers and hydropower generation to a key segment of the drought-stressed Colorado River known as the 15-Mile Reach.

This stream segment begins just east of Grand Junction  and ends west of town where the Gunnison River merges with the Colorado River.

For decades this reach has been under intense scrutiny, in part, because it is a key source of water for western Colorado ranchers and fruit growers, and it is also considered critical habitat for four endangered fish species: the razorback sucker; the humpback chub, the bonytail and the Colorado pikeminnow.

The Colorado Water Trust unveiled the 10-year funding commitment last month from Business for Water Stewardship that will help ensure that there is more water in the river during dry times to keep irrigators, a small federal hydro plant and the fish healthy.

The Colorado Water Trust is a Denver-based nonprofit dedicated to helping secure water rights through purchase, lease or donation to benefit the environment. Business for Water Stewardship is a program of the Portland, Ore.-based Bonneville Environmental Foundation that brings companies together to aid the environment.

Bringing in corporate funders, who have the resources to commit to a multi-year effort is key, according to Todd Reeve, the founder of Business for Water Stewardship. Danone and Intel Corp. are also funders.

“Companies are increasingly realizing the state of our water resources,” Reeve said. “And they are stepping up to support these environmental water solutions.

“This project stands up as an important example of all of these entities coming together. We’d like to see more of them,” Reeve said.

How much money and water will be provided under the agreement isn’t clear yet, according to the Colorado Water Trust, in part because it will depend on weather conditions and the condition of the river each year.

To date nearly $100,000 has been raised to buy water, according to the water trust.

Efforts to preserve Colorado’s 15-Mile Reach are coordinated by the Upper Colorado River Endangered Fish Recovery Program, a federal initiative launched in 1988 that also includes Utah and Wyoming. But because the river has multiple users, from growers to rafters and anglers, to power generators, dozens of other agencies, water users and towns are also involved, according to Kate Ryan, an attorney for the water trust.

The hope, according to Ryan, is that this long-term commitment to the area will build on and add more durability to what others have begun.

Under the agreement, the Colorado Water Trust each year will buy water from upstream sources for delivery to the Grand Valley Power Plant near Palisade. The power plant produces electricity to pump irrigation water to members of the Grand Valley Water Users Association and is operated by the Orchard Mesa Irrigation Company (OMIC).

After the water moves through the plant, it will continue downstream to the 15-Mile Reach.

“The water that comes down through the hydropower plant makes my system work better,” said Max Schmidt, OMIC’s manager. “But it’s also good for the fish.”

As the Colorado River Basin continues to dry out, natural flows in the river will have to be supplemented by water that can be obtained from those who have water in storage that they don’t need and are willing to sell or lease on a temporary or permanent basis.

Ryan said she is pleased the water trust was able to secure the agreements and funding that will allow it to be a long-term contributor to the health of the 15-Mile Reach.

“What was amazing and sobering this year is that the dry-year targets for flow are 650 cubic feet per second (cfs). But most of the summer they were down at 300 cfs,” Ryan said.

Despite the dire water forecasts, the potential for more cooperative efforts on the river appears to be growing.

Schmidt can reel off a list of cities, irrigation districts and water agencies that have stepped up in recent years to help, including the Colorado Water Conservation Board, the Colorado River District, and the cities of Aspen, Snowmass, Palisade and Grand Junction.

That doesn’t count the cash and operating support from the U.S. Fish and Wildlife Service, which runs the recovery program, and the U.S. Bureau of Reclamation, or the new contributions from the Colorado Water Trust and Business for Water Stewardship.

Fresh Water News is an independent, nonpartisan news initiative of Water Education Colorado. WEco is funded by multiple donors. Our editorial policy and donor list can be viewed at wateredco.org