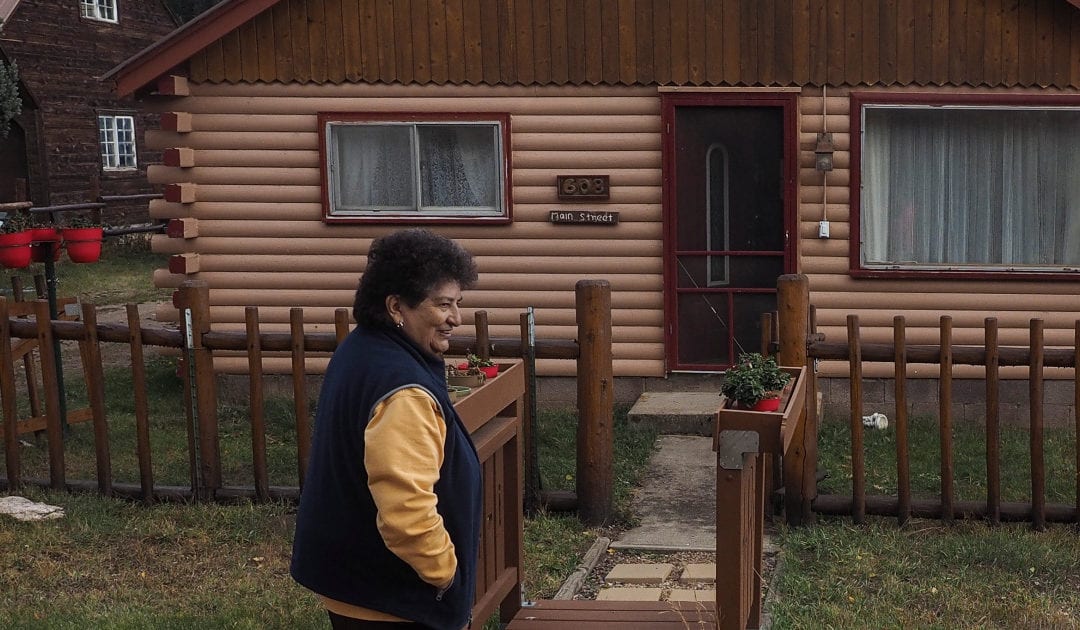 Elections can have lasting consequences, they say. But usually not like this.

In July, Marie Rossmiller was found guilty of illegally voting in the wrong precinct for a second time after her original conviction in the case dating back four years was tossed out on appeal.

Now, the 76-year-old is appealing her conviction — again — hoping that once and for all she can put the situation behind her and prove she did nothing wrong.

“I have confidence that it will go behind me and I’ll march on with my life,” Rossmiller said in an interview on Tuesday. “I know that God is in control and he’s going to bring justice. That’s the way it’s been all through the ages. I know that when truth prevails, everything is going to be OK.”

The case has its origins in the April 2016 municipal election in the small Gunnison County town of Pitkin, where there are fewer than 150 registered voters. The big-ticket items on the ballot were the contests for a few town trustee seats.

The battle over the seats were really a proxy fight over whether or not to allow short-term rentals in the community, which was splitting the town.

Rossmiller was among 10 voters who were reported by someone in town to local prosecutors for having homes elsewhere but voting in the Pitkin contest. She was among eight who were charged.

But Rossmiller was the only one to fight the accusations — which carry a minor penalty — arguing that she followed the directions of local elections officials in switching her voter registration and that she had done nothing wrong.

She went to trial in the summer of 2018 and lost, but not before the situation drew the attention of the Colorado Secretary of State’s Office.

The office, then run by Republican Wayne Williams, fought for Rossmiller, saying she had done nothing wrong when she switched her voter registration from Arapahoe County to Gunnison County because her intent was to change her primary residence to Pitkin. It even asked federal prosecutors to step in and investigate the 7th Judicial District Attorney’ Office handling of the case.

A Gunnison County District Court judge overruled Rossmiller’s conviction in May 2019, finding that a county court judge hadn’t taken into account the intent of Rossmiller’s residency nor whether she had intended to commit fraud when it convicted her of voting in the wrong precinct.

7th Judicial District Attorney Dan Hotsenpiller asked the Colorado Supreme Court to intervene, and in February it declined to take on the case. That sent the case back to the Gunnison County court that originally convicted Rossmiller, and on July 4 she was once again found guilty of voting in the wrong precinct.

That brings us to today. Rossmiller is appealing her re-conviction and is getting pro-bono legal help from Suzanne Staiert, Colorado’s former deputy secretary of state and a current candidate for state Senate.

Staiert is vehement that Rossmiller did nothing wrong and has said the case is “the most egregious example of voter intimidation I’ve seen.”

Hotsenpiller has defended his office’s work on the case, saying they have an obligation to enforce the law. The court, in convicting Rossmiller, pointed to an application she filed for a senior tax exemption in June 2012 saying that Aurora was her primary residence and the fact that she never changed that listing as proof of wrongdoing.

“The Defendant represented to the government for tax purposes that her primary residence was Aurora at the time of, and for more than two years after, she voted in the April 2016 Pitkin election,” the Gunnison County court said.

But Staiert says it all comes down to intent, and since Rossmiller intended for her primary residence to be in Pitkin that’s all that matters. She pointed to how college students in Colorado move within or to the state and change their voter registration all the time and how they are not charged with voting in the wrong precinct.

“It seems very unfair that they pick her out when there are all these other circumstances,” Staiert said, adding that she’s prepared to fight the case all the way to the Colorado Supreme Court.

The appeal argues that prosecutors lacked sufficient evidence to convict her and that Rossmiller was denied a speedy trial since the case has dragged on for so long.

As for Rossmiller, she says she has continued to vote in Pitkin since the 2016 municipal election and hasn’t run into issues. Her conviction has put her on a “thin wire” with regulators who oversee her work in the financial industry, but she’s not all that concerned.

“I’m not worried that there’s going to be anything to come out of this except that I’m not guilty,” she said. “What I’d like to do is make sure people understand that there’s some bad things going on in this town because people don’t like losing control. And I wanted to vote.”