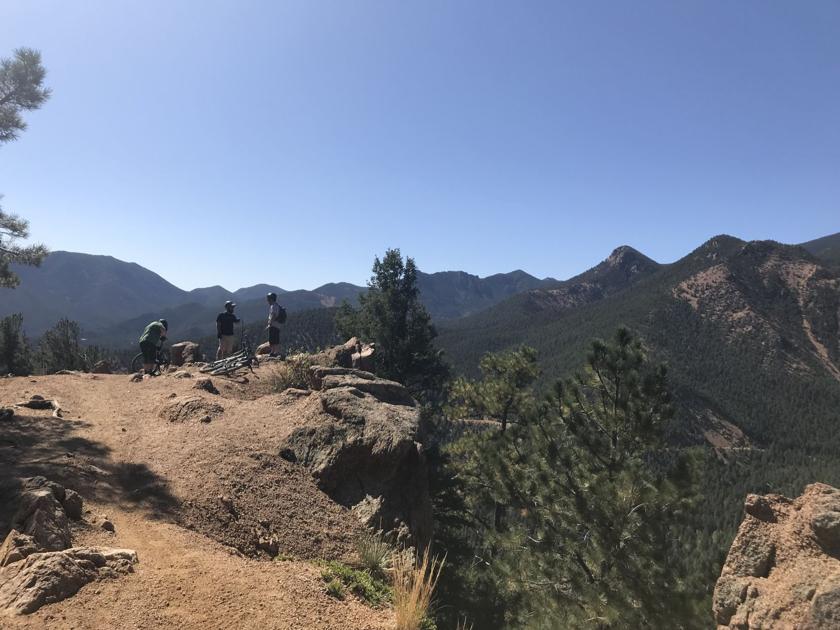 Additions were the hope of hikers, mountain bikers, motorcyclists and equestrians who responded last year to a survey by El Paso County, which in 2015 assumed responsibility of the nearly 1,200 acres. That was amid a controversial chapter in the park’s deep history, dating back to Pikes Peak-bound wagon travelers. In 2012, revelations of an endangered strain of greenback cutthroat trout prompted contentious changes to the trail system within the Bear Creek watershed.

U.S. Forest Service Trail 667, also known as Cap’n Jacks, was a particular flashpoint. Finished in 2017, the reroute was a disappointment to mountain bikers, who had previously cherished the ride, and to some environmentalists, who noted the alignment still erodible and potentially threatening to the watershed.

Intended to be a seven- to 10-year guide for land management, the 115-page draft master plan identifies continued work on Cap’n Jacks as a short-term priority. Another Phase 1 item is closing what’s considered a “fall line” spur from Seven Bridges Trail climbing to Jacks — to be replaced by a new segment connecting with the non-motorized path to Loud’s Cabin as well.

Two other trails are envisioned as longer-term priorities. They amount to about 5 miles on top of the current 4.9 miles mapped in Jones Park.

A nearly 4-mile trail would achieve a loop in the southwest quadrant of the park, away from the watershed. The plan recommends it for all, including motorcyclists, who since being barred from the area upon the trout’s discovery have positioned themselves as official trail “adopters,” hosting volunteer days and offering funds.

The proposed plan also recommends a hiker-only trail ascending Kineo Mountain. It is to be built with sustainability in mind, unlike the “social” or “rogue” trails that have formed along the mountainside.

Those visitor-carved trails are “often an indication that users do not feel they have access to the places or experiences they desire,” the proposed plan states, reiterating a point made by the county contractor that researched trail concepts. Initially, last year, Altitude Land Consultants floated closer to 8 miles of new trail to help curb social trails.

The proposed plan claims to represent “a well-designed trail system” that “balances use and conservation by concentrating activity in appropriate, environmentally resilient areas while avoiding sensitive areas that are unsuitable for recreation.”

El Paso County is accepting feedback through Dec. 23. Find the draft plan and survey at: https://bit.ly/2W8LN7f