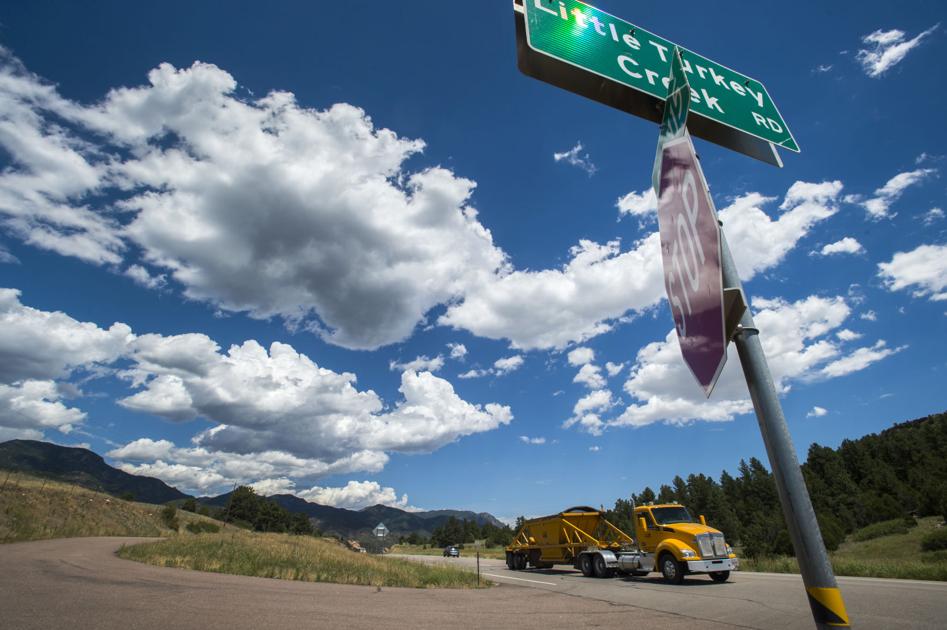 The staff of the Colorado State Land Board on Tuesday dealt a blow to an effort to renew plans for a controversial granite quarry on a ranch just south of Colorado Springs.

Cindi Allmendinger, the owner of the Hitch Rack Ranch, had asked the state land board for the mineral rights at her property. She contends her former business partner, Transit Mix Concrete, which holds the mineral rights, had abandoned efforts to mine the property off Colorado 115.

She said a new lease for the mineral rights should be drawn up for her because she has secured a new local investor, Kevin O’Neil, who formed the Colorado State Mineral Association, and he plans to seek a mining permit on her behalf.

Benjamin Teschner, the Colorado State Land Board’s solid minerals manager, in a letter to Allmendinger on Tuesday, said the land board staff had reviewed her application for the mineral rights and “has denied your request because this property is already leased for stone, sand and gravel mining to Transit Mix Concrete.”

A spokeswoman for the agency said Almendinger can appeal to the full land board.

A brook trout swims in a creek next to the road in Little Turkey Creek Canyon Friday, July 22, 2016. (The Gazette, Christian Murdock)

Allmendinger said she would consult with her lawyer on whether to continue pursuing efforts to mine the property.

“This makes it so hard to keep my business going,” Allmendinger said. “It’s crushing. I’m just trying to move my business forward, and they keep damaging it with moves like that.”

Even if the state land board had transferred the mineral rights to Allmendinger and her new investor, she would have had to get approval to mine the property from the Colorado Mined Land Reclamation Board, which has rejected two earlier applications for mining permits.

A lawsuit remains active that was filed by Allmendinger’s family business, the RMBC Group, alleging the Colorado Springs-based nonprofit El Pomar Foundation exerted undue influence on RMBC’s previous relationship with Transit Mix to scuttle Allmendinger’s efforts to mine the property.

The lawsuit also alleges El Pomar used an illegal secretive lobbying campaign to block an earlier effort in 2018 to mine the property.

El Pomar has denied wrongdoing and is contesting the lawsuit, which is scheduled for a November trial.

The lawsuit alleges that agreement “also contains terms” requiring the company to “assign its mineral lease and/or mineral rights” for Hitch Rack Ranch with the State Land Board to El Pomar, which allowed the nonprofit to bring an end to efforts to mine the property.

El Pomar in a court document has provided answers to those allegations, but those answers were blacked out from the document due to a protective order issued by the judge on the case. Maureen Lawrence, general counsel for El Pomar, declined recently to comment on the specifics of the litigation, but in a statement she said, “RMBC’s allegations are meritless.”