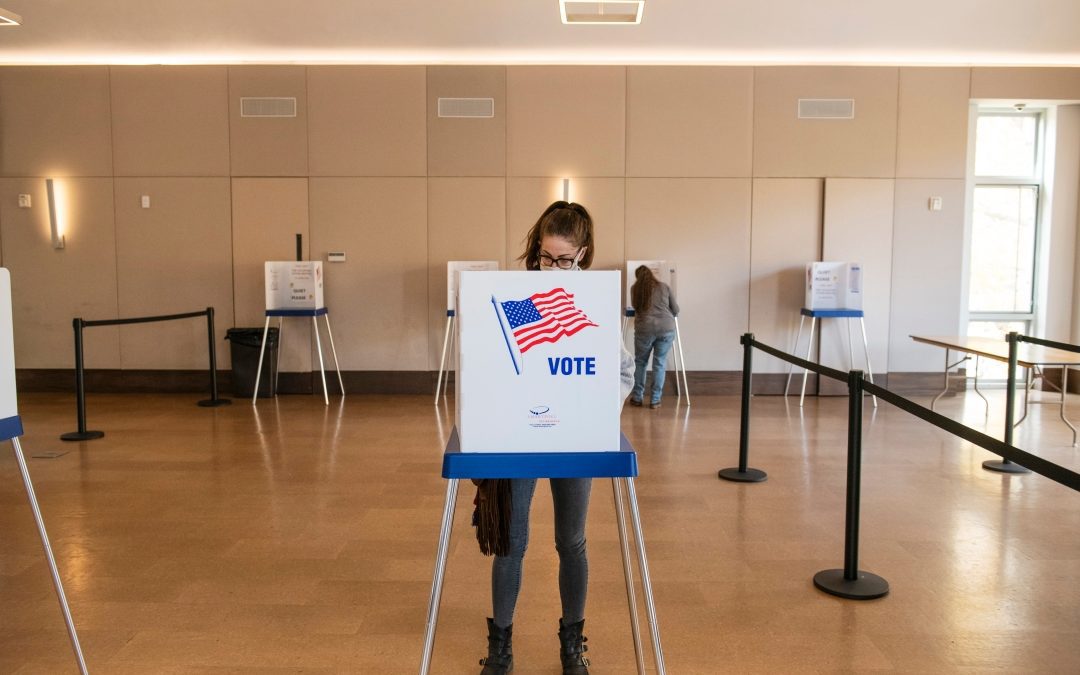 A deep-pocketed conservative political nonprofit that doesn’t disclose its donors funded almost every major Republican political group and effort in Colorado last year, according to a tax document obtained by The Colorado Sun that for the first time reveals the breadth of the organization’s influence.

The document reveals that Unite for Colorado distributed $17.2 million in 2020, including $375,000 to the Colorado Neighborhood Coalition, a nonprofit that lobbied Colorado’s redistricting independent commissions this year on behalf of Republican interests. The once-in-a-decade redistricting process may alter the state’s political landscape.

Unite for Colorado also donated nearly $1.4 million to Ready Colorado, a conservative education nonprofit that has backed Republican statehouse candidates and influenced policy at the Capitol. And it sent $310,000 to the Public Trust Institute, a nonprofit that filed ethics complaints against former Gov. John Hickenlooper that complicated the Democrat’s 2020 U.S. Senate bid and were the focus of many of Unite for Colorado’s TV ads against him. That spending was previously unreported.

Unite for Colorado’s financial details were revealed in a Internal Revenue Service 990 form filed by the organization for the 2020 tax year. The document shows the group brought in $18.5 million last year, making it one of the most moneyed and prolific spenders in Colorado politics.

Together, these people represent the scaffolding of the Republican effort to influence policy, win elections and reclaim relevance in Colorado after years of defeat.

“(Unite for Colorado) has become the most important fundraising entity for conservatives and for Republicans,” said Dick Wadhams, a former chairman of the Colorado GOP.

Wadhams said Unite for Colorado represents Republicans’ latest effort to match “the blueprint” conceived by Democrats in 2004, when a group of well-heeled donors, including Democratic Gov. Jared Polis, banded together to target spending to fund political action organizations and win races. There have been similar pushes in the past, Wadhams said, but “this one has become particularly effective.”

“We Republicans are finally catching up to where the left has been for 20 years,” he said.

Other previously unrevealed 2020 spending by Unite for Colorado includes:

Dark-money groups are nonprofits that don’t have to disclose their donors. Unite for Colorado is considered a dark-money group, too.

The previously unreported spending comes in addition to millions of dollars spent in 2020 by the group that was already known, including:

The group spent at least $4 million to support or oppose 2020 ballot measures, according to a campaign finance ruling against it earlier this month.

This year, Unite for Colorado donated nearly $1.3 million to The Committee for Spending Transparency, which supported a failed constitutional amendment – Amendment 78 – to require legislative approval to spend money from legal settlements or federal government grants. It gave another $875,000 to Cut Property Taxes, a failed initiative – Proposition 120 –  to cut property taxes.

Fields, who leads the Advance Colorado Institute, said Republicans are more powerful when they work together toward shared goals. Unite for Colorado has allowed GOP groups to do just that.

“For a long time conservative groups didn’t work together as well as they are now,” said. “I’ve been talking for a couple years now about being excited that people are on the same page about what issues we have been pushing and really how to combat some of the liberal control that has taken over this state.”

When Unite for Colorado came onto the scene

Fields said Unite for Colorado was really born out of the Democratic control of state government in Colorado that followed the 2018 election. Conservative donors wanted a path forward.

“You can’t pass a conservative policy when you don’t have the House, Senate or governor,” he said.

Unite for Colorado first surfaced publicly in March 2020 when it began airing ads criticizing Hickenlooper as he ran against then-U.S. Sen. Cory Gardner, a Republican. The group spent at least $3.5 million on TV ads in the 2020 Senate race, according to contracts filed with the FCC and reviewed by The Sun.

One Nation also spent nearly $1.5 million on TV ads to support Gardner in 2020. And One Nation gave more than $85 million to the Senate Leadership Fund, a super PAC that also supported Gardner.

Another unidentified donor gave nearly $9.7 million to Unite for Colorado. The group’s tax filing indicates it received 20 other contributions ranging from $5,000 to $500,000.

Zvonek, the former Unite director who is now a consultant to the group, said Unite won’t disclose its donors.

McNulty, who ran the Colorado Neighborhood Coalition, said that Unite for Colorado wasn’t the organization’s only donor. There were individuals who gave to the dark-money nonprofit, too, though Unite was a significant contributor.

He disagreed with Wadhams that Unite for Colorado is akin to Democrats’ blueprint.

“I think it’s a level of attention by folks that Colorado is not a hard blue state, that work needs to be done to educate voters and get people involved,” he said.

Sandberg, of Ready Colorado, said his organization also has a “variety of funders.”

The Secretary of State’s Office recently fined Unite for Colorado $40,000 and ordered it to disclose its 2020 donors after it spent $4 million to support or oppose three statewide ballot initiatives.

The Secretary of State’s Office enforcement staff originally recommended dismissing the complaint, filed in August 2020 and alleging the group should register as an issue committee because of how much it spent on the ballot initiatives. But Deputy Secretary of State Ian Rayder, who later left the office, recommended that the Attorney General’s Office advance the complaint to an administrative law judge.

That judge ruled in August that Unite should be fined $40,000 and ordered the group to disclose its donors, a ruling upheld by Deputy Secretary of State Christopher Beall.

Unite for Colorado plans to appeal the decision. They say the group did more than spend on ballot initiatives.

“That was the point we made to the secretary of state when they made their frivolous complaint,” Zvonek said. “The donations to ballot measures was nowhere near a primary purpose” of Unite for Colorado.

Republicans have complained about the secretary of state’s campaign finance enforcement, saying it’s biased against them.

In fact, Unite for Colorado asked Beall and the entire Secretary of State’s Office to recuse itself from acting on the administrative law judge’s recommendation. The office’s leadership group that makes such decisions is a “committee with a partisan elected official and partisan appointees issuing orders against their political enemies,” Unite contended.

Beall responded to Unite’s contention that “​​this argument assumes without evidence, and contrary to reason, that the deputy secretary or other staff would violate their oath of office to exact revenge on what Respondent claims is a ‘political enemy.’ Regardless, mere allegations, opinions, or conclusions unsubstantiated by facts are not legally sufficient to mandate disqualification.”

Each edition if filled with exclusive news, analysis and other behind-the-scenes information you won’t find anywhere else.

The day the fine was finalized, Unite changed its name to Advance Colorado Action.

The nonprofit faces another complaint filed this year after it donated $3.7 million to fund the two failed ballot measures on property taxes and spending.

Republicans also point out that Democrats benefit from dark money, too.

The groups’ combined spending is still about $3 million less than what Unite for Colorado spent in Colorado last year.

OpenSecrets recently acquired North Fund’s 2020 tax returns showing that the group spent nearly $49 million nationally in 2020, with $34 million in grants to various organizations. The $7 million North Fund spent in Colorado last year represented about 20% of the group’s total grants and 14% of its total spending. Most of the money went to ballot initiative committees.

Each of those groups faces campaign finance complaints filed in the past week, although those complaints may not meet the legal requirements of being filed within 180 days of the violation.

Unite and related groups transform for 2022

Unite for Colorado and some of the groups that it funded are morphing into different nonprofit organizations ahead of the 2022 midterm elections.

Meanwhile, the Public Trust Institute, the nonprofit led in the past by McNulty and Taheri that has filed legal actions against Colorado Democrats, will be folded into the Advance Colorado Institute.

All of the players and groups had been working together in some form or fashion over the past few years, but now they will be operating under a single name.

“It makes sense,” Fields said of the shuffle. “I just saw this as an opportunity to really focus in on the education side, the issue side of it, with this new entity.”

Fields, who used to lead the Colorado branch of Americans for Prosperity, has been known in recent years for his efforts to slash taxes and enact fiscal policy through ballot initiatives. Two of his measures this year — Amendment 78 and Proposition 119 — failed.

Fields mostly worked with 501(c)(4) nonprofits, which allowed him to do more work on candidate campaigns and ballot issues. He says he will “still have a foot” in that world. (Here’s an explainer on the difference between the two types of nonprofits.)

As Colorado Rising Action goes away, its national parent, Virginia-based America Rising, will handle any Colorado initiatives from now on. That national group did the research that resulted in the Hickenlooper ethics complaints, and continues to file public records requests with the governor’s office, secretary of state’s office, attorney general’s office and treasurer’s office.

Zvonek was elected to Aurora City Council last month with outside spending help from at least one of the groups funded by Unite.