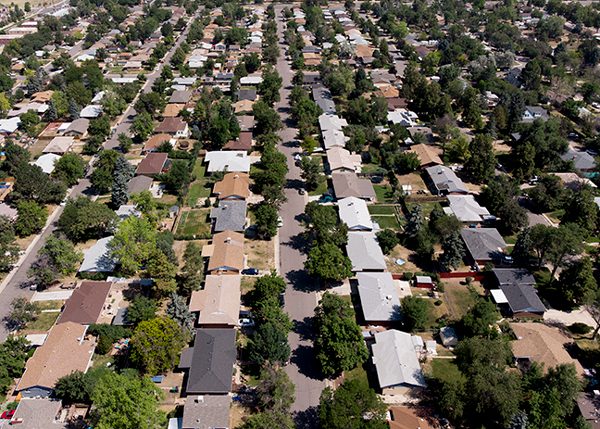 The once-in-a-decade U.S. Census count that occurred last year now gives some insight into the near future.

Data, released last month, will shape federal spending. It’ll guide redistricting groups in establishing a new Congressional district in Colorado. And at home, in Aurora, it shows how an already diverse community is growing and evolving.

The numbers are sure to set off an intense partisan battle over representation at a time of deep national division and fights over voting rights. The numbers could help determine control of the U.S. House in the 2022 elections and provide an electoral edge for years to come.

The data also will shape how $1.5 trillion in annual federal spending is distributed.

The data offered a mirror not only into the demographic changes of the past decade, but also a glimpse of the future. To that end, the numbers showed there is now no majority racial or ethnic group for people younger than 18, as the share of non-Hispanic whites in the age group dropped from 53.5% to 47.3% over the decade.

The share of children in the U.S. declined because of falling birth rates, while the share of adults grew, driven by aging baby boomers. Adults over 18 made up more than three-quarters of the population in 2020, or 258.3 million people, an increase of more than 10% from 2010. However, the population of children under age 18 dropped from 74.2 million in 2010 to 73.1 million in 2020.

“If not for Hispanics, Asians, people of two or more races, those are the only groups underage that are growing,” said William Frey, a senior fellow at Brookings’ Metropolitan Policy Program. “A lot of these young minorities are important for our future growth, not only for the child population but for our future labor force.”

“The 2020 Census confirmed what we have known for years — the future of the country is Latino,” said Arturo Vargas, CEO of the National Association of Latino Elected and Appointed Officials Educational Fund.

The share of the white population fell from 63.7% in 2010 to 57.8% in 2020, the lowest on record, driven by falling birth rates among white women compared with Hispanic and Asian women. The number of non-Hispanic white people shrank from 196 million in 2010 to 191 million.

In Colorado, the state remains about 65% white, new data show. That’s a dip of about 5 percentage points from the start of last decade. More than a fifth of the state’s residents identify as Hispanic or Latino.

White people continue to be the most prevalent racial or ethnic group, though that changed in California, where Hispanics became the largest racial or ethnic group, growing from 37.6% to 39.4% over the decade, while the share of white people dropped from 40.1% to 34.7%. California, the nation’s most populous state, joined Hawaii, New Mexico and the District of Columbia as a place where non-Hispanic white people are no longer the dominant group.

“The U.S. population is much more multiracial and much more racially and ethnically diverse than what we have measured in the past,” said Nicholas Jones, a Census Bureau official.

Some demographers cautioned that the white population was not shrinking as much as shifting to multiracial identities. The number of people who identified as belonging to two or more races more than tripled from 9 million people in 2010 to 33.8 million in 2020. They now account for 10% of the U.S. population.

The new Census figures show that there is now a 61.1% chance that any two Americans, chosen at random, will be of a different racial or ethnic group. That’s up from a 54.9% chance a decade ago. In Colorado, residents have about a 52% chance of being from a different racial group from their neighbors — an increase of about 6 percentage points from 2010.

Rise of the Multiracial Identity

The multiracial boom reflects the complex racial and ethnic diversity of the U.S. It also may be the result of changes the U.S. Census Bureau made in processing responses that better capture diversity and how it asked about race and ethnicity in order to better reflect the nation’s changing mosaic, experts say.

In an age of easily accessible DNA testing kits, the growth reflects a deepening of the way Americans think about themselves when it comes to racial identity, experts say.

Juan Manuel Pedroza, an assistant professor of sociology at the University of California, Santa Cruz, said the 2020 results should be regarded with some caution considering the hurdles the Census Bureau faced in getting responses and a history of undercounts in communities of color. Still, the increase in the percentage of people who identified as multiracial is significant and indicative of how the country is changing, Pedroza said.

Yes, the country is diversifying. But also, there’s much less stigma attached to being multiracial, and there’s more conversation about it. So someone who marked themselves as strictly white in 2010 may have chosen two or more races this time around in part because of societal changes, Pedroza said.

“As we talk more about multiracial identity, the boundaries around what it means to be of a single race, or just one race, I think those boundaries are changing,” Pedroza said.

Pedroza pointed to a study from a group of sociologists at Stanford who looked into whether the popularity of ancestry tests can change how Americans respond to survey questions about race and ancestry.

The study examined 100,000 adults in the U.S. who were registered as potential bone marrow donors and who, as a part of their registration, had been asked how much they knew about their ancestry, and how they came to learn it. The Stanford researchers analyzed those responses and found that people who have taken ancestry tests are more likely to identify as multiracial.

Still, that’s highly unlikely to account on its own for the dramatic jump in the numbers.

Flores, an assistant professor of sociology at The University of Chicago, said younger people might also be more open to identifying as multiracial.

“Of course, it’s not an easy conversation,” Flores said. But being multiracial “is part of my heritage as well.”

The largest combination of people identifying as multiracial was white and some other race, followed by white and American Indian and Alaska Native; white and Black; and white and Asian.

The highest growth rates over the decade for people identifying as multiracial were in states that had a low multiracial share of the population to start with — Arkansas, Alabama and New Hampshire — which in 2020 was less than 5%.

The Census Bureau says it improved the 2020 race question by adding space for respondents to write in further details about their race, so someone who marked “Black” could also write “African American” or “Jamaican.” When crunching the numbers, Census Bureau statisticians expanded numeric codes in order to better capture a wider range of how people self-identify in the write-in answers.

“The results that we see over time, we want to reflect and acknowledge the changes in both the social and political constructs in our nation’s history,” said Nicholas Jones, director and senior advisor of Race and Ethnic Research at the U.S. Census Bureau.

In Aurora, the number of people who identified as two or more races grew by 7,000 between 2010 and 2019, according to data from the U.S. Census Bureau.

The city has followed the national trend of metro areas becoming larger and more diverse. Often regarded as just a suburb of Denver, some 62,000 people have moved to A-town since 2010, with current population estimates pushing the city’s totals toward 400,000 residents. Projections for 2020 pin the city’s population at 387,377 residents, according to Census figures.

And while the number of white residents has decreased slightly, census data shows that there are now more Black, Asian, Hispanic/Latino and mixed-race residents.

Arapahoe County has the third largest population in the state, with 655,000 residents, behind just El Paso and Denver County. Adams County is in fifth place with 519,500 residents. Both counties saw an influx of about 80,000 new residents over the past decade.

The two counties also have slightly more young people than the national average. In Adams County, 25% of residents are younger than 18, followed by 23% in Arapahoe County.

The new detailed population data from the 2020 census will serve as the building block to redraw 429 U.S. House districts in 44 states and 7,383 state legislative districts across the U.S. The official goal is to ensure each district has roughly the same number of people.

Republicans need to gain just five seats to take control of the U.S. House in the 2022 elections — a margin that could potentially be covered through artful redistricting. As they did after the 2010 census, Republicans will hold greater sway in more states over the redistricting process.

“The question is going to be how creative this new data will force Republicans to get in maintaining or expanding their advantages, given an increasingly diverse, increasingly urban population,” said Joshua Blank, research director of the Texas Politics Project at the University of Texas.

In Colorado, an independent bipartisan group is setting the new district maps for congressional and state legislature seats. While neither map is final yet, Census data did ensure an eighth congressional district, likely to comprise communities in the northern Denver suburbs.

The congressional map keeps the four Democratic seats relatively safe, as well as preserving three as solidly Republican. It would add a new swing seat running from Adams County to Greeley that voted Democratic by 1.9 percentage points in last year’s Senate election.

That could make the final breakdown of the state’s congressional districts 4-4, an underwhelming split for Democrats in a state they won by 13 points in last year’s presidential election.

At the state level, proposed maps have seeded worry about how new district lines could potentially split up communities, especially Black, Latino and BIPOC communities.

“Our diversity is our strength, and it always has been. These Census numbers are an important reminder that Latinos must be better and more fairly represented everywhere, from classrooms to corporate boardrooms, and from newsrooms to the halls of power where decisions that impact our communities are being made,” Denver state Sen. Julie Gonzales said of initial maps.

Other lawmakers have echoed Gonzales and community activists have even taken to creating their own maps in an effort to preserve districts. The Colorado Latino Leadership, Research and Advocacy Organization submitted their own version last month.

“We drew these maps to center Latino communities of interest,” Alex Apodaca-Cobell, CLLARO’s map architect, said in a statement. “In the process, we found that preserving existing communities instead of dividing them drew us into compliance with all the other criteria outlined for the commission: adherence to the Voting Rights Act, contiguity, political boundaries, compactness, and competitiveness. These are the right maps for Colorado’s Latino population, yes, but they’re also the right maps for Colorado.”

More hearings for the maps are scheduled for this month, including one for Congressional District 3 at Aurora Community College on Sept. 10.

— THE ASSOCIATED PRESS contributed to this report