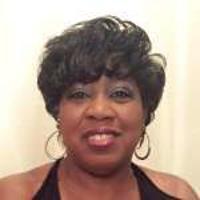 The verdict of the Derek Chauvin trial is in. Many are celebrating the guilty verdict.

Some of those celebrating the verdict are even saying that Colorado should follow the example of Minneapolis and their home state of Minnesota.

That idea is ridiculous.

Minneapolis has shown us utter incompetence in addressing police brutality and race relations. They have also shown us why defunding the police will not work.

So whether you are celebrating or commiserating, I think that we all are wondering – has this trial changed, decreased, or solved any of the issues that it raises in the national conversation?

To reach some conclusions, it is time to ask questions. We should look at the data, the ongoing research, and the outcomes of what has happened in Minneapolis and in Minnesota in response to George Floyd’s death.

When the incident happened, Minnesota legislators immediately passed legislation that; banned certain chokeholds, required officers to intervene in cases of excessive force and required data collection on officer misconduct. Their intent was to lower the use of force in policing in Minneapolis.

A look at the data gathered on use of force over 2020 revealed a startling thing. The use of force was only reduced for mere weeks after the killing of George Floyd.

And the incident of racial disparity in chokeholds by police officers was large. Sixty-two percent of those receiving them in arrests after Floyd’s death were black.

Julia Decke on behalf of the ACLU of Minnesota said, “These types of reforms, address a particular instance of police violence, they don’t change the system.”

In answer to the protests of last summer, the Minneapolis City Council promised to abolish and dismantle the Minneapolis police department. They pledged to decrease the amount of police officers on the street by at least 15%.

By the fall of 2020, crime overall was up by 25%. Residents brought complaints of reduced response times to City Council demanding that something be done.

In mid-February, the same city council voted unanimously to increase the police funding budget by 6.4 million dollars. Most of these funds will go to recruiting and paying additional officers as the police force is down by 200 officers and needs more personnel.

Perhaps the Minneapolis City Council should have spoken with their citizens in minority communities before making these changes. Cathy Spann, a community in North Minneapolis has said, “They didn’t engage black and brown people.” She goes on to accuse the city of leaving their communities unsafe with their “reform” measures.

On a recent MSNBC report Rev. Jeffrey McAffee also an activist in largely black North Minneapolis yells, “Defund the police at this time is positively insane! They have caused harm!” The report notes the 37% spike in homicides. Face it — the defund the police movement in Minneapolis has not worked to the betterment of its inhabitants.

In allowing its City Council to work at the behest of local Progressive activist groups, Minneapolis has managed to make its minority communities suffer as criminals are emboldened and disenfranchised minority citizens in what should have been a citizen-led voting decision.

While we may not all agree with everything in Colorado Senate Bill 217, the Colorado Police Accountability bill had input from both Democratic and Republican state lawmakers. Our new law also took guidance from law enforcement officers and the family and friends of Coloradans killed at the hands of police.

In Colorado we are making headway in police reform, having all communities give input to police departments and increasing public safety. Perhaps Minnesotans should copy what Colorado is doing.

Rachel Stovall is a long-standing community advocate and grassroots organizer in the Pikes Peak region.