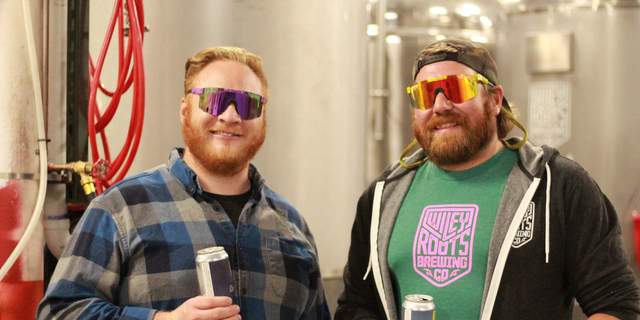 Wiley Roots Brewing Co. announced last week that Brandon Banbury, cofounder and head brewer of Hailstorm Brewing Co. in Tinley Park, Ill., will be moving to Greeley, Colo., in October to take over as the new production manager under the direction of Kyle Carbaugh, head brewer at Wiley Roots.

Wiley Roots Brewing Co. was founded by Kyle Carbaugh and Miranda Carbaugh in northern Colorado back in 2013. The brewery has been awarded medals at the Great American Beer Festival in 2018 for Mixed-Culture Brett Beer (Silver), 2017 for Mixed-Culture Brett Beer (Gold), 2015 for American-Style Wheat Beer (Gold), 2013 for American-Style Wheat Beer (Bronze), and 2017 for Bracket or Braggot (Silver) at the Mazer Cup International.

Hailstorm Brewing Co. was founded the same year by Brandon Banbury and his partner Chris Schiller. The brewery has been awarded medals at the Great American Beer Festival in 2017 for American-Style India Pale Ale (Gold) and Bock (Silver) and in 2015 for Bock (Silver).

Hailstorm Brewing and Wiley Roots brewing produced a collaboration beer in 2019, around the Great American Beer Festival, called “That John Denver is Full of Peanut Butter,” a Rocky Road Imperial Stout with peanuts, marshmallows, chocolate and milk sugar inspired by a quote from the movie Dumb and Dumber.

“Last year we had such a great time brewing that John Denver collab with Brandon and his team that we kept in touch after the beer was made,” said Kyle Carbaugh. “When the opportunity came up for us to hire a production manager, I reached out to a few friends in the craft beer industry to see if anyone was looking or knew anyone interested in the position. It just so happened that Brandon and his family were looking for a change and had always wanted to move to Colorado. The rest just fell into place.”

“It’s exciting for sure,” said Brandon Banbury. “A lot of things need to be done before we make the move, but everyone here has been supportive of our decision and I feel like Steve is going to do a great job. It’s bittersweet, but I am confident that Hailstorm will continue to be the same incredible brewery everyone loves and I’m excited to join Wiley Roots to grow my experience and make some great beers with my new team.”