Colorado’s trash bins are so full they’re fa-la-lalling over. Here’s why. 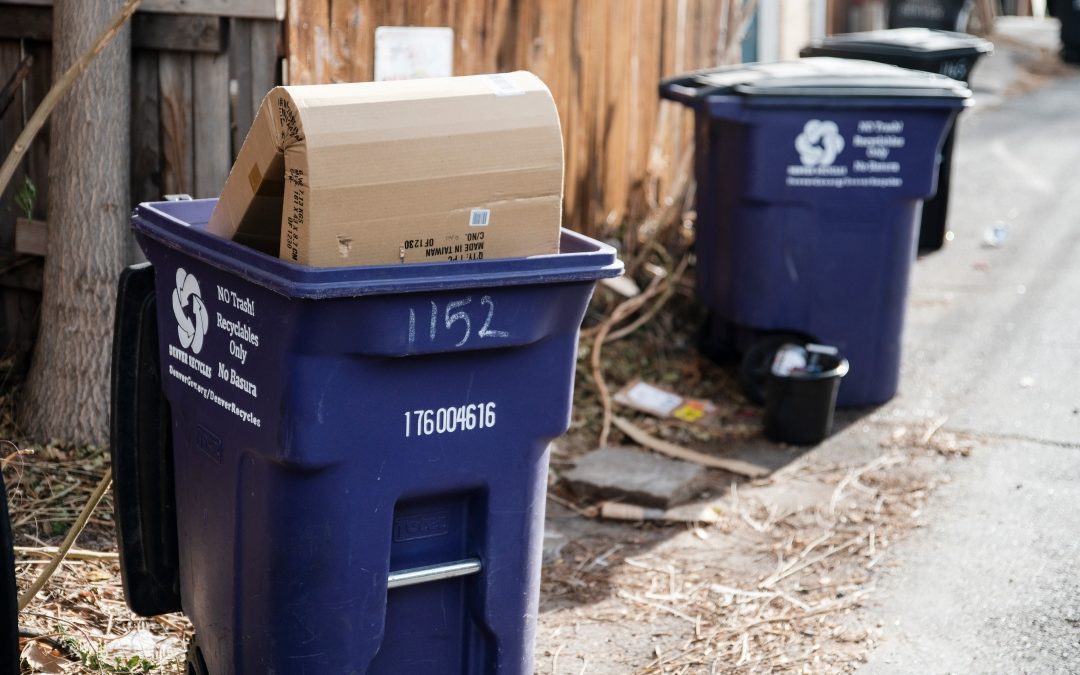 If it seems there is more cardboard and wrapping paper spilling out of your neighbors’ recycling bins in the next week, it’s not just confirmation bias for our assumptions about the excess of the holidays.

Household waste increases by nearly a quarter nationwide between Thanksgiving and Christmas, according to studies cited by Denver’s Office of Climate Action, Sustainability & Resiliency.

This year’s edition of the holiday waste tradition comes piled atop nearly two years of nonstop growth in home deliveries for pandemic coping, and all the resulting empty boxes.

“The increase in cardboard is huge,” said Charlotte Pitt, a manager in the Denver climate action office.

Talking to a sustainability and resiliency manager around Christmas is a bit like talking to a dentist after Halloween. Their job security is tinged with a palpable sense of futility.

Aside from the boxes, it’s the wrapping paper, Pitt explained. Most of it is so thin and bedecked it can’t be recycled.

“People always overestimate how much food to cook for large gatherings,” Pitt lamented.

Fort Collins recycling managers put out cheery, anti-glitter flyers that further tally the waste from gift-giving season. That includes 2.6 billion holiday cards sold each year nationwide. Plus 4 million tons of gift wrap and bags. Try not to think about the 30 million live trees cut for house decoration – at least they’re planting replacements for 10 years from now.

Denver’s Pitt has some more good news/bad news about the seasonality of waste. Like most cities in temperate climates, the actual weight – not volume – of overall garbage is trimmed by the lack of yard waste in December. Leaves have been raked, limbs have been pruned, that rock garden you meant to finish has become next year’s dream.

About half of what Denver throws away is organic material, much of it yard waste, the rest of it coffee grounds and egg shells and the kale that proved impervious to tenderizing.

The bad news? We’re abysmal at composting all of that. Denver’s overall recycling rate of about 20% of the waste stream lags well behind national big-city averages. A good part of that deficit comes from compost failures. While 96% of Denver residences have a purple recycling cart, Pitt said, only 29,000 residences pay the $9.75 monthly fee for a green composting bin.

Composting demand is up in recent years, but clearly not enough, Pitt said. “That is by far the heavy hitter if we’re really going to make a big impact in diverting waste,” she said.

No surprise then that Pitt’s recommended gift list is topped by 1) a container for the kitchen counter to collect organics for compost; 2) Ecogro compost from local Ace Hardware stores, which is processed Denver city compost that closes the loop for the conscientious; and 3) signing up a family member for a Denver-sponsored spring class in backyard composting, taught by Denver Urban Gardens.

Denver and Fort Collins have some other tips to keep you from a holiday waste freeze-up.

Pitt will strive to maintain optimism this holiday season. But she does not claim to be a miracle worker. The teenager who helped her decorate wrapping paper is not so keen on the sustainability of doing dishes.

“That,” Pitt said, “is the biggest challenge that I have not yet figured out.”