Colorado’s state Capitol likely to be fenced in — permanently 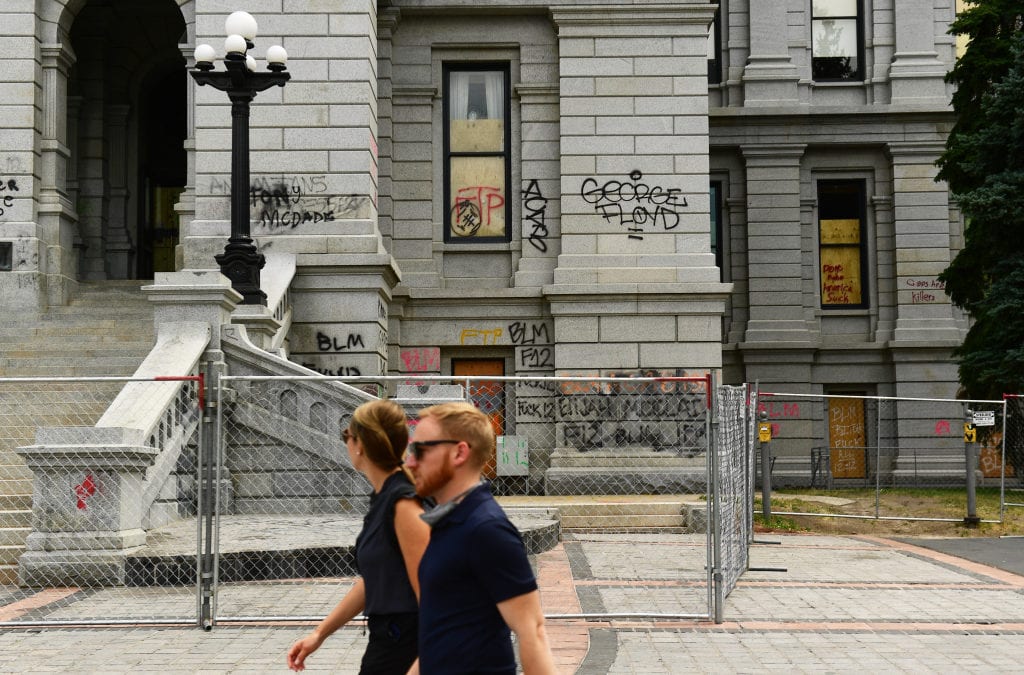 The Colorado Legislature is planning to put about $1 million toward a permanent fence around most of the state Capitol, The Denver Post has learned.

Recent renderings reviewed by The Post showed a six-foot-tall, wrought-iron black fence that rings the building, which is a landmark in downtown Denver, but does not cut off doorways or the Capitol steps.

Lawmakers say the fence — one of several planned security enhancements — would primarily be a response to during Black Lives Matter protests last year in the form of broken windows and anti-police graffiti. But they appear torn over the message it sends to erect a fence around a building often referred to as “the people’s house.”

“I don’t believe a fence says exactly what this building represents and stands for,” Senate President Leroy Garcia said of the planned fence in Denver. The Pueblo Democrat’s pickup truck was parked outside the Capitol and in late May.

GOP Sen. Jerry Sonnenberg from Sterling said a fence would “help slow looters and rioters down from destroying the Capitol. I think it would be helpful.” No looting was reported at the Capitol during the protests, but officials said it cost more than $1 million to remove all the spray paint and clean up the grounds.

A similar debate over fencing has played out in recent weeks in Washington, D.C., where officials are now planning to around the Capitol that were put up after the Jan. 6 violent takeover by supporters of former President Donald Trump.

The funding is baked into an $8 million budget allotment for Capitol construction — spending described in public budget documents merely as “security upgrades.”

Three different statehouse committees have approved the changes after being briefed in confidential sessions, according to Democratic Denver Rep. Susan Lontine. She chairs the Capitol Building Advisory Committee and said confidentiality is necessary because alerting the public to specific changes “can impact the ability to keep the building safe.”

About half of the $8 million in planned upgrades is set for bulletproofing windows, according to documents reviewed by The Post. Other planned enhancements include new security cameras and fortified doors.

Commerce City Democratic Sen. Dominick Moreno, who chairs the legislative budget committee and is the vice chair of the Capitol Building Advisory Committee, said Colorado’s fence is still subject to additional design review, but he believes it’s well on its way to getting final approval.

He also noted that the fence wouldn’t change the fact that the building is open to the general public.

Lawmakers at one point planned to put up permanent fencing around Lincoln Park — the green space immediately west of the Capitol — but scrapped that plan, which brought the overall project cost down from about $10 million.

It’s not clear when the Capitol fence would go up, but Lontine believes it won’t happen until the current legislative session ends this spring.