Colorado’s splintered mental health system has had tragic failures. The state is taking the first step to fix it. 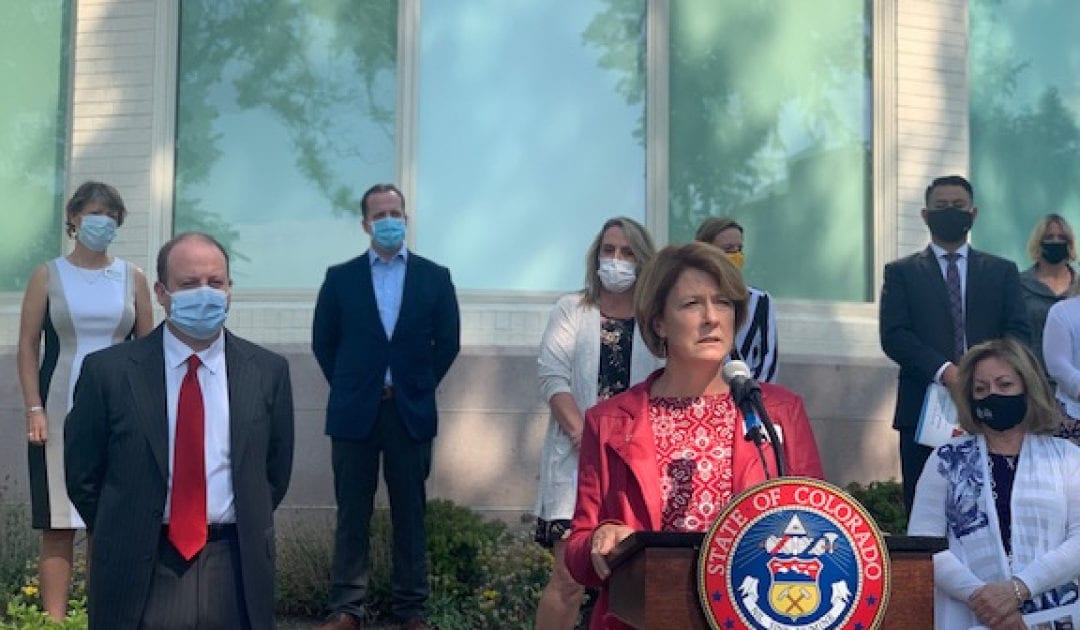 When Vickie Zacher found out her 11-year-old daughter was getting notes from kids at school suggesting that she kill herself, the Eagle County mom took her to a mental health counselor.

A program through Zacher’s job paid for three, one-hour sessions. But the price for more sessions was $270 per hour, and Zacher couldn’t afford it.

When her daughter turned 12, the girl’s pediatrician discovered she had been cutting herself and suggested she take medication. The first psychiatry appointment Zacher could get for Olivia was two months out.

A few weeks before that January 2018 appointment, 12-year-old Olivia tried to kill herself. The girl spent a few days in an in-patient Denver behavioral health program and was released after telling doctors she was no longer suicidal — a lie that other hospitalized children suggested the girl tell if she wanted to go home.

Zacher knew her daughter was still struggling, so she restarted her search for help and found a partial-hospitalization program. Olivia attended for 12 days — until the family’s insurance company said it would no longer pay.

On Feb. 7, 2018, three days after her 13th birthday, Olivia came home from school and killed herself. “My worst nightmare became real,” Zacher said.

Zacher shared her story Wednesday in a garden outside the governor’s mansion, recounting one of dozens of stories highlighting the massive failures of a fragmented mental health system told during the last year to Gov. Jared Polis’ statewide behavioral health task force.

The group produced an action plan that calls for creating a centralized office for mental health — named the Behavioral Health Administration — instead of the splintered system that now includes 75 programs spread across three state agencies.

“If we’re trying to prevent suicides, we also need to make sure we have a response to suicide and they are connected to each other,” said Robert Werthwein, the director of the state Office of Behavioral Health, which will oversee the new administration.

“We’ve really got to pull substance abuse and mental health together. We’ve got to stop treating them like they’re two different systems.”

The task force, which included 27 members ranging from mental health experts to county commissioners, wants the new state office to serve as a single point of entry for behavioral health care. The point is to avoid stories like the one shared by Zacher, who felt alone and without an advocate for her daughter as she tried to navigate the complex systems of treatment and insurance coverage.

Care coordinators at this new office would link Coloradans with the right programs and help set up funding, replacing a system that, for example, sends a person to one office for mental health care and another office to set up addiction treatment.

“If people walk in the door and say we need help, we’ve got to adapt to them, not them adapting to us,” Werthwein said. “We will walk with you through this very hard time.”

But there is no new money for what Lt. Gov. Dianne Primavera called a “massive transformation” of the behavioral health system, at least not initially.

Michelle Barnes, executive director of the state human services department, said the governor “has made it very clear that this isn’t the time to be putting a lot of budget proposals forward.”

“And we adapted and we changed and we are happy to say that this will cost you nothing new,” she said.

For now, the office will operate on existing funding within the state human services department. It’s unclear, however, how it would provide coordinated care navigators without additional resources.

Polis, who established the task force in 2019, praised the group for designing a “system that puts people first.” The current system is too fragmented, he said.

“It means too many Coloradans are slipping through the cracks when there are ways to help them,” Polis said. “We need to streamline this.”

For Zacher, help never came, no matter how many calls she made and how many times she argued with her insurance company.

“I do feel my daughter could have been saved, but she was just a number pushed through the system that failed us,” she said. “No one took the time to completely understand what my daughter was going through so they could help her.”