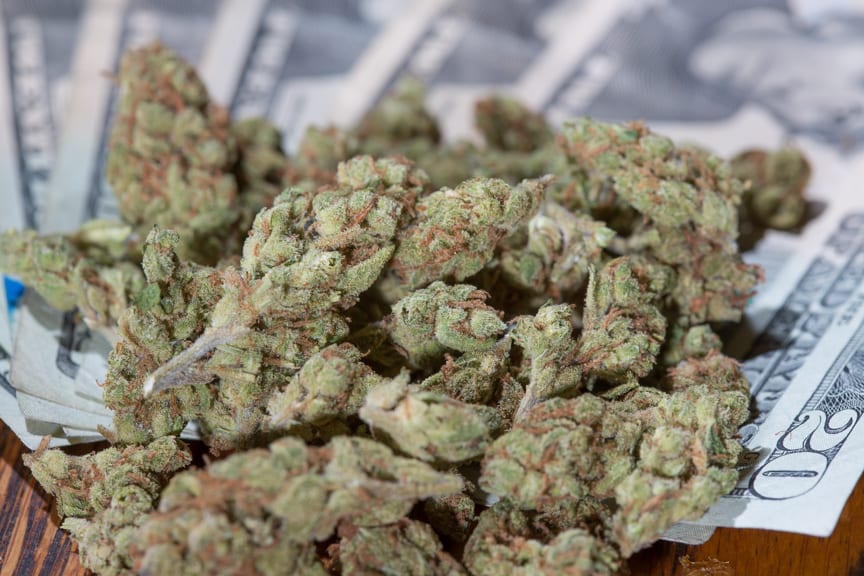 By Robert Davis | The Center Square

Since the state began collecting tax revenue on marijuana sales in February 2014, Colorado has brought in almost $1.6 billion in taxes on nearly $9.8 billion in total sales.

Colorado collects a 2.9 percent sales tax from both medical and recreational marijuana sales, and a 15 percent excise tax on retail marijuana.

State law requires marijuana tax revenue to be appropriated to local governments and the state’s education, transportation, and marijuana cash tax funds, depending on which tax source it comes from.

Sixty-fix percent of the total revenue comes from the state’s 15 percent retail excise tax, and 90 percent of this subtotal is reserved for the general fund while local governments are given the remaining 10 percent.

This piece was first published by The Center Square.

Marijuana Moment has also been tracking cannabis sales data from other states. The following supplemental information was not written by The Center Square.

In Illinois, there were more than $1 billion in marijuana purchases in 2020, state data released earlier this month shows. Recreational sales launched in the state one year ago, and it has since seen a significant upward trend in purchases, even amid the coronavirus pandemic.

The sales figures are resulting in a much-needed windfall for state programs. In October, officials announced that the state had so far collected more than $100 million in revenue from cannabis sales since the market opened.

California marijuana sales have also been going strong despite the pandemic. State officials said in November that they were on track to exceed $1 billion in cannabis purchases in 2020.

As of November, Massachusetts marijuana sales had officially exceeded $1 billion since the adult-use system launched in 2018, according to state regulators.

Over the summer, monthly cannabis sales in Oregon had averaged more than $100 million.

“Marijuana sales continue to be strong,” Oregon’s Office of Economic Analysis said in September. “Since the pandemic began, the increase in recreational sales have been more than 30 percent above forecast.”