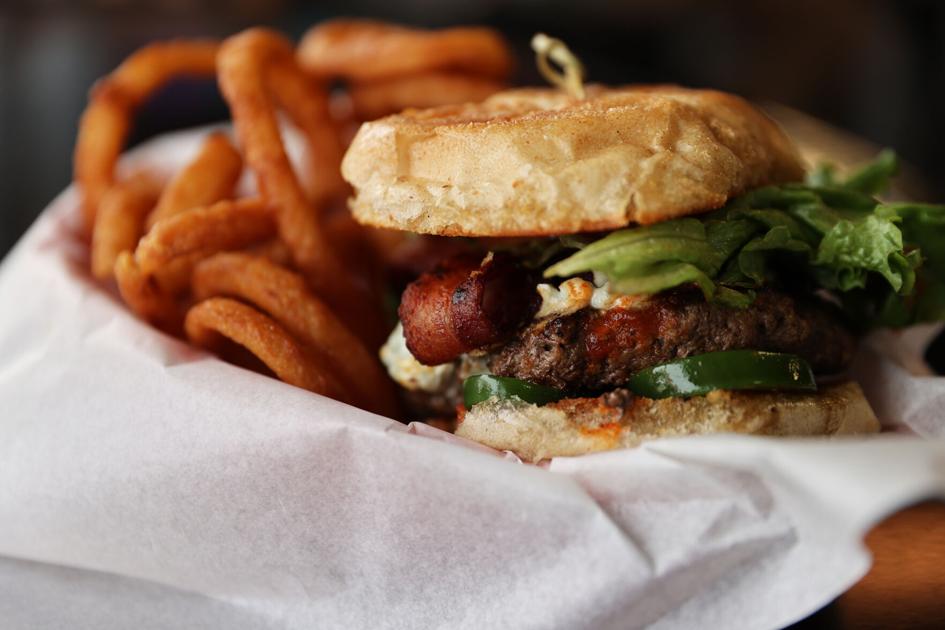 GUNNISON • Toss out your expectations of overcooked hotdogs and questionable taquitos along with the other trash you’ve picked up at convenience stores when you head into the Powerstop gas station, restaurant and bar in Gunnison.

Yes, the station sells gas, chips, Hostess Cakes and lottery tickets. But it’s not like most convenience stores where it can be wise to head for the prepacked fare and most alcohol comes in a can.

Powerstop is renowned for its fresh burgers and Philly cheesesteak sandwiches served with fries. Four beers are also always on tap or you can get a mixed drink as well.

To the steady stream of skiers, snowboarders, college students and others stopping in for gas and snacks, the massive menu of sandwiches and smell of grilling burgers can take some off guard.

“People walk into a gas station and they have low expectations of the type of food that they are going to get and we kind of blow that out of the water,” said co-owner Deven Bennett, who owns the business with his brother Sean Bennett.

The burgers are made from locally sourced beef and fresh bread baked at the nearby Luna Bakery, also owned by the Bennetts, he said. There’s not a signature burger at Powerstop; rather the brothers strive to offer a diverse menu. For example, the station serves up a spicy Hawaiian burger that comes with cream cheese, pineapple, jalapenos and sweet chili. The more traditional diner might lean toward the BBQ bacon burger, with cheese, bacon, lettuce, tomato and barbecue sauce.

Those interested in a slightly more formal dining experience can head next door to Quarters and Cocktails, a bar owned by the Bennetts and supplied with burgers from the Powerstop kitchen.

The bar offers board games, pinball machines, classic arcade games, such as Tron and Joust, and, on Wednesday nights, perhaps the most rewarding game of all — many chances at free beer either on tap or from the fridge. Beers on tap rotate and generally include Pabst Blue Ribbon and beers from Colorado brewers.

The free beer hinges on a quarter toss. Pick correctly — heads or tails — and a free drink is yours.

Crowds also used to fill Powerstop for stand-up comedy and concerts, sometimes much to the astonishment of the performers who found themselves performing in a gas station, he said.

“They are always kind of blown away,” Bennett said, of performers.

To make room for events, the shelves full of candy and chips and other convenience store staples slide away against the refrigerators full of drinks.

The making of Powerstop

The “little bit of everything” concept that has served Powerstop well during the ever-changing coronavirus restrictions was born during the recession when the Bennetts left the real estate industry following the housing market collapse, Bennett said.

The two bought the gas station out of foreclosure about 12 years ago and set about renovating.

“We wanted to not just have a normal gas station convenience store that was super boring you know,” Bennett said.

The restaurant is the primary focus of the shop and the kitchen was put in when the shop was remodeled, he said.

“We decided to take a burger theme and run with it,” he said, sporting a cheese burger hat.

The two called on their friends for inspiration to develop their menu, and those who proposed good burgers had their idea added to offerings and named in their honor, Bennett said.

The brothers’ friends also helped fill the walls with original art. A street-art style mural featuring a crazed moose chasing down a hamburger, a big horn ram and a bear joy riding in a hot rod overlooks the classic convenience store drink stations. Meanwhile a tribute to Nintendo’s Mario Bros. frames the counter where grill cooks send out their creations to diners.

The bar, Quarters and Cocktails, is about 2 years old and filled the space formerly occupied by the brothers’ ski and snowboard rental shop, he said. Like it’s counterpart, Powerstop, the space is multipurpose and when the bar is not serving drinks, kids are generally welcome to come in during the day to play games, although that’s on hold currently because of pandemic restrictions.

The shop also had to close indoor dining for a time like all other restaurants in the state, but the businesses’ diversity has been a blessing and so were the summer vacationers who came to Gunnison in droves because of the pandemic.

“This was probably one of our busiest summers we have ever had,” Bennett said.