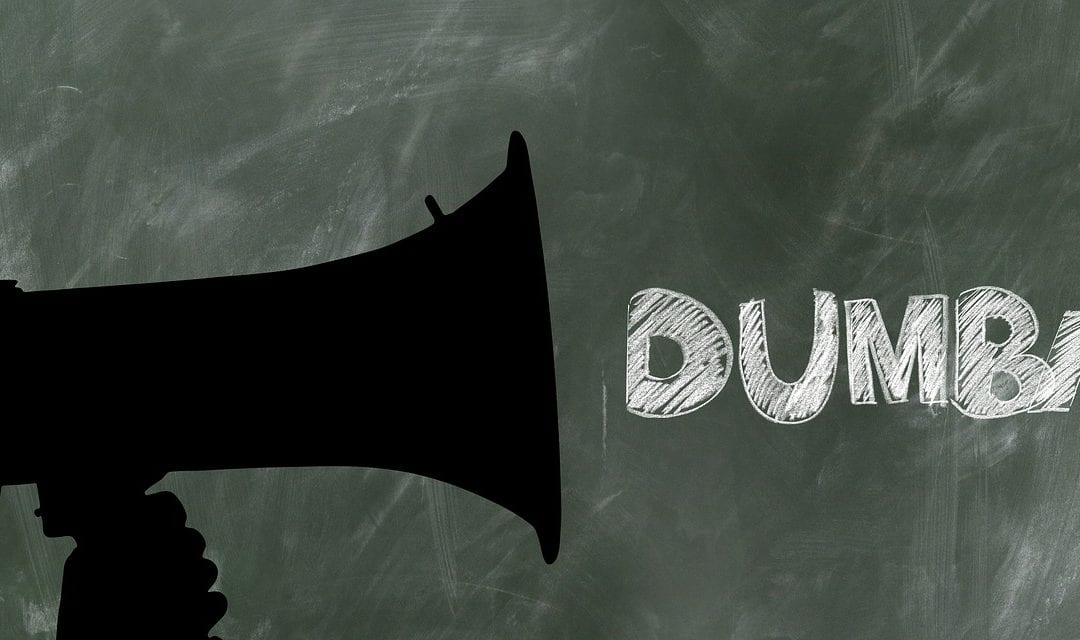 As with Obama, I’ve been confused over whether Polis problem was malice or sheer stupidity.

It turns out it’s stupidity.  No, seriously.

This dumb bunny has us all locked down and has now demanded we all wear masks or stay home because he believes a model that’s even more stupid than the one from England.

While the United States and rest of the world panicked in response to a widely followed — subsequently discredited — Imperial College London report predicting 2.2 million U.S. deaths if we did nothing, Colorado’s modelers, led by Dean Jonathan Samet of the Colorado School of Public Health, determined that 2.2 million dead was too low. Samet and his team created a report for Polis on April 6 that showed Colorado’s no-mitigation fatalities would be above 80,000. Applying their simulated death figures to the entire United States would mean 4.5 million Americans would die from COVID-19.

On several occasions, Polis has presented Samet’s modeling as the basis for his decisions regarding restrictions. Samet also appeared along with Polis at the governor’s press conference on July 9, where Polis referred to Samet as “Colorado’s Dr. Fauci” and his model as “informing state decisions.”

Look at that date. This dumb bunny actually believes this bullshit, even though the Imperial College model has been COMPLETELY discredited and proven insane.

Read that article. It’s amazing that Polis can manage to walk and talk at the same time, and since he’s made it impossible for him to be recalled during the “emergency” it’s time someone started a change.org petition to force him to wear a red nose at all times.  At that, it would be an insult to clowns.

We’d be better served if this arrant idiot took his clues from chicken entrails. As for the Colorado School of Public health, these people are obviously computer illiterate, innumerate, and unable to count their own toes twice in a row and get the same number.

As for business leaders and churches in Colorado: You’re going to go along with this buffoon and his Rasputin?

At least the idiots who pretended to believe Hitler’s theories had the excuse that they weren’t — not even the hollow Earth one — as fricken in your face dumb as this.  When you follow the orders of this mentally deficient, paste eating, cargo cult governor, do be aware of what happened to those who followed Hitler’s orders.

Does Colorado have a proviso for removing mentally incompetent governors? If not why not?

Let’s make this very clear: this complete arrant idiot is keeping people locked in their houses, only able to go out — even outside — while wearing face diapers that spread disease. He’s destroying the economy of Colorado. Because he apparently believes ALL stupid theories over his own lying eyes, he’s turning Denver into the Mile-Hi San Francisco, with homeless making the streets unsafe.

And he’s doing all this because he’s dumber than your common, average potato.

To clarify further: COLORADO NEWS STATIONS AND NEWSPAPERS KNOW THIS. They know it’s stupid to the level of eating your own feces. I know they know it, because I had to find out what this idiot was doing from the Federalist.  News sources in Colorado have buried this moron’s idiotic faith in a ridiculous computer model that can be discredited by anyone with two brain cells and a knowledge of Garbage In, Garbage Out.

Their complicity has been noted.

As for businesses and churches: IF you want to survive, it’s time to break out of jail. If you want to be polite about it, first inform Governor GIGO that he’s a moron, (Yes, you’d think he’d know it, but you know…. too stupid to.)  And send a letter to that School of Public Health and tell them they’re fired. The taxpayers of Colorado could more advantageously bring in a Voodoo priest to do chicken sacrifices on their behalf. He’d probably be cheaper, too.

Because this arrant insane clown and his posse are going to keep kneeling on Colorado’s neck till the economy collapses and real estate with it.  They’re going to stare, gold-fish-like into the depths of their self-confirming reality-ignoring program and tell us we’re all going to diiiiiiiiie if they don’t further curtail our lives, our liberties and our pursuit of happiness.

And — wait for it — this clown-shoes fascist thinks he’s safe because he’s made it impossible for us to recall him and thanks to fraud by mail knows he can manufacture enough votes to stay in power.

He thinks — honest to bog — that this makes him SAFE.

I probably shouldn’t be surprised. Apparently computers are just the tip of his ignorance. He’s obviously also never studied history.  Has anyone made sure that he can READ? Because at this point I kind of doubt it.

Hey, Polis, you clown-shoes brain damaged moron: snap out of your cargo-cult faith in a risible computer model and stop killing my state.

The only people even dumber than you in this state are the media who hide your idiocy and the church, business and cultural institution leaders who have somehow failed to notice you only have two functional brain cells in your head, one of which is devoted to power seeking, and one to believing the most bizarre nonsense.

The rest of us aren’t that stupid. We’re just being kept in the dark.