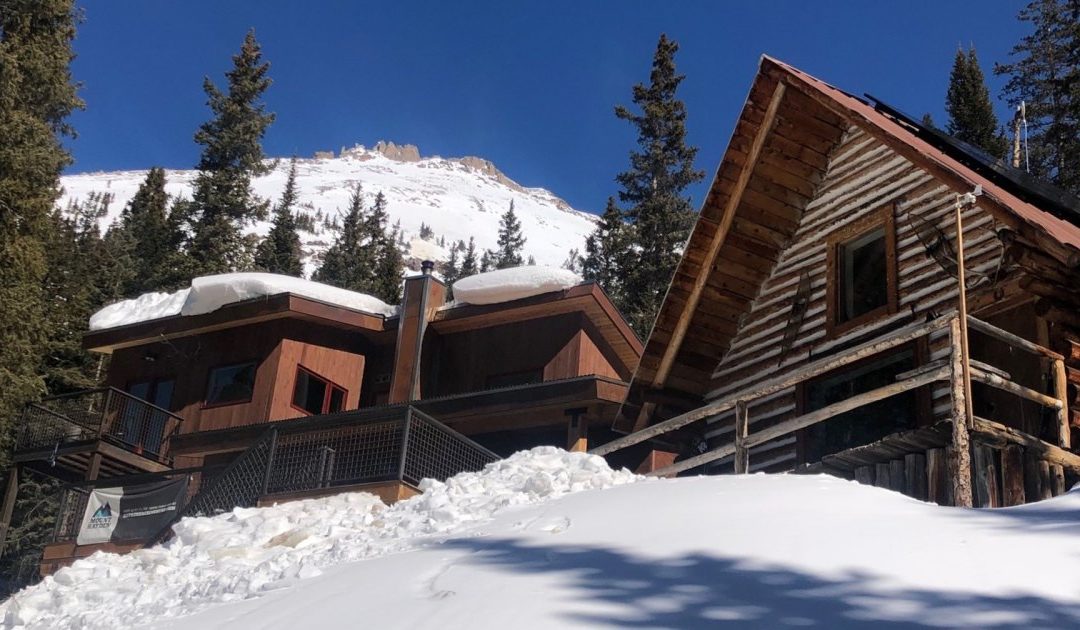 Perched at 11,100 feet elevation in the majestic San Juan Mountains, Colorado’s newest ski- and four-wheel-drive-access eco-lodge comes with something most huts don’t: a built-in chef, who has breakfast waiting before you depart on the day’s adventure, then appetizers and dinner waiting upon you return.

Opened full-time just this past winter, the Mount Hayden Backcountry Lodge combines some of the state’s best scenery with culinary delights, leaving you free to focus on exploring the grand surrounding terrain. Your host and owner: Eric Johnson, a former 10-year chef at Boulder’s five-star Flagstaff House who’s now taking his high-end fare to high altitude.

“It just kind of happened,” says Johnson, who purchased an old mining-claim cabin two years ago and has since turned it into the state’s newest backcountry abode. “The only thing we could think to turn it into was a hut—which married well with my background in hospitality.”

These Scenic UTV Trails in America Are Endlessly Entertaining

Requiring a 4.5-mile ski-in during the winter (but drive-able via four-wheel drive in summer), the hut sleeps 18 in bunkbeds and doubles and, even at its elevation, comes with spring-water plumbing, showers, flush toilets, a two-person, wood-fired hot tub and more, including a comfy fireplace-lined living room where you can tell the day’s tales.

Johnson works his magic in a full kitchen, complete with refrigerator, oven and six-burner stove abutted by an open counter where he can converse with guests while chopping garlic. Our fare after earning our turns: medium-rare T-bones with fresh-baked bread, gargantuan salad and mashed potatoes (Night One); and pasta with a bolognese sauce on Night Two. (If you’re lucky and he harvests an elk, add tenderloins to the list.) For breakfast, expect vats of fresh coffee, a heaping bowl of scramblers with all the fixings and Mount Hayden hash browns.

Johnson first saw the place in January 2017 after skiing up to it and finding snow halfway up its doors. It had been “taken over by hippies” in the summers, he says, but he quickly saw the potential. With help from friend Mike Pennings, they hauled materials in and spent two years building it, unveiling it to guests just this season. “It was a pipe dream, but it came together pretty well,” says Johnson, who’s also happy to point out the best ski lines for the conditions, or recommend a four-wheel drive route. “It was always my dream to build a European-style, full-service backcountry lodge like this.”

While the skiing includes everything from high alpine couloirs and bowls to lower-angle trees, Johnson expects its summer business to really boom, drawing mountain bikers and four-wheel-drive aficionados to the San Juans’ heralded Imogene Basin and Pass, which connects the historic mining hamlets of Ouray and Telluride.

“The four-wheel-drive options here are definitely world-class,” says Johnson, adding that the hut sits along the famous Alpine Loop Trail linking Ouray, Telluride, and Silverton. “It’s a mecca for experienced four-wheelers and neophytes—it’s a pretty unique and special destination.”

Whether there for the skiing, four-wheeling, mountain biking, birding or wildflower hunting, he says the terrain offers something for everyone, no matter their ability, with solitude and scenery—as well as succulent meals, its most redeeming features.

“You’re truly in the backcountry, but it’s still reasonably accessible,” he says.

And no matter your activity, a hearty, home-cooked meal highlights every outing. “I’m using locally sourced, organic foods as much as possible,” he says. “I want to hearken back to the olden days when people lived here.”’