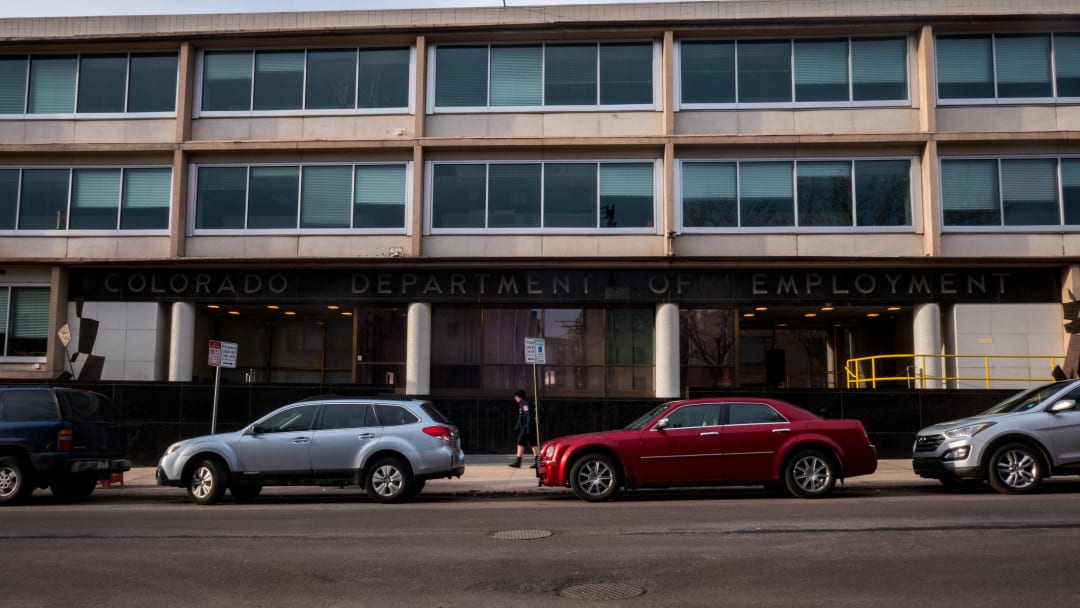 Colorado’s latest attempt to combat unemployment fraud had some noteworthy results in its first week.

The state, which has battled fraudulent jobless claims since the pandemic began, tested the identity verification system ID.me on 500 people whose benefits are on hold due to suspicious activity. But only 138 followed through to prove they are who they claim they are.

That doesn’t mean the rest were fraudsters — some may not have checked their inbox or spam folder. The state plans to reach out again. But the state was pleased by the results so far and will send out invitations to 2,000 more people on Friday, and then expand the program quickly to give those with fraud holds a chance to get verified and receive benefits.

“Claimants who refuse to (use) identity verification, or do not complete the entire process will continue to have their payments on hold,” Joe Barela, executive director of the Colorado Department of Labor, said during a press call Friday. “We really need people to go in and go through the process of using the new technology to verify their identity.”

The ID.me app was required by the new federal COVID relief bill after identity thieves made countless claims for federal aid last year. Last week, Department of Labor officials said that 950,000 accounts were flagged after anti-fraud measures were put in place. The measures stopped $7 billion from being paid to suspicious accounts.

However, there are also legitimate people among the nearly 1 million holds. Many are anxious since it’s been weeks or months since their last payment, and they’ve been unable to get through to a human at the unemployment call center. The call center, by the way, has answered 68,000 calls in the first 20 days of the month, Barela said.

For those with benefits on hold, a sure sign the account has been flagged for fraud is the words “program integrity” under account issues. People with that issue should call 303-536-5615 and tell the agent.

The state will send a link to qualified users to access the ID.me app. Users can only register for the ID.me tool through that link.

Other states have seen success with ID.me. California stopped taking new claims for two weeks in the fall to install the new technology. In the first few days, 101,159 people used the tool. Of those, 64% successfully verified their identities online, with about 6,000 needing the video-chat verification. The remaining 36% started the process but didn’t finish it.

“Another state that applied this mechanism went from 150,000 claims a day to 5,000,” said Cher Haavind, deputy director of the department of labor. “We certainly will give claimants ample opportunity to verify their identity with us, but without that identity verification we will not make payments on those claims.”

Earlier this month, 1099 tax forms were mailed to some victims who’d already reported fraud. That was a mistake, state officials said. The process to flag claims as fraud is manual. An overwhelmed staff was unable to stop all the invalid 1099 forms from being mailed out.

So last week, the state added a new form for victims to report the invalid 1099s. The state plans to send out corrected 1099 forms starting in the first week of February to both the victim and the IRS. Corrected forms should arrive by mid-March.

But anyone who suspects someone else abused their identity for unemployment benefits should file a fraud report form with the state — that includes employers who hear from the labor department about a worker filing for benefits even though the employee is still on the job. Other reasons to file the fraud report include receiving a ReliaCard from U.S. Bank or unemployment PIN notice.

The state has received 80,000 fraud reports from victims and employers. Now that the unemployment computer system has been upgraded, the process will be more automated to flag suspect accounts faster.

The agency also plans to send official notice to victims “on department letterhead” confirming the receipt of the fraud report for insurance or credit-reporting needs and also peace of mind.

“It’s more important (that we’re) not just saying, ‘Hey, we’ve received a report of fraud,’ but also to provide an update that we’ve received a report of fraud and taken action on the item that would certainly give what parties are looking for more of what they’re looking for,” said Phil Spesshardt, the state labor department’s benefits services manager.

If you received a U.S. Bank ReliaCard for unemployment benefits but didn’t file a claim, the state recommends: